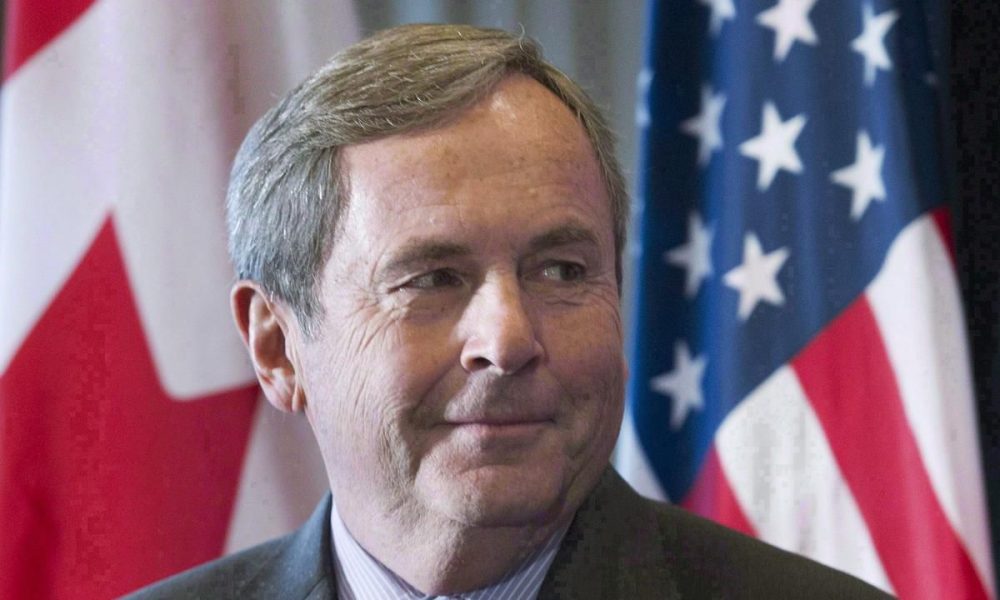 But Canada’s federal government is dismissing concerns about Canada’s ability to close the deal on a new NAFTA, known as the United States-Mexico-Canada Agreement (USMCA).

The Democratic party, which traditionally embraces trade protectionist sentiment, gained the upper hand in the House of Representatives and is set to take control of key committees in charge of deciding how quickly implementation legislation for the USMCA will advance, or stall, through Congress.

Subscribe to the Star to support our reporting on U.S. political news — and what it means for Canada

The federal Liberal government says it doesn’t plan the kind of all-out full court press of new Democrat legislators that it carried on to woo American support throughout the NAFTA talks.

“They may not be the biggest free-traders in the world but I think they see this agreement is good for Canada, it’s good for the United States,” MacNaughton said on CBC’s Power and Politics.

MacNaughton and other Canadian officials said they saw President Donald Trump’s reaction Wednesday to midterm results as a positive signal too.

During an extraordinarily acrimonious news conference where Trump slammed the media for not giving him credit for the booming economy, the U.S. president brushed off his past verbal slams of Canada’s prime minister.

He declared his rift with Justin Trudeau is repaired — “We have a very good relationship” — and said he would be able to work with Democrats to advance their interests in infrastructure and health care, and his interests in areas like border security and immigration. And, he said pointedly, the USMCA “has gotten rave reviews. Not going to lose companies anymore to other countries.”

Trump credited his use of tariffs on imports for retaining companies in America by giving them “a tremendous economic incentive, meaning it’s prohibitive for them” to move into other jurisdictions, and for reaching better trade deals. He said as a result America’s steel and aluminum industries which “were dead” are recovering and “our miners are working again.”

The USMCA is completely different than NAFTA, he claimed. “It’s not going to be like NAFTA which is one of the worst deals I’ve ever seen,” and he extended an offer of bipartisan co-operation.

“Now is the time for members of both parties to join together, put partisanship aside and keep the American economic miracle going strong.”

Chris Sands, director of the Centre for Canadian Studies at Johns Hopkins University, said in an interview that trade was not a big issue for either party in most midterm races, but it is likely to become a bargaining chip between Democrats and Republicans in the Trump administration.

The Democrats may want to leverage it in order advance their policies on immigration, infrastructure and health care, he said.

“I give the Trudeau (government) — Canada generally, a lot of credit. They’ll go down in history for the amazing effort they had to reach out to the Americans with data to say look how much Canada contributes to your district in terms of jobs, investment and trade. And they had the numbers and they were persuasive. They were cross-country, it was Congress, it was governors, it was state legislators.

“Now we have a lot of new faces, we have to start over.”

Maryscott Greenwood, CEO of the Canadian-American Business Council, said: “The Trudeau government’s charm offensive is going to have to double down.”

“I have a feeling there’s a lot of education that’s going to have to be done.”

She said the ratification of the deal will become the subject of a lot of arm-twisting between the Democrat leadership in the House and the Trump administration.

“The question becomes what will the Democrats ask in return for their support for the deal. It’ll be a horse-trade and it’ll be a negotiation,” she said.

“And that could take some time, and it’s complicated by the fact that the environment will be particularly contentious because the Democrats will be investigating the bejeezus out of the Trump administration.”

“That being said, it’s in no one’s interest to run the economy into the ground,” said Greenwood.

A senior Canadian official, speaking on a background basis only, said the Canadian embassy in Washington already has plans to reach out to congressional newcomers in the coming weeks.

But he emphasized that the reality in Washington is that seniority equals power, and Trudeau, his foreign affairs minister Chrystia Freeland and MacNaughton among others, already know many of the key players, and have met with them on several occasions.

The other key element, of course, is Trump himself. He has shown a willingness to use whatever executive powers he has, such as ordering tariffs levied in the name of national security.

The Trudeau government is coming under increasing pressure from steel and aluminum workers in Canada, not to ratify the USMCA deal while tariffs remain, and not to agree to to any caps or limits on Canadian metals exports in exchange for their removal.

Trudeau said earlier this week he is unlikely to withhold Canada’s ratification of the deal over the question of tariffs, but will continue to press for their lifting.

MacNaughton said Wednesday Trudeau is unlikely to appear at a signing ceremony to celebrate the USMCA as long as the tariffs stand. A Canadian official later said Trudeau would sign it, but would hold off on celebrations until tariffs lift. 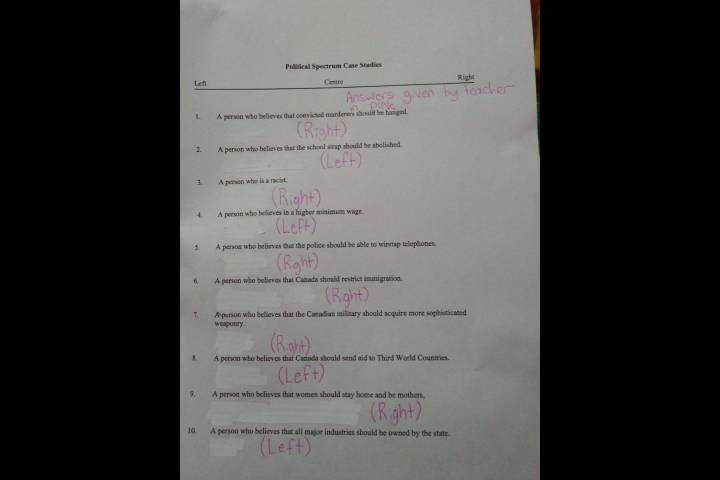 Fleming told Global News he learned through the media about an assignment that was supposed to teach Grade 10 students at Valleyview Secondary School in Kamloops about the different views in partisan politics. Students were given a list of statements and were asked to answer whether they reflected left-wing or right-wing views.

“A teacher made a mistake. They used a resource that didn’t do a good job and didn’t teach the curriculum well,” Fleming said.

Fleming said a parent did “the right thing” and complained about the resource to the school principal. The principal spoke to the teacher, and the teacher will teach the material better, Fleming said.

“This is a not a prescribed worksheet from the ministry and I found it to be offensive,” Fleming said.

Matt DeFouw complained to the school after his son sent him a copy of the worksheet. DeFouw, who is a self-described right-wing conservative, said students should be taught that the political spectrum is much more complex.

“You have conservatives … being painted as misogynist, racist xenophobes who want to enact a brutal police state that hangs people,” he said.

The Kamloops-Thompson School District was alerted to a post that DeFouw put up on social media and has since spoken with the parent.

“It is an oversimplification of those very complex ideas, which we need to revisit with those students,” Hamblett said.

The B.C. curriculum has gone through a recent overhaul and is more focused on group-based learning and critical thinking. But Fleming says in this case, the teacher used material that does not fit in any curriculum.

“The good outcome here is the teacher will go back in the class and teach that lesson plan over again with better material,” Fleming said.

A copy of the worksheet below provided by Matt DeFouw: 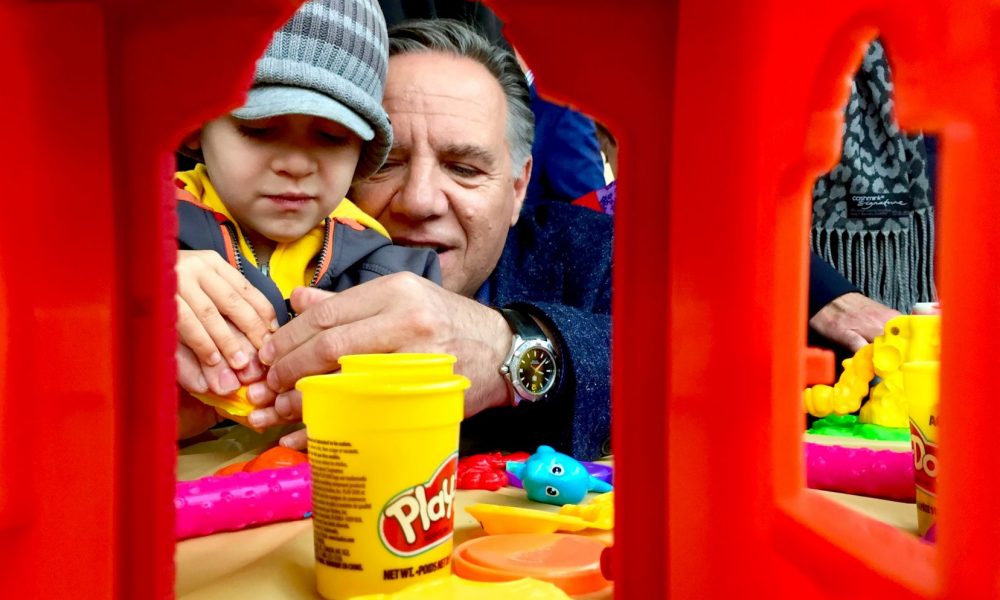 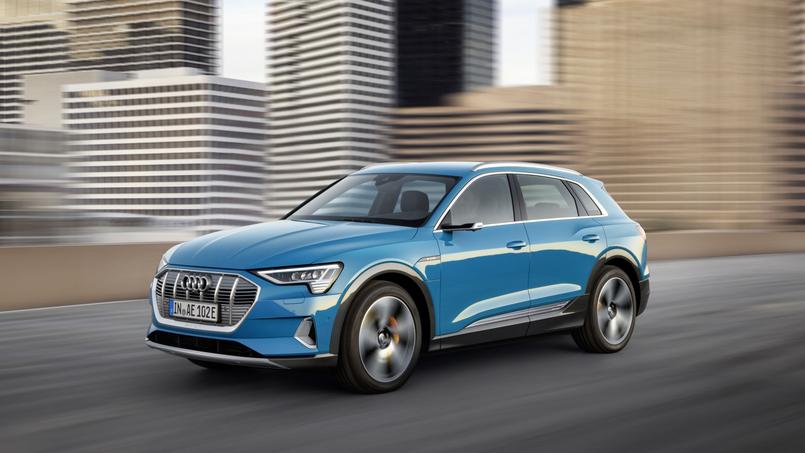