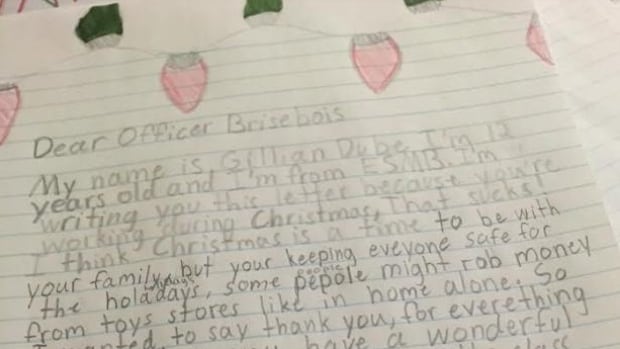 Two grade seven classes wrote 100 letters to every officer working to keep the city safe rather than enjoying the festivities with their own families. 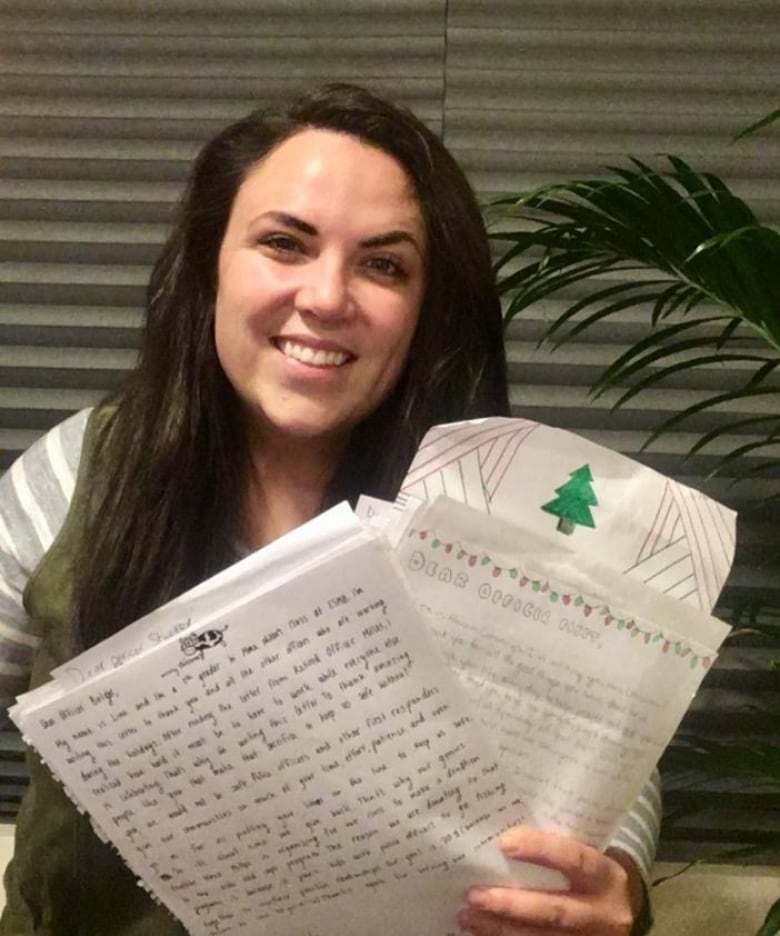 « It was all inspired by my father, » said Jennifer Miller, who teaches English to the students. « He’s a retired police officer and he loves Christmas. »

He’d told his daughter about his Christmas shifts in London being quiet and sometimes lonely.

« When you get a difficult call it’s made more difficult because you’re away from your family, » Miller recalled her father telling her.

She asked her dad this year to write an initial letter to students telling them about the ups and downs of policing. In the end, it kick-started the Christmas Day letter writing campaign.

« They were right on board, » said Miller. « Some students even wrote four letters. »

Some of the students have parents who are officers. One wrote a letter to her grandfather. All of the letters are personally addressed and hand-written with messages of thanks

I realize how hard it must be to work while everyone else is celebrating.– Lina, École Secondaire Monseigneur-Bruyère student

« We went old school! I told them no computers, » said Miller.

« Some people might rob toy stores like in Home Alone. So I wanted to say thank you.– Gillian, École Secondaire Monseigneur-Bruyère student

« So this is also a nice way to see police officers in a positive light. That they’re helpful and we should be thankful for them even though they sometimes do things that at times may seem difficult to swallow. » 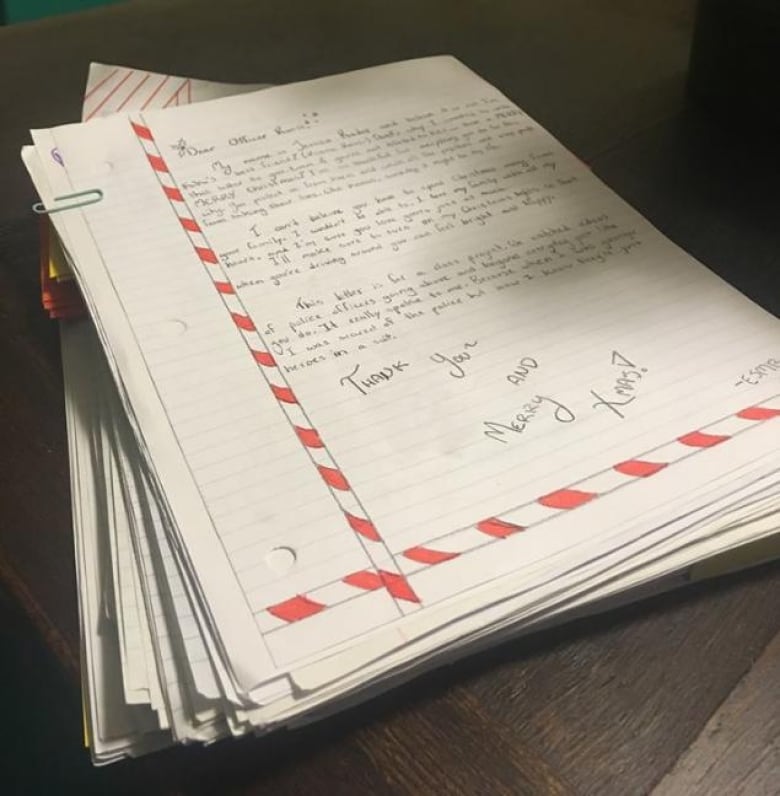 About 100 letters were written by students to London police officers to brighten their spirits while they work on Christmas Day.

The school’s resource officer was able to get the names of all of people scheduled to work Christmas Day, both day and night shifts.

Miller said, the students are probably the most excited.

« Some of them just think that police officers are heroes and now they feel a little bit like a hero too. »