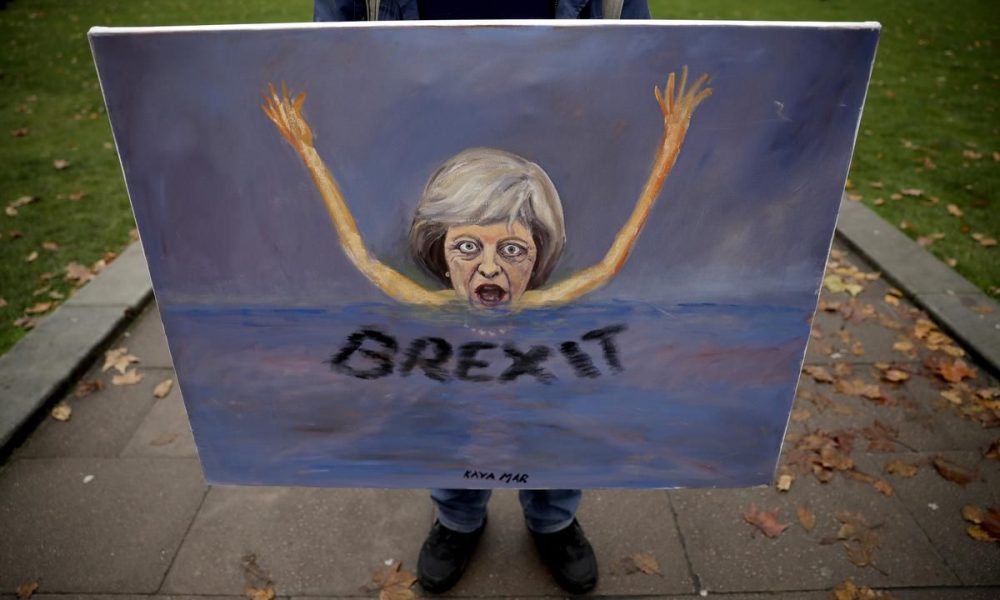 As Justin Trudeau travels Asia seeking new free-trade deals, he may want to spare a thought for embattled British Prime Minister Theresa May.

May is perhaps the unluckiest politician in the Western world. As home secretary under former prime minister David Cameron, she opposed Britain’s divorce from the European Union during the so-called Brexit referendum of 2016.

But as the person who replaced Cameron, she is charged with the near-impossible job of making that divorce happen.

That job has cost her the support of at least nine cabinet ministers and may ultimately destroy her prime ministership.

At one level, Brexit is a uniquely British story of political backstabbing, hubris and incompetence spawned by factional disputes within the ruling Conservative Party.

Like Stephen Harper before him, Justin Trudeau is a fan of free trade. He supported and ultimately completed Harper’s trade and investment pact with the European Union. He did the same with the 11-nation trans-Pacific deal.

He has spent much of his time in office trying to salvage as much as possible from U.S. President Donald Trump’s decision to rewrite the North American Free Trade Agreement.

This week, Canada’s peripatetic prime minister was in Singapore promoting a free-trade pact with the 10 countries that make up the Association of South-East Asian Nations: Indonesia, Thailand, Singapore, Malaysia, Philippines, Vietnam, Burma, Cambodia, Brunei and Laos.

While there, he also discussed the possibility of free trade with the prime minister of China before heading off to a summit of Asian and Pacific nations in Papua New Guinea to talk up — you guessed it — free trade.

Trudeau’s trade odyssey has taken on new urgency as the Liberal government searches for ways to reduce Canada’s dependence on Trump’s America, an America that has shown itself unwilling to play by the old rules.

But as the British are discovering, economic integration — however noble the motive — is difficult to reverse.

Britain’s 1973 decision to join what was then called the European Economic Community seemed logical at the time. It had lost its empire. Its future appeared to lie with Europe.

The United Kingdom remained a reluctant European. It refused to surrender its currency. It demanded exemption from some common policies. It whined about EU directives.

Nonetheless, its fate became increasingly interwoven with that of the EU.

The Good Friday agreement of 1998 that brought peace to Northern Ireland was predicated on an open border between Ulster and the Irish Republic. That was easy to accomplish as long as both the United Kingdom and Ireland were members of the EU. But with the U.K. soon to be out of Europe, that open border is in danger of being hardened up.

Will Republicans in the North accept this? Or will there be a renewal of Ireland’s troubles?

Yet if the border between Ulster and the rest of the U.K. is hardened instead (as May has proposed), will Northern Ireland’s unionists rebel?

Will Brexit, once accomplished, finally drive pro-EU Scotland to secede?

Certainly, this question should have been asked two years ago, before Britons voted to leave Europe.

But it also should have been asked many years prior, before they agreed to join it.

Is free trade reversible without causing massive harm? The Brexit experience suggests no. Economic integration, it seems, is a one-way street.

As it scours the world looking for more free-trade deals, Ottawa might want to keep that in mind.