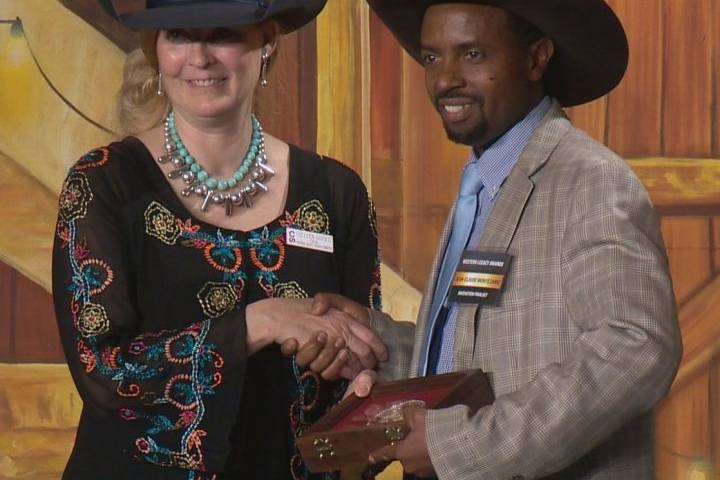 Community members were honoured at the Western Legacy Awards at Stampede Park in Calgary on Tuesday night.

The 14th annual awards recognized individuals and groups who use their talents and time to contribute to the city, and lead with “western values” to impact southern Alberta.

Murray McCann, the person behind the Field of Crosses memorial project, received the sustained contribution award, which recognizes individuals who create a legacy in the community.

For the group version of that award, Living with Cancer volunteers at Hospice Calgary won for fostering a network of support that helps to make people feel welcome.

The youth award was handed out to Tate Barton who started a lemonade stand that has since grown into a speaker series. His original goal was to raise $100 for the High River Cancer Clinic in memory of his late mother, but since starting the stand five years ago, he’s raised more than $34,000 for the cause.

Jean-Claude Munyezamu won the innovation award for his youth soccer work. After volunteering at refugee camps in Kenya, Sudan and Somalia, Munyezamu moved to Calgary and founded Soccer Without Boundaries, which aims to empower and connect immigrant youth.

The Chairman’s Award went to Elbow River Camp to honour teepee-holding families from Treaty 7 nations and to recognize their contributions to the city’s western heritage. According to the Stampede, this award has only been presented three other times.