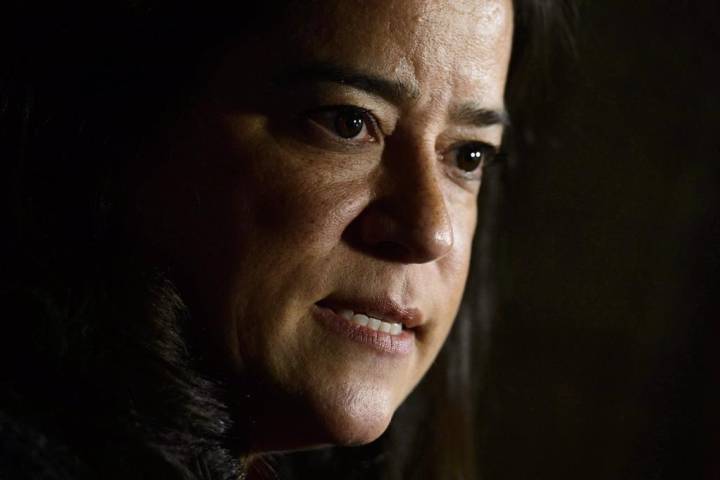 The Liberal government does not plan to change the Criminal Code to explicitly outlaw coerced sterilization — rejecting a resolution passed by First Nations chiefs on Thursday.

Heather Bear, the vice-chief of the Federation of Sovereign Indigenous Nations that includes 74 First Nations in Saskatchewan, said Thursday that Justice Minister Jody Wilson-Raybould — a former Assembly of First Nations regional chief herself, in British Columbia — must “do the right thing.”

“The prime minister of Canada has made all these statements on the national stage about truth and reconciliation,” Bear said in an interview. “We know the justice system doesn’t work for us but this is one way we can put an end to this. I’m really surprised.”

Dozens of Indigenous women say they’ve been pressured into sterilization procedures they didn’t want, or had them carried out without being asked when they were seeing doctors for other reasons.

Coerced sterilization must be criminalized to ensure legal accountability, Bear said, adding the issue is connected to the issue of violence against Indigenous women – the subject of a national inquiry underway in Canada.

“Now it is about killing the ones unborn,” Bear said. “It is really a devastating issue that I hope there is more and more awareness (about) each and every day.”

Bear’s comments come after Wilson-Raybould’s office said in a statement to The Canadian Press that it is taking a public-health approach to the issue.

“Our government believes that everyone must receive culturally safe health services no matter where they live,” said the minister’s spokesman David Taylor. “The coerced sterilization of some Indigenous women is a serious violation of human rights and is completely unacceptable.”

But he pointed to existing provisions within the Criminal Code meant to forbid “a range of criminal behaviour” including forced sterilizations.

Alisa Lombard, a lawyer leading a proposed class action of Indigenous women who allege they endured coerced sterilizations in Saskatchewan, said Thursday that changing the Criminal Code is the most concrete thing the government can do about them.

Lombard’s firm, Maurice Law, has listed the Saskatoon Health Authority, the provincial government, the federal government and a handful of medical professionals as defendants in its statement of claim.

About 100 women have now come forward to report they have been forcibly sterilized, Lombard said – a jump of 40 women since The Canadian Press published a story on the issue in November detailing a push from Ontario Sen. Yvonne Boyer to study the issue nationally.

An existing Criminal Code provision speaks to the involuntary termination of pregnancies. Another provision on aggravated assault applies to anyone “who wounds, maims, disfigures or endangers the life of the complainant.”

“We can point to the fact this has been an ongoing occurrence since the 1930s and so the absence of a preventive measure has clearly paved the way for it to continue to happen up until as recently as 2017,” she said.

Saskatchewan appears to be the “epicentre” of the practice, Lombard said, adding her firm has also heard from women from Ontario, Manitoba, Alberta and British Columbia.

In late November, a rapporteur with the United Nations Committee Against Torture in Geneva said forced sterilization must be seen as equivalent to torture and asked for Canada to consider specific criminal provisions covering it, regardless of whether it’s done by a public agent or private individual.

Human-rights groups – the Native Women’s Association of Canada, Amnesty International Canada, and Action Canada for Sexual Health and Rights – are expected to respond to recommendations to be released by the committee on Friday.