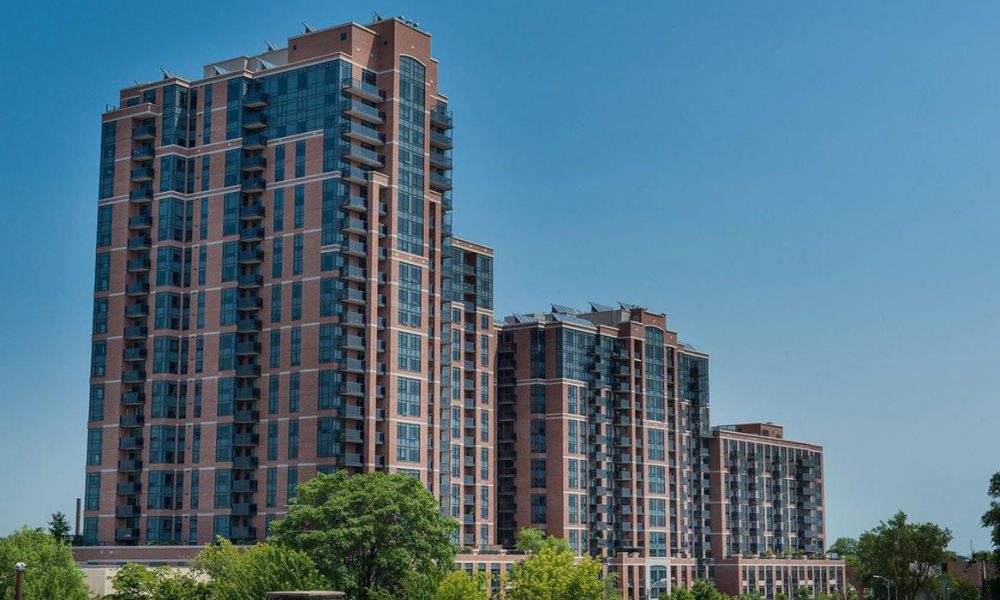 Toronto needs to think outside the box — or the condo tower — when it comes to solving its housing challenges. Put another way: “It’s time to hack the condo model,” says the executive director of the Ryerson City Building Institute.

Its latest report surveys ideas that are creating more middle- and lower-income housing in other cities and at home — notions, Cherise Burda says, that bear further exploration.

“I’m tired of the same old conversations about supply, supply, supply,” she said. “It’s time to start thinking creatively. If you just keep doing things the same way, you’re just going to end up with the same housing.”

Architect and developer Heather Tremain agrees the housing industry needs to step up its game. She is CEO of Options for Homes, a social enterprise that builds what it calls “below-market ownership housing.”

“For us, one of the challenges is we work in a market context. Everything is more expensive — exponential increases of land values. Last year construction prices rose 12 per cent. All of those things make it really hard to deliver something affordable in this market,” she said.

It’s the reality in the gentrifying city.

“To some extent we are becoming more of a luxury market,” said Tremain.

Changes in the way people are living and creating families provides an opportunity for the real estate market, she said.

Here are five ideas that could help Toronto confront its housing affordability challenge, according to the City Building Institute’s “Rethinking the Tower” report.

Most Toronto-area pre-construction homes are sold with a base package of fittings, fixtures and finishes with the opportunity to pay extra to upgrade features from flooring to countertops. But what if you could just buy the finished shell of a house or apartment and furnish it at your own pace and price?

A British-based not-for-profit, Naked House is supported by grants, investments and access to public land. It keeps building costs down by providing buyers with a nearly bare box at about 20 to 40 per cent less than standard market price. Purchasers get a livable home built to code with basic plumbing and energy-efficient electrics.

There are income qualifications, and purchasers have to live in the part of London where the housing is being developed. They must also demonstrate they have the know-how or money to finish their unit.

The Naked House website promises that the lowest-priced homes are affordable to those earning the London median income of about $59,000 (Canadian) and should never cost more than a third of the buyer’s gross household income.

It calls its target market “generation rent” — those with too much income to qualify for publicly assisted housing but not enough to buy a home at the going market price.

Although it resists being labelled as “modular” construction, developer JvN/d’s design for a Hamilton apartment building calls for it to be sold in 250-square-foot lots, allowing buyers to purchase one or more to create units of up to about 1,000 square feet.

Van Nostrand calls it a vertical subdivision and says it’s similar to the way office space is sold and leased — with a recognition that uses and needs change.

It gives young adults the option of staying in the city when they might otherwise have children and look for a house somewhere else. It also provides an ownership opportunity for people with incomes in the $60,000-to-$80,000 range, less than you need to buy a typical condo in Hamilton.

All the units would be fitted up to building code standards but buyers would have the option of purchasing a unit finished or unfinished.

There are variations in other parts of the world. Pocket Living in London is using factory-made housing modules that are assembled on the building site for homes that sell for 20 to 40 per cent below market price.

Amsterdam’s Superlofts by Marc Koehler Architects is fitting a building shell with modular units that can be designed to the taste and budget of the occupants.

The line on assembly

Factory construction where some elements are built off-site can reduce construction cost by 25 per cent and reduce timelines by as much as 50 per cent, said Burda. That was the case with a Scarborough seniors home where 413 exterior wall panels were built by PCL Construction in Etobicoke.

“It’s like Lego. Some of these companies can build a floor a day because they build them off-site in a controlled environment. They’re energy-efficient modules. Then they transport them and they assemble them on site,” she said.

The micro-condo has arrived in Toronto. But in many cases those small units come with a cost per square foot that veers toward luxury living because of the amenities. Burda suggests that family condos can also be brought down in size if the amenities in the building are the ones families need.

She likens it to the way families want to live in a single-family house.

“It’s a yard, a garage for your stuff and a play area for kids. That’s really becoming the thing for good co-living to build a big playroom for the kids that everybody can share and keep their toys in; outdoor spaces, and a lot of places provide a workshop, the alternative to a garage where adults can build stuff and fix your bike,” Burda said.

The report profiles a purpose-built rental in Vancouver that includes a DIY workshop, individual garden plots and a dog-wash, but with relatively small individual units.

At the Ollie at Carmel Place in New York, affordable units for low- and middle-income residents are integrated with micro-units at market rents. There was no city money in the project but the builder saved through modular construction, some relaxed unit size standards and sped-up timelines.

Options for Homes has already built 2,750 homes in 11 buildings throughout Toronto, including the first residential units in the Distillery District. It’s been around for 25 years and it’s the kind of program Toronto needs to expand, Burda says.

The social enterprise works with its not-for-profit Home Ownership Alternatives financial agency to provide loans that banks recognize as equity. Buyers don’t have to pay interest or repay the second mortgage until they sell their unit. The homes offer base finishes — carpets and ceramic tile — and appliances aren’t included, although they can be purchased as part of a group buy. Some buildings have basic amenities such as workshops and children’s playrooms.

Options’ latest project includes a building that is 60 per cent two- and three-bedroom units suitable for families, Tremain said.

“You would never have seen that even a couple of years ago,” she said.