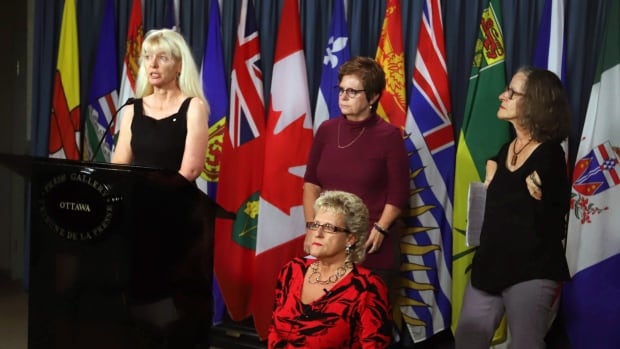 Thalidomide survivors have won the go-ahead in Canada to challenge a compensation program.

The Federal Court of Appeal ruled Thursday that a lower court judge was wrong to deny class-action certification, and appointed Bruce Wenham as representative plaintiff.

Toronto-born Wenham, 60, says he was born with deformed arms because his mother took thalidomide during pregnancy.

However, the government turned him and 167 others down for compensation because they had no proof of the link to the now-defunct drug.

Wenham argued the documentary proof requirements were unreasonable, and the Federal Court said the Appeal Court erred by citing a specific section of the Federal Courts Act to reject Wenham’s position.

The Federal Court of Appeal said Wenham’s case meets the criteria for a class action to proceed, though it stressed it was not an assessment of how likely it is that the plaintiffs’ claims would ultimately be successful.

In 2014, finding that compensation insufficient to cover their medical needs, the Thalidomide Victims Association of Canada, then representing about 120 survivors, requested that the federal government provide an additional lump sum of $250,000 person and annual payments of $75,000 to $150,000 each.

In 2015, the federal government announced a $125,000 lump-sum payment to each thalidomide survivor and an annual pension from the government of up to $100,000.

To qualify, one had to have received payments under the 1990 plan or apply before the end of May 2016, provided they satisfied a number of documentary proof requirements that they had been affected.