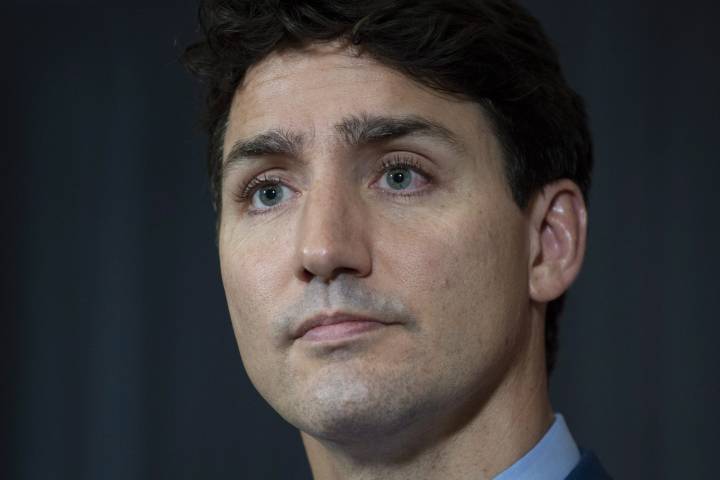 Prime Minister Justin Trudeau walks into this weekend’s APEC leaders’ summit with a chance to smooth over lingering sore feelings with some of Canada’s key trading partners on the Pacific Rim.

Trudeau will meet his counterparts from Australia and Japan, and have the opportunity to bump into leaders from the 21 countries in the hallways of the busy summit in Port Moresby, Papua New Guinea.


READ MORE:
Justin Trudeau pushes for negotiations with Asian trade bloc as early as next year

Observers say Japan, Australia and the remainder of an 11-nation Pacific Rim trade pact are still upset over how Trudeau skipped a key meeting last year where the group was expected to agree on a final text.

A deal did arise out of the fracas – the Comprehensive and Progressive Agreement for Trans-Pacific Partnership, or CPTPP for short – but observers say Trudeau’s counterparts continue to have hard feelings about last year’s incident.

“I still think the APEC summit will be damage repair from the last summit – almost pulling out of the (CPTPP) and the Japanese upset with us and the Australians cursing us – so I think there still needs to be some repairing of the relationship,” said Carlo Dade, an expert on trade in the Pacific region from the Canada West Foundation.

Trudeau arrived after dark in this island nation, walking a red carpet at the airport between two lines of traditional dancers before being whisked off to prepare for the opening of the summit on Saturday.

At a news conference Thursday, Trudeau said he planned to talk about expanding trade in the region during the Asia-Pacific Economic Cooperation summit.

“There are certainly discussions to be had around the APEC table about how we will continue to strengthen these trade ties,” Trudeau said.

“The APEC summit is specifically an economic summit for partnership with Pacific nations and that’s exactly what we’re going to be focusing on.”

Looming over the summit will be an economic tit-for-tat between the world’s two biggest economies – the United States and China.

U.S. Vice-President Mike Pence, who is attending the summit in place of President Donald Trump, is expected to force countries to pick sides as China looks to use the summit to extend its influence to smaller Pacific island nations in attendance.

Chinese President Xi Jinping is also expected to have some choice words in response.

Asked about it Thursday, Trudeau would only say that he looked forward to what Pence had to say.

Sen. Yuen Pau Woo, an expert on the Asia-Pacific from before his time in the Senate, said the divide between the two biggest players at APEC poses an existential threat to the trade region APEC was formed to foster. Without the U.S., there is a need for a North American voice to champion trade around the Pacific, Woo said.

“The only country that’s able to take up this leadership role…is Canada and it would be important that the prime minister, I think, assumes some of this responsibility,” Woo said.

“There is no other player in the Americas that, I think, at this stage has either the will or the means to be a champion for the Asia-Pacific region.”

Patrick Leblond, a senior fellow at the Centre for International Governance Innovation, said countries like Japan want to know Canada will be involved in the Asia-Pacific region more than it has been to help counteract China’s growing influence.

“They want to have Canada as a partner in terms of dealing with the pressures that the Chinese and now the Americans are doing in terms of trade,” Leblond said.

The economic battle has an unlikely backdrop in Papua New Guinea, one of the poorest members of APEC. Canada’s annual trade with Papua New Guineau is roughly one per cent of the amount of trade that goes across the Canada-U.S. border every day.

Global Affairs Canada’s travel warnings about Papua New Guineau warn of assaults, sexual assaults and violent crime often with the “use of firearms or machetes,” and suggest visitors “consider hiring private security” because police cannot be relied upon.

The meeting itself has caused a series of negative headlines for the national government over spending millions on a fleet of 40 Maserati cars to ferry around dignitaries.

China and Australia have invested heavily in the region, hoping to gain some influence. Trudeau will have a chance to address island nations Saturday, where he is expected to talk about climate change.