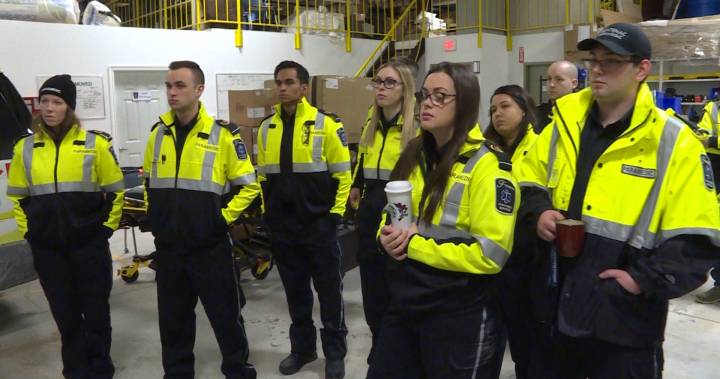 Frontenac County is on a hiring spree for paramedics, and 21 new recruits are currently undergoing training to work in the Kingston area.

Mike van Hartingsveldt, superintendent of performance standards with Frontenac County, and others are currently putting the new recruits through their paces as part of a 12-day orientation period.

“We’re excited to have them but we need to make sure that we are covering all of the bases.”

One of those fresh faces is Leah Clark. She’s a rookie to the Frontenac County agency but has actually been working in a neighbouring service for about two years.

Clark grew up in Joyceville and is a Lasalle Secondary School graduate. She says she’s always wanted to come home and work here, but the job competition is normally difficult.

Aside from Clark, all of the other recruits are from out of town, and some have come from far away to work in the Kingston area. Van Hartingsveldt says that tells you something.

“Being an employer of choice has, obviously, a positive ripple effect across the province,” he said.

“Other services can look at us to see what we’re doing to make things good for our employees.”


READ MORE:
An in-depth look at how Toronto’s paramedics work to save victims of gun violence, trauma

Nearly 300 people countrywide applied for the 21 jobs available in Frontenac County due to attrition and expansion of services.

Officials with Frontenac Paramedic Services say it’s one of the largest hires in the history of the local agency.