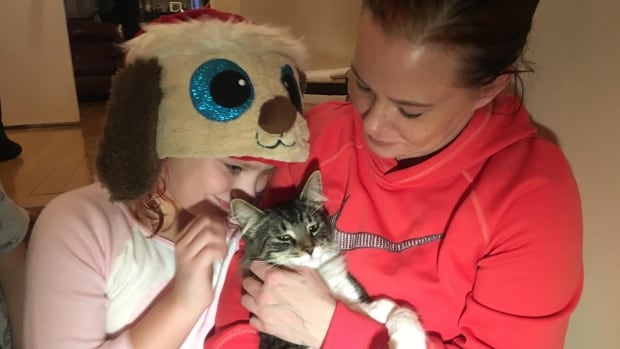 After an accidental trip via courier service, a 17-hour drive and a 2,400-kilometre round trip, the cat came back.

A Nova Scotia family was reunited with their pet Saturday night after the animal crawled into a box bound for Alberta more than a week ago.

Purolator employees discovered the cat in Montreal and called the local SPCA, which tracked down its owners.

Jacqueline Lake had been searching for her family’s one-year-old tabby for four days when she got the call.

She and her family thought the cat might have escaped while the kids were leaving for school. They put up flyers and went around the neighbourhood knocking on doors and looking under sheds.

« I was really starting to lose hope he was going to come back. He’s a very docile kitty, but he’s very curious and gets into things, » said Lake.

Lake guessed that the cat, Baloo, had crawled into a package containing a tire rim in the hour before she shipped it off. She thought it was strange that one of the packages weighed 10 lbs more than the others, but dismissed it as a possible problem with the rims.

Lake said she is « eternally grateful » to the SPCA and the network of volunteers with the organization Freedom Drivers who relayed Baloo back home.

« I didn’t have money to travel to Montreal to get my cat back, but we got him. I didn’t have to pay anything. It was pretty amazing they did this for us, » Lake said.

Her daughter Victoria Lake was bouncing up and down as she waited for her beloved cat.

« I told my mother, ‘Why did you mail my cat?' » she said. « He was probably sleeping and he snuck out to probably get some food. He does hide a lot. » 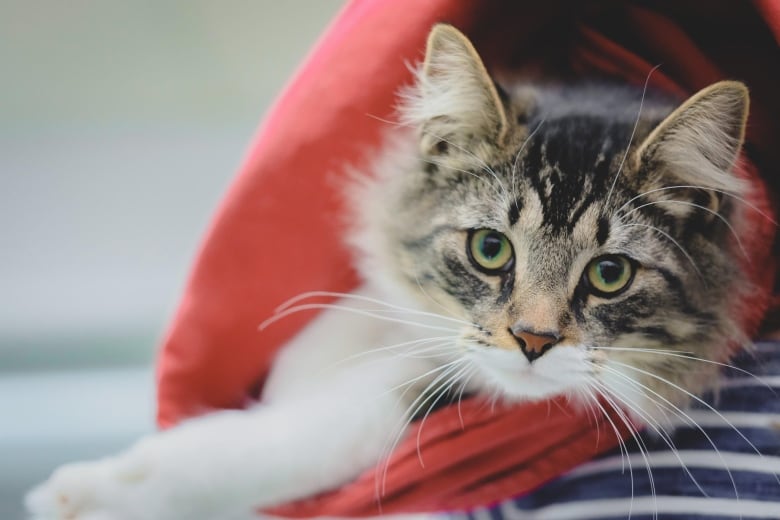 Baloo is safe and sound after volunteers drove him from Montreal to Dartmouth, N.S. (Montreal SPCA)

Baloo, for his part, appeared to be healthy. He ran straight to the family’s other cat and then to his food dish.

« I think he was a little stressed out. He’s really a big baby. I can tell from being in with the rims he needs his own little shower, » said Jacqueline Lake. « He’s got a week’s worth of eating to do. »

Freedom Drivers, based in Montreal, usually shuttles animals to shelters in Ontario and Nova Scotia. One person took the cat and a puppy all the way to Truro, N.S. Ryan Dixon and his mother handled the last 90 kilometres of the journey.

« This was the first one we got to reunite with the actual owner of the pet … I think they’re going to have a good Christmas, » he said.