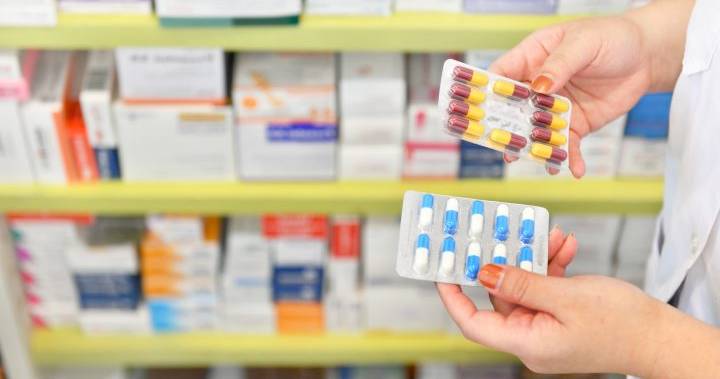 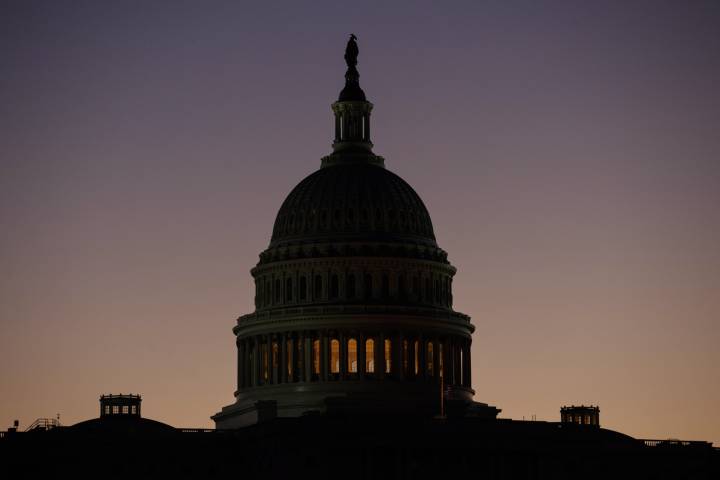 WASHINGTON — As President Donald Trump and Congress bicker over Trump’s call for $5 billion to build a border wall with Mexico, government agencies are preparing for a partial government shutdown set to begin at midnight Friday.

The dispute could affect nine of 15 Cabinet-level departments and dozens of agencies, including the departments of Homeland Security, Transportation, Interior, Agriculture, State and Justice, as well as national parks and forests. More than 800,000 federal employees would see their jobs disrupted, including more than half who would be forced to continue working without pay.

WATCH: The American people do not want a wall: Democrats argue against ‘fence in the desert’

Social Security checks will still go out. Troops will remain at their posts. Doctors and hospitals will get their Medicare and Medicaid reimbursements. In fact, virtually every essential government agency, like the FBI, the Border Patrol and the Coast Guard, will remain open. Transportation Security Administration officers will continue to man airport checkpoints.

But hundreds of thousands of federal workers will be forced off the job, and some services will go dark. Even after funding is restored, the political repercussions could be enduring.

According to a report by Democrats on the Senate Appropriations Committee, more than 420,000 federal employees deemed essential would continue to work without pay during a partial shutdown, including about 41,000 law enforcement and corrections officers and nearly 150,000 Homeland Security employees. Those working without pay — three days before Christmas — would include about 53,000 TSA workers, 54,000 Customs and Border Protection agents and officers and 42,000 Coast Guard employees.

READ MORE: Trump appears to back off $5B demand for border wall to avoid government shutdown

As many as 5,000 Forest Service firefighters and 3,600 National Weather Service employees also would continue working, with the expectation that they will be paid back in full once the government reopens.

Meanwhile, more than 380,000 employees will be furloughed — including nearly all of NASA and Housing and Urban Development and 41,000 Commerce Department employees. About 16,000 National Park Service employees — 80 per cent of the agency’s workforce — would be furloughed, and many parks would close. Some parks already are closed for the winter.

Among those set to be furloughed: 52,000 staffers at the Internal Revenue Service, slowing analysis and collection of hundreds of thousands of tax returns and audits.

Who works and who doesn’t

The rules for who works and who doesn’t date back to the early 1980s and haven’t been significantly modified since. The Trump administration is relying mostly on guidance left over from former President Barack Obama.

Under a precedent-setting memorandum by Reagan budget chief David Stockman, federal workers are exempted from furloughs if their jobs are national security-related or if they perform essential activities that “protect life and property.”

The air traffic control system, food inspection, Medicare, veterans’ health care and many other essential government programs would run as usual. The Federal Emergency Management Agency could continue to respond to disasters.

WATCH: ‘President is plunging the nation into chaos’: Schumer on shutdown

On the other hand, the Washington Monument and many other iconic park service attractions would close, as would museums along the National Mall. In the past, the vast majority of national parks were closed to visitors and campers, but during the last government shutdown in January the Interior Department tried to make parks as accessible as possible despite bare-bones staffing levels. It was not clear Monday if that effort will be repeated.

Interior Secretary Ryan Zinke, who greeted visitors at the World War II Memorial and other sites in downtown Washington during the last shutdown, said Saturday he is stepping down at the end of the year.

While they can be kept on the job, federal workers can’t get paid for days worked while there is a lapse in funding. In the past, however, they have been repaid retroactively even if they were ordered to stay home.

Rush hour in downtown Washington, meanwhile, becomes a breeze. Tens of thousands of federal workers are off the roads.

Way back in the day, shutdowns usually weren’t that big a deal. They happened every year when Jimmy Carter was president, averaging 11 days each. During Reagan’s two terms, there were six shutdowns, typically just one or two days apiece. Deals got cut. Everybody moved on.

Before a three-day lapse in January, caused by Democrats’ insistence that any budget measure come with protections for young immigrants known as “dreamers,” the most recent significant shutdown was a 16-day partial shuttering of the government in 2013. That one came as tea party conservatives tried to block implementation of Obama’s health care law. The government also shut for a few hours last February amid a partisan dispute over deficit spending.

In a 1995-96 political battle, Democratic President Bill Clinton bested Speaker Newt Gingrich and his band of budget-slashing conservatives, who were determined to use a shutdown to force Clinton to sign onto a balanced budget agreement. Republicans were saddled with the blame, but most Americans suffered relatively minor inconveniences like closed parks and delays in processing passport applications. The fight bolstered Clinton’s popularity and he sailed to re-election that November.

In 2013, the tea party Republicans forced the shutdown over the better judgment of GOP leaders like Speaker John Boehner, R-Ohio. Republicans tried to fund the government piecemeal, but a broader effort faltered. Republicans eventually backed down and supported a round of budget talks led by Paul Ryan, R-Wis., then the House Budget Committee chairman.

Now, as House speaker himself, Ryan is struggling to head off a shutdown just days before his long-announced retirement. Democrats led by California Rep. Nancy Pelosi take over the House on Jan. 3.