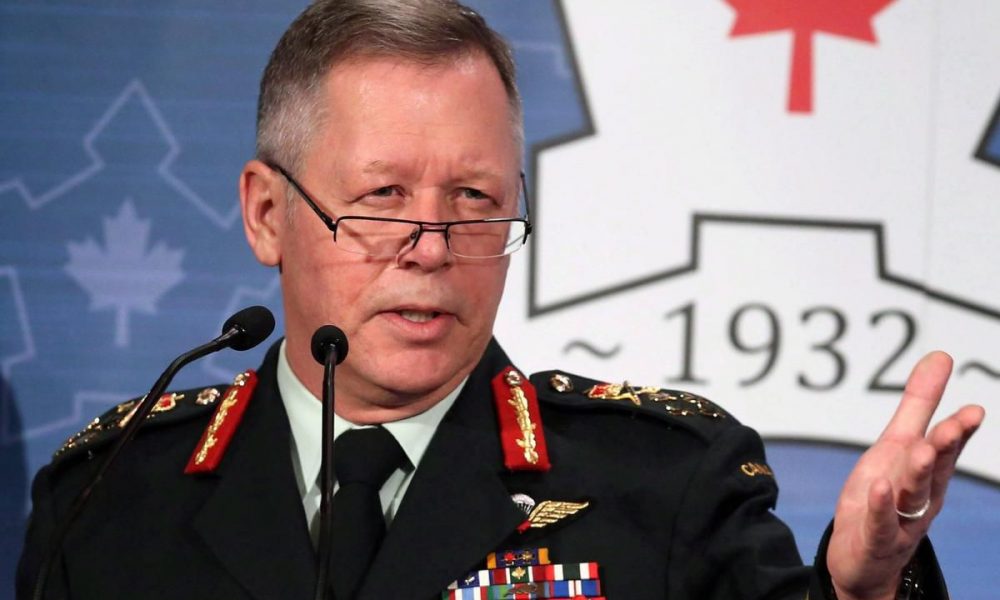 OTTAWA—Air force personnel felt pressured to turn a blind eye to unacceptable behaviour by VIP passengers travelling on military aircraft, setting the stage for a boozy flight last year that saw the alleged sexual assault of one military flight attendant and other rule-breaking activities in an atmosphere of free-flowing alcohol, an investigation has revealed.

New military reports outline the circumstances around a morale-boosting trip last December, confirming details that the Star reported earlier this year, including the reluctance of air force personnel to intervene for fear of upsetting their high-profile guests.

“Something went sideways with the alcohol on the trip,” Gen. Jonathan Vance, the chief of defence staff, told the Star Wednesday.

“Central to it was the perception of the squadron that everybody was a VIP and the definition of VIP meant you could get away with things. That is not my definition of a VIP,” Vance said.

Alcohol is not normally served on military flights but had been authorized by Vance for the Team Canada trips. And it was the “catalyst” for the problems on this trip, according to the air force.

The results of a special investigation ordered by Vance confirm that the problems started even before the military CC-150 Polaris aircraft left Ottawa on Dec. 1 on its first leg to Athens.

Some passengers consumed alcohol waiting for the flight and were allowed to carry their drinks on to the plane while boarding. None of the civilian passengers underwent security screening and at least one unidentified passenger brought his own bottle of rum onboard that was consumed by other passengers. The cabin crew were immediately concerned with the level of intoxication of some passengers. Indeed, two passengers were so intoxicated, they urinated themselves.

Once onboard, some civilian passengers used “inappropriate language” among themselves. One passenger was hesitant to comply with instructions to sit down for landing. Some cabin crew members were pressured to join in activities such as arm wrestling.

Alcohol was available in coolers that allowed the passengers to serve themselves — and they did. Some travellers chewed tobacco in violation of air force rules. “A decision was made to tolerate the use of chewing tobacco due to the status of the passengers,” the report says.

The mission commander walked through the aircraft cabin several times during the flight. While he noticed that some passengers were inebriated, he saw nothing to indicate there was a risk to the safety of the flight, according to the report.

But the investigation, headed by Rear-Admiral Luc Cassivi, concluded that the behaviour of some passengers “was not conducive to a respectful work environment free of harassment.”

Yet the aircraft crew were reluctant to curb bad behaviour and excessive drinking because they felt a “high level” of pressure to deliver good service to the VIPs, in part because of past complaints and because this was a high-profile mission directed by Vance’s office. Nor had they been trained in serving alcohol.

The report said that the military chain of command applied “direct pressure” on 437 Transport Squadron — which operates the CC-150 Polaris aircraft — to ensure that “exceptional preferential treatment was provided to VIP in every request.”

The RCAF flight operations manual states that, “as a general rule all VIP requests should be honoured, if deemed possible within the bounds of available resources.”

But the “over-emphasis” on giving VIPs a good experience “created blurred lines on what should or should not be accepted onboard RCAF VIP flights,” the report found.

That resulted in the perception among squadron members that there was “limited latitude for errors and mishaps on VIP missions, and as a result, crew have come to tolerate or quietly accept behaviour from VIP passengers that they otherwise would not and should not accept.”

Vance said the flight was not a “wild, screaming drunkfest.” Instead he said the problems onboard were “subtle” and limited to just a few of the 27 high-profile guests. Also onboard were Lt.-Gen. Alain Parent, the vice-chief of defence staff, and Chief Warrant Officer Kevin West, the most senior non-commissioned member of the Canadian Armed Forces.

In his written response to the investigation, Vance accepted many of its findings. But he pushed back against the conclusions that air force personnel felt powerless to intervene, noting that the commander on the aircraft had clear authority to take control of the alcohol service when he saw passengers were intoxicated.

He also disputed that there was any direct pressure applied by the chain of command to give VIPs a good time but understood such pressure was perceived.

“I’m sympathetic to any military person who does not feel empowered to do their job. I’m on their side,” he said.

“No one is being blamed here. It was a situation we were not equipped to handle and weren’t prepared for,” Vance said.

There had been 26 prior Team Canada trips that have taken some 450 high-profile Canadians – all volunteering their time — to visit with troops deployed abroad, all without incident. “It’s all good until a couple of people ruin it for everybody. And that’s what has happened,” Vance said.

In the wake of the investigation, Vance says his previous order banning alcohol on such trips is now permanent. And he said the military will replace the Team Canada visits with a new model.

Other changes were recommended including new training for cabin crew personnel to identify and “de-escalate” unruly passengers; ensuring that members of a VIP entourage travellers undergo security screening; and barring passengers from serving themselves alcohol.