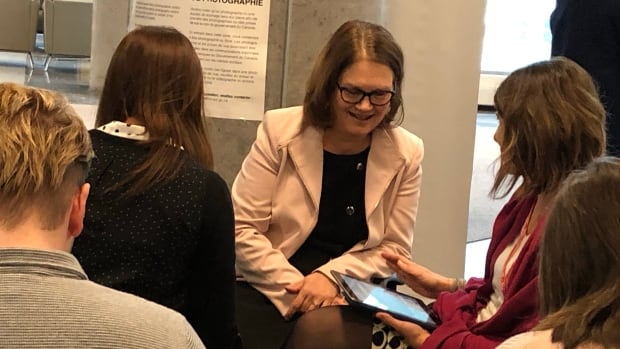 The company that set up the trouble-prone Phoenix payroll system is not being disqualified from securing the contract to create a new payroll system for federal employees, says Treasury Board President Jane Philpott.

In 2011, IBM was hired to implement, operate and maintain Phoenix, the federal public service pay system. Phoenix was launched in 2016 and has been plagued with glitches ever since, causing thousands of public servants to be improperly paid.

The 2018 federal budget included $16 million over two years to fund the search for a payroll system to replace Phoenix.

Government officials have been talking to companies interested in landing the contract to design a new payroll and human resources system for federal employees since the process was launched in August of last year. 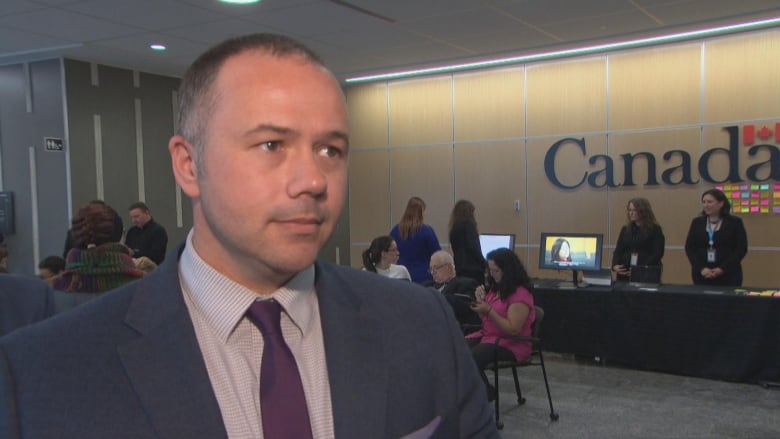 Canada’s Chief Information Officer Alex Benay, who is leading the search for a replacement system, would not hint today at which companies are still in the running, citing government procurement rules.

« We feel pretty comfortable with who’s there, » he said. « But the key is not who’s there as the vendors. It’s how we will chose to interact with those vendors to ensure we don’t repeat some of our mistakes. »

Like Philpott, Benay did not rule out the possibility that IBM could chosen for the contract.

Each competitor for the contract must satisfy multiple government criteria in order to be considered for the contract, Benay said. IBM’s past association with Phoenix does not disqualify it from the process, he added.

« Whoever is left in it will be treated the same way, because at this point what matters more is that we pay people. »

Benay said his team is aiming to have final recommendations for the government by this spring.

As part of the second phase of the search for a replacement system, Benay and his team have been reaching out to public servants over the past month to hear what they would like to see in a new pay system.

Among the suggestions Benay said he’s heard is for a replacement system that allows federal government employees to have mobile access to their payroll files.

« Possibilities that exist with some of today’s solutions were not available in 2008, » when the search to replace Phoenix’s predecessor began, he said. 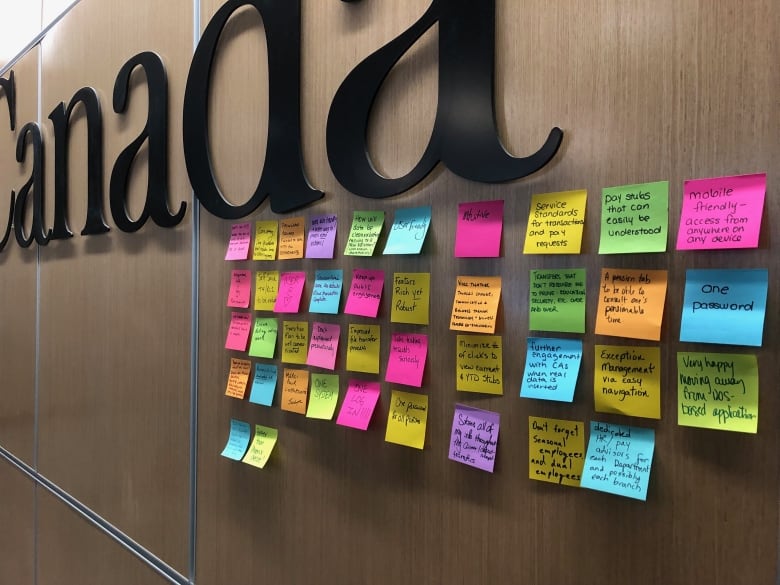 The Treasury Board has been holding ‘user expos’ throughout January and February to get public servants’ feedback on a potential new pay system. (Antoine Trépanier/Radio-Canada)

This week marks the end of the second of three phases of the federal process to find a Phoenix replacement.

Philpott was on hand at a « user expo » in Gatineau, Que. on Monday, where some possible replacement systems were displayed for public servants.

« We’re taking all of that feedback, looking at a whole range of pay systems out there to make sure we pick the very best one, » she said.

The Treasury Board is hosting three more user expos in the capital region this week, before the second phase closes. The third phase will whittle down the final recommendations, although Benay said the process could be extended if necessary. 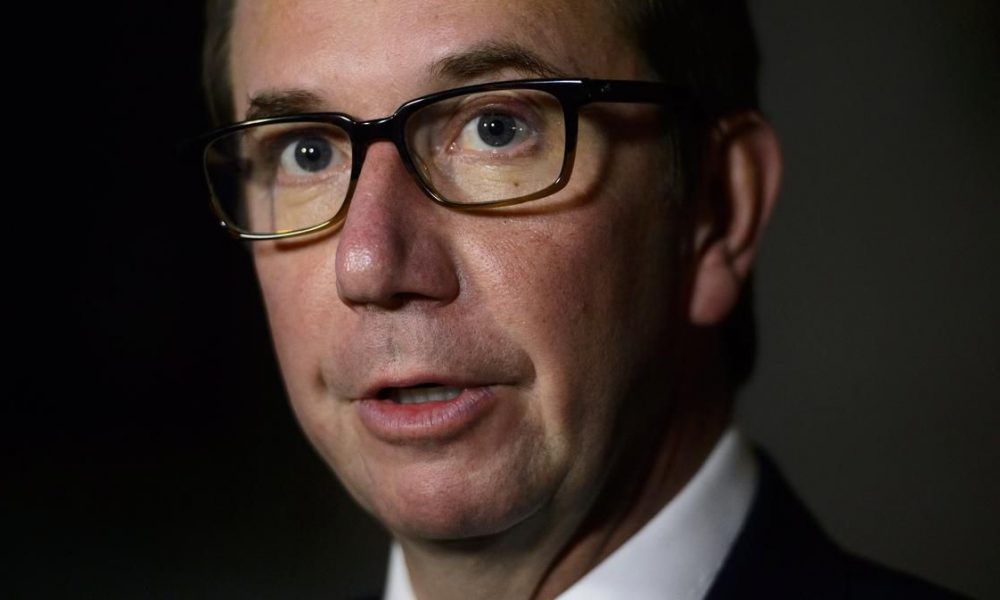 Canada’s parliamentary budget watchdog is wading into the ever-rising price tag for the Phoenix pay crisis with a new study of the cost to replace it.

Parliamentary Budget Officer (PBO) Yves Giroux agreed to undertake the study at the request of Conservative MP Kelly McCauley as part of the work the office has underway this year.

In a letter to McCauley, Giroux said the search for a Phoenix replacement, launched in August, is still in the consultation phase. He said his office will start by closely monitoring any development of the project, and will seek information from departments to “help prepare a timely cost estimate as concrete information becomes available.”

It’s unclear whether Giroux will be doing a detailed costing of the new system — including its planning, design, implementation and the migration of data from the error-prone Phoenix system to the new one — or whether he will make an estimate based on what a similar “HR-to-pay” system costs in the private or public sectors.

In the letter, Giroux said his office would work with the MP on the terms of reference for the analysis as more details about the implementation of the new pay system emerge.

Giroux made his first appearance at a parliamentary committee on Tuesday since taking over the post from previous PBO, Jean-Denis Fréchette. Giroux testified about the office’s expanded mandate, but no questions were asked about the costing study of Phoenix’s replacement.

MPs can ask the PBO for studies into areas affecting the nation’s finances that are not related to a bill or motion before Parliament.

McCauley, who sits on the Government Operations Committee and has been a constant critic of the Liberals’ management of the Phoenix pay disaster, formally asked for the study on Sept. 25. Conservative Leader Andrew Scheer named Rob Nicholson shadow minister of public services and procurement.

News of Giroux’s study comes as the federal government opened the first “gate” in the competition to select suppliers to build the pay system that will replace the calamitous Phoenix pay system.

Treasury Board Secretariat, which is leading the search, released an Invitation to Qualify (ITO) on Tuesday, which lays out the sweeping technical requirements it expects from would-be suppliers.

It’s the first in a four-phase procurement process to select a vendor who can build a new system that will integrate the government’s patchwork of human-resources systems with a pay system. The closing of this first gate is Nov. 13 and the shortlist of qualified bidders go on to the next “gate” to start duking it out with prototypes for a new system.

Treasury Board was given $16 million in the last federal budget, to be spent over two years, to explore replacements for Phoenix, which is still dogged by errors and a large backlog of outstanding pay transactions.

The government kicked off its search for a new pay system last month, calling an “industry day,” which attracted more than 120 industry representatives. About 15 firms have expressed interest in the project.

The search for the new pay system also kicks off a new “agile” procurement strategy that Treasury Board President Scott Brison — who is also the minister of digital government — wants used for large technology projects.

Brison has been unable to say how much a new system would cost, nor when it would replace the old one, but he has said public servants could be testing new prototypes before the end of the year.

The project is being led by Chief Information Officer Alex Benay, and his team is tackling more than a pay system in this go-around. It’s building an HR-to-pay system, which means a major overhaul of how human resources are managed in the public service.

The new system is being planned, designed and built with a new “agile procurement process” that will allow vendors to build prototypes that will show the government what they can do — what Brison calls “less tell and more show.” In fact, the ITQ specifically asks would-be vendors to send videos showing what they and their systems can do.

The next system will be built to meet the needs of employees and managers; it could include a mobile-app pay system they could access 24/7, whether from home or work.

While the system is being built, Public Services and Procurement Canada is still chugging along to fix and stabilize Phoenix so it can reliably pay people correctly and on time.

The last major costing of Phoenix was done by the federal comptroller-general. That report focused on three categories of costs: historical costs to implement the system; projected costs to stabilize Phoenix; and ongoing operating costs. It estimated Phoenix could take five years to fix and cost more than $3.5 billion.

That costing did not include: the millions of dollars expected to build a new system; pension administration costs because of pay errors; employee claims because of Phoenix; or the cost of damages that are being negotiated, or could be awarded, by the court.