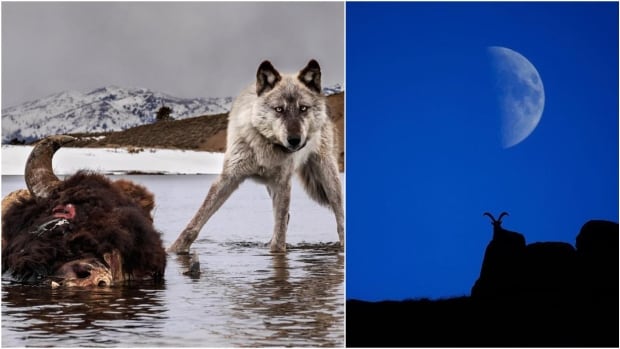 When it comes to socializing, wolves, chimpanzees and bears aren’t that different from humans.

Ronan Donovan has captured images and studied the lives of these animals, from Yellowstone National Park to Uganda to the Canadian Arctic.

The biologist turned photographer brings his research and pictures to Jack Singer Concert Hall this Sunday and Monday.

It’s called Social by Nature and it’s part of Arts Commons’ National Geographic Live series. Donovan shared some of his thoughts with The Homestretch ahead of the event.

This interview has been edited for clarity and length. You can listen to the complete interview here. 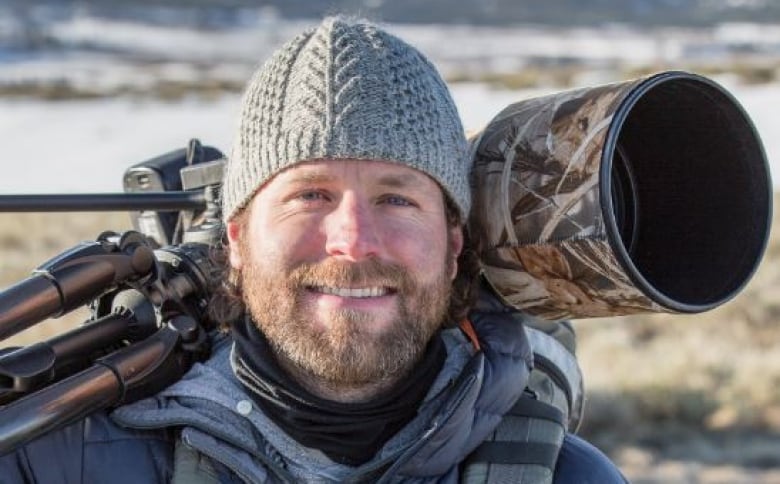 Q: What kind of images are you sharing?

A: I am going to share a mix of social mammals, ranging from chimpanzees in Uganda, mountain gorillas in Rwanda and some wolves in Ellesmere Island in the Canadian Arctic.

Q: You lived in Yellowstone National Park for a year documenting the lives of wolves. What was that like?

A: That was an incredible experience, my first assignment with National Geographic.

It was a long time to be in the field which allows you to have an access and intimacy with subjects that you can’t get on shorter assignments.

It’s a place that’s very hard to get images of wolves, because they are so shy to humans. It was a challenging assignment.

A: No, it was the complete opposite.

Ellesmere has wolves that have basically neutral interactions with humans, so not negative. They are curious about us. They approach and allow you this proximity.

You can follow them all day, 24 hours a day, because the sun never goes down in the summer.

They would steal stuff of mine, pull up tent stakes, they would try and steal a camera and now and then. It was a very different interaction.

Q: What did you observe in their social behaviour?

A: Anybody who has a dog is aware of how sweet, kind, generous and intelligent dogs and canines are. Wolves are the same.

Everything is about the family, the pups and teaching them life lessons. They hunt everything from mice to small rabbits all the way up to bison. They have to learn that so it’s all about family teaching and close interactions.

It’s amazing to hear all the vocalization that goes on, the high-pitched whining, the excited squeals.

To see them in the wild is something totally special for me.

Q: Did you see any similarities to humans?

A: Absolutely. There are nuclear families, mom, dad and multi-generational offspring. Elderly humans and elderly wolves are the most respected. They carry the knowledge reservoir for that society.

There are also cultural differences, the way they hunt and interact, how they play, all those things are standards of all social mammals. The play is one of the things that we can relate to the most as humans, because of how much fun it is to watch but we also know how much fun it is to play.

It feels good to play.

Q: You also studied bears in Yellowstone, what stood out to you about their behaviour?

As adults, they are kind of on their own. They communicate by scent. I documented this behaviour at a place called the ‘bear bathtub,’ is what we named it. Bears would come, sometimes four or five a day, have a drink and soak in the pool, but also leaving their scent for the other bears.

Socializing, but not in person.

Q: You have studied chimpanzees in Uganda, how do they compare?

A: Chimps are just pure emotion and reaction.

When they see something they get excited, they don’t think about it. They just full on do things.

It’s aggression, it’s play, all the things that humans do.

Q: What can we learn from these animals?

A: Connectedness is so important.

The idea of family and friendly ties are required to make it through life. Humans are the same. We can’t get by on our own.

It reminds us the importance of working together, teamwork, bonding, socializing and play.

All of those things that some people forget about or take for granted but those social aspects are so important.

Q: What goes into capturing that one special image?

A: People think I am patient but I am actually just super driven and stubborn.

Most of the time when I am in a waiting situation, it’s not like a zen, relaxed moment. It’s more like an internal spaz out, anxiety-ridden time, trying to figure out if I made the right decision being here as opposed to being over there?

Is it ever going to come? Is this project a total failure? All of that is churning in the back of my mind.

It can take weeks and even months to get the images I want. I was in Yellowstone for a year and got all the photos that were published in two weeks.

When it comes to socializing – wolves, chimpanzees and bears aren’t that different from humans. Ronan Donovan has captured images and studied the lives of these animals – from Yellowstone to Uganda. The biologist turned photographer brings his research and pictures to Jack Singer Concert Hall this Sunday and Monday as part of Arts Commons National Geographic Live series. 8:02

With files from The Homestretch