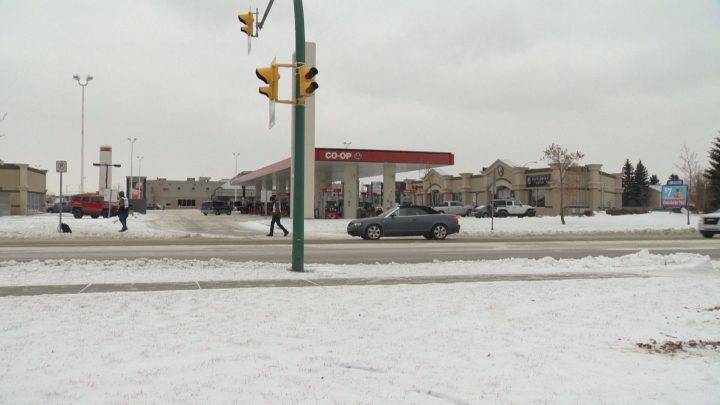 It’s nearing the one week mark since Saskatoon Co-op workers set up picket lines, and some small businesses near the Co-op Attridge Drive location are noticing the impact.

Since Nov. 1, picketers have set up on the sidewalks and entrances bordering the Erindale Shopping Centre in Saskatoon.

The owner of Supplement World, Josh MacGowan, said while many picketers have been respectful, others have caused problems for his customers.

“Some of our customers have been turned away and suggested they shouldn’t shop here because we pay rent to the Co-op, but we pay our rent either way if we have zero people through the door or 100, we’re paying rent either way. It’s more just affecting the small businesses in the parking lot by doing that,” MacGowan explained.

Supplement World posted to Facebook on Tuesday explaining the business has “suffered tremendously” due to the strike.

United Food and Commercial Workers Union (UFCW) local 1400 president Norm Neault said because picketers can’t encroach any Saskatoon Co-op property, “that leaves us the only alternative, to picket the perimetre of the malls.”

“Certainly the intention is not to cause any shortcomings, or loss of revenue to any of the other ones, but that’s out of our hands, that’s up to the Co-op to make that decision. They’re the landlord,” Neault said.

“We’re trying to get our message across, in the most peaceful manner as we can.”

Melanie Winnichyn, owner of Accomplished Cleaners, said she has also heard complaints from customers trying to cross the picket line to get to her store.

“Sales, like pick up and drop off for us, you can notice a drastic impact and unfortunately the financials hit home very quickly. Being just a single owner here, if you see a decrease in sales, it effects even your staffing here as well.”

“We are just tenants. We have no control over the situation that is going on. Please come into our businesses because this is our livelihood,” said Winnichyn.


READ MORE:
U of R faculty vote in favour of a strike mandate

The two sides have been unable to reach an agreement on a new contract.

The food store and gas bar at the Centre Mall on 8th Street is not affected as employees at those locations are represented by a different union.

– With files from Dave Giles