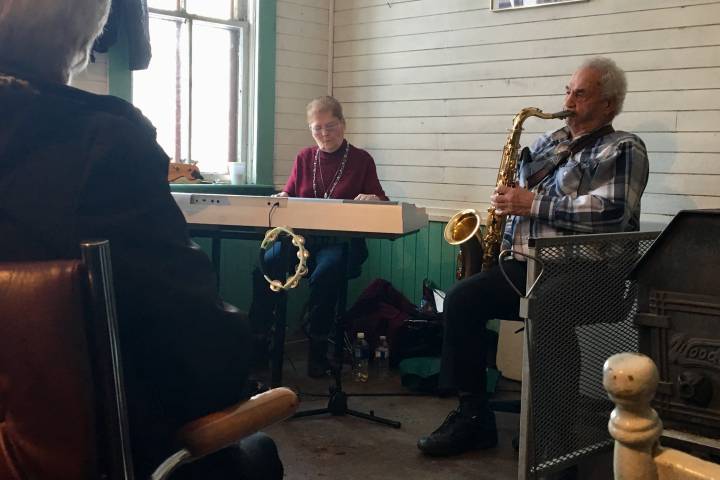 When Alec Salmon first performed on drums eight decades ago at his one-room schoolhouse near Bashaw in Central Alberta, it didn’t go well.

“When we got going, the crowd went out the door,” Salmon, 88, told Global News on Saturday, ahead of a performance in his former school. “We made such a heck of a bad noise.”

Since then, he has had a lot more practice, playing instruments that include the drums, accordion and banjo.

Salmon’s main instrument is the saxophone, but he said he doesn’t play for his own satisfaction.

“I don’t really [enjoy playing], but it seems that the people do. They keep wanting me to come back,” he said to laughter from the crowd.

Salmon estimates he has performed with 14 different bands over the years. For the past decade, he has led the group Alec and the Buffalo Lake Band.

“He’s just a lot of fun. He’s a joker,” said Judy Dinsmore, who plays spoons in the band. “He’s fun to be around.”

“We never ever had an alarm clock in our house,” said his son, Grant. “We got woken up at 5:00 by a saxophone or an accordion, or piano, or something like that.”


READ MORE:
The best moments in Canadian music of 2018

Music never paid the bills for Salmon, who worked as a farmer and auctioneer.

“We played a lot of wedding dances and a lot of anniversaries, funerals and stuff like that — but I tell you, I never made enough money on it to get a haircut,” he said. 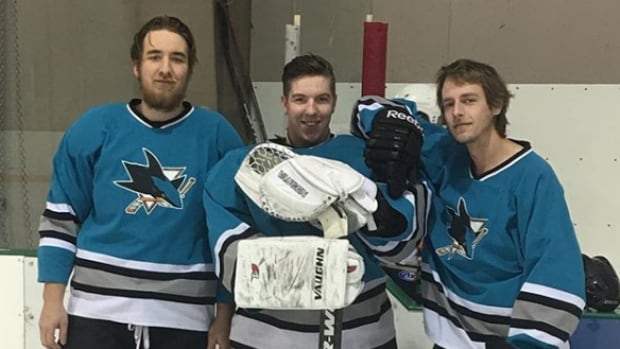 A young hockey player who died after slamming into the boards during a game in Langley, B.C., is being remembered by a teammate as a « gentle giant, » and « one of the best players out there. »

Noah Trulsen, 22, was playing in an adult recreational league on Oct. 3 when team member Gerry Leiper says his friend may have caught an edge while rushing to the bench for a line change.

Leiper says he saw Trulsen’s forehead hit the top of the boards and his face shield came down on the bridge of his nose, sending him sprawling to the ice. 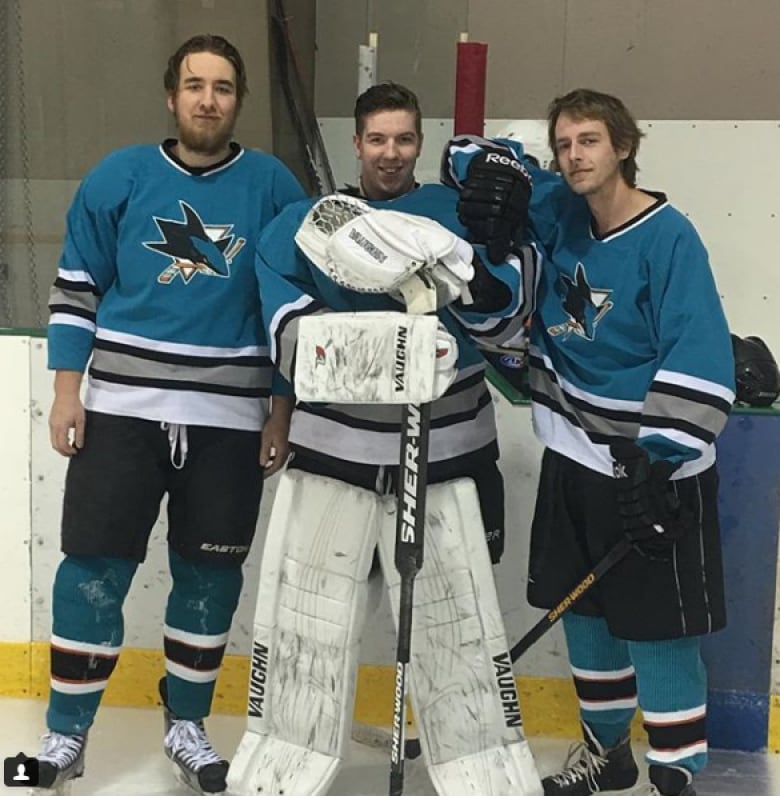 Noah Trulsen, left, seen here with his brothers Matthew, middle, and Nick Trulsen, 22, died Oct. 3 after he tripped while rushing to the bench. The B.C. Coroners Office is investigating his death. (Matt Trulsen)

The B.C. Coroners Service says in an email that it is investigating the cause of the young man’s death.

Trulsen’s family is involved in the Ridge Meadows Minor Hockey League and a post on the league’s Facebook site says it is heartbroken by the tragic loss.

The post also included a statement from Trulsen’s mother, Lorraine, thanking the hockey teams on the ice, paramedics, ambulance attendants, police and health-care workers who tried to save their son.