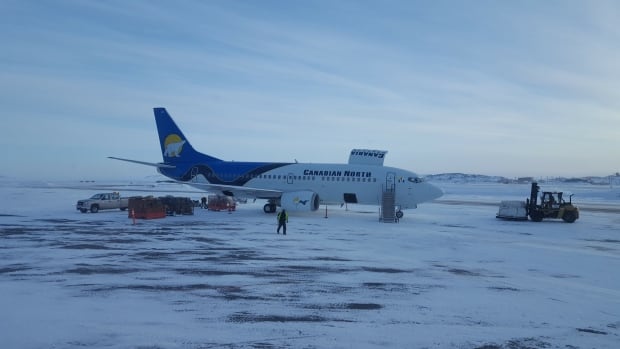 The federal government is set to announce funding to help improve the remote roads, airports and bridges of Canada’s North.

On Monday, Transport Canada will begin a call for proposals for funding to tackle transportation challenges in the territories

The National Trade Corridors Fund will dedicate $2 billion over 11 years to beef up Canadian trade infrastructure, including up to $400 million for transportation initiatives in the Yukon, Northwest Territories and Nunavut. The fund also provides support for trade diversification strategies.

Groups are being asked to submit proposals for approval to get a slice of the money — provided the projects they submit meet the criteria and objectives of the fund.

The projects will be assessed by Transport Canada to see how well they fit four objectives:

The chosen projects will support things like airports, all-season roads, bridges and ports — with the aiming of enhancing safety and development in the territories.

The government is also looking for projects designed to help increase access to northern markets normally cut off due to tough terrain and weather conditions, Transport Canada said in a news release.

Territorial and municipal governments, Indigenous groups, non-profit organizations, private-sector firms, and federal Crown corporations and agencies are eligible to present proposals, which are due at the end of March. Expressions of interest should be submitted no later than Jan. 15, 2019.

« Our opportunities are hindered by infrastructure, the lack of fibre, the lack of roads, » David Akeeagok, the Nunavut minister of economic development and transportation, told an energy conference in August.

The idea of establishing a Northern Corridor was first put forward by researchers at the University of Calgary’s School of Public Policy in a 2016 paper.

Their proposal consists of a $100-billion, 7,000-kilometre national right-of-way in Canada’s north and near north for possible road, rail, pipeline, electricity and communication infrastructure.