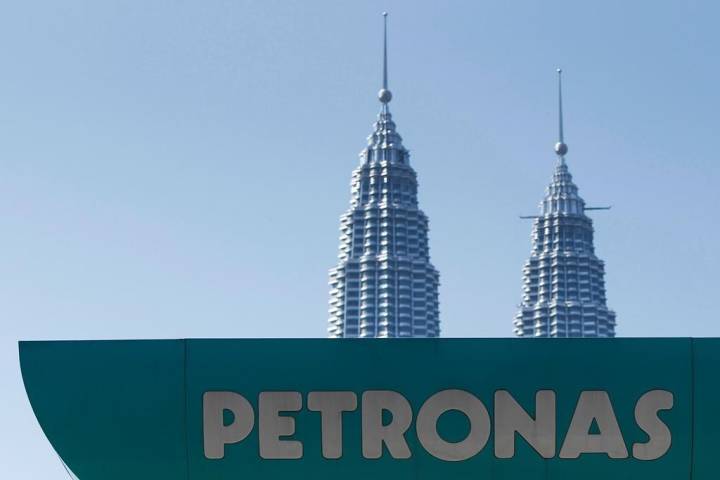 Natural gas prices in Western Canada are so low that a partner in the country’s first LNG export project is shutting off money-losing wells and throttling back its exploration program.

Malaysian-owned Petronas, which has a 25 per cent interest in the $40-billion LNG Canada project, has been curtailing production by between 50 and 200 million cubic feet per day from wells in northeastern B.C. capable of producing 700 million cf/d, the CEO of its Canadian branch says.

The practice is one being adopted by a growing number of western Canadian producers to avoid selling their natural gas at prices that often don’t even cover the cost of pipeline transportation.

“Gas is trapped as well and if you compare the prices that Canadian gas producers are receiving against our U.S. peers, the differentials are significant and costing us a significant amount of money.”

The company invested heavily in natural gas exploration in northeastern B.C. from 2012 to 2016, employing more than 25 drilling rigs at peak times to prove the resource potential as part of its longer-term plan to build a liquefied natural gas export terminal.

It is running only one rig now, Fitzgerald said.

Petronas backed out of its $36-billion Pacific NorthWest LNG project in 2017, but joined the LNG Canada partnership led by Royal Dutch Shell last May.

The partners agreed to go ahead with their project this fall, but it isn’t expected to be ready to begin supercooling natural gas and shipping it out until late 2023 or early 2024.

Ian Archer, an associate director with IHS Markit, said Western Canada’s gas industry was stable from 2000 to 2008, with production of about 16 billion cf/d and prices of around $10 per gigajoule, but that changed when new drilling and well completion technologies emerged that allowed the U.S. to dramatically grow shale gas production.

Cheaper U.S. gas began displacing western Canadian gas in markets like California, Eastern Canada and New York, and the price in Western Canada dropped by half, with production falling to around 13 billion cf/d by 2012, he said.

The trend worsened when the new drilling technologies began to be used in northeastern B.C. and northwestern Alberta to produce light oil products like condensate, which is in demand as a diluent to mix with raw bitumen from the oilsands to allow it to flow in a pipeline.

Condensate wells also typically contain high levels of natural gas and the boost in gas production back to over 16 billion cf/d has overwhelmed pipeline capacity and dropped gas prices this year to a projected $1.43 per gigajoule, about one-third of the price in 2014, said Archer.

Meanwhile, the U.S. benchmark Henry Hub spot price is forecast to average US$3.17 per GJ in 2018 (about C$4.12), according to the U.S. Energy Information Administration.

Pipeline companies are spending billions of dollars to expand their gas systems in B.C. and Alberta, which will improve market access, but it’s difficult to see where the gas can be sent to win better prices, Archer said.

LNG Canada’s first phase is expected to require about two billion cf/d of gas to produce about 14 million tonnes per year of LNG, but most of that gas is expected to come from the partners, so a big price improvement isn’t expected, he said.

The best hope of better prices is stronger demand from additional LNG facilities, conversions of coal-burning power plants to gas and more growth in the oilsands, where natural gas is used to produce steam and power, Archer said.

Mike Rose, CEO of Tourmaline Oil Corp., says his Calgary-based company froze gas production at about 1.35 billion cf/d at the end of 2017 because of low prices and has switched its focus since to oil production growth.

Gas marketing is more important than ever, he said, as Tourmaline tries to move more gas to any hub that offers better prices than those in Alberta or B.C.

“It’s the most challenging time that I’ve ever seen in the Canadian oil and gas sector by a long shot.”