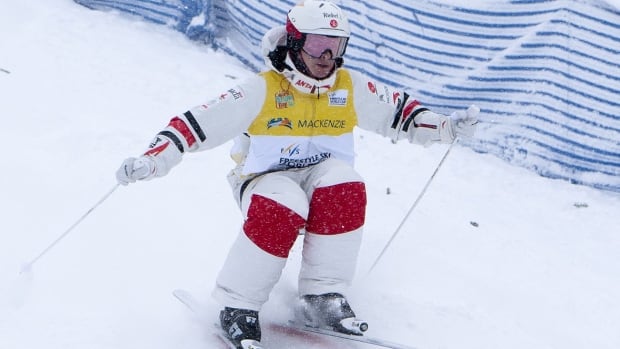 ​Canadian Mikael Kingsbury landed back on top of the podium Saturday, winning gold at a moguls World Cup race after a disappointing performance a week earlier.

Kingsbury, the reigning Olympic champion, scored 86.73 points on his home course to rebound from a fifth-place finish last week in Lake Placid, N.Y., that halted his perfect start to the season.

Kingsbury finished fifth in New York on Friday, the first time in five events that he’s failed to win on the World Cup circuit. 1:29
The victory was the first for the Deux-Montagnes, Que., native at Mont-Tremblant.

Japan’s Ikuma Horishima was second with 85.02 points while Dmitriy Reikherd of Kazakhstan was thing with 83.42.