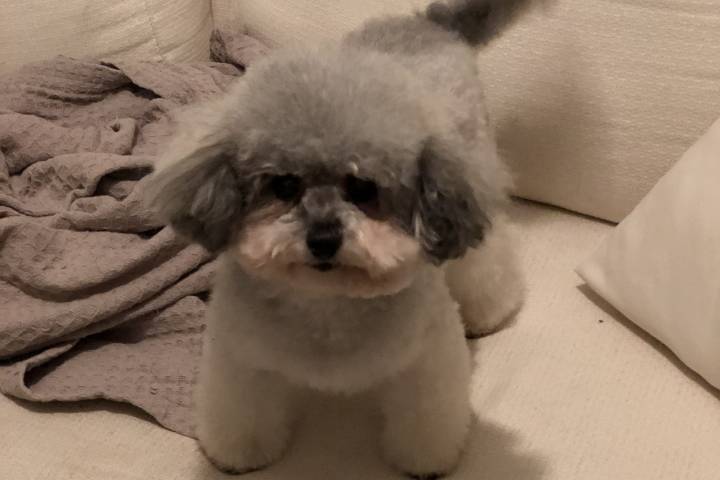 A Vancouver man is warning other pet owners after his small dog was snatched by a coyote on Saturday in his Point Grey neighbourhood.

David Gens said he was walking his five-and-a-half-year-old teacup poodle, Ellie, near Belmont Street and West 2nd Avenue around 1:30 p.m. when the incident happened.

“[It was] broad daylight. I was with a friend walking my dog. My dog was a little ways in front of us. She was in the middle of the street… and a coyote just came out and grabbed her and ran off,” he said.


READ MORE:
Surrey family mourns loss of their pet after it was attacked by aggressive dog

“[She] made a little yelp. I think she probably died right away. Me and my friend ran after it screaming and searched…. but we couldn’t find anything.”

@drex
Hi Drew. Saw piece on raccoon attack. Last Saturday at Jericho Beach Park. My chihuahua mix was abducted and taken by Coyote. Gone. 1030am morning. She was 30 feet behind me off leash. Horrific. Please use my story to warn others. Part one.

Global News has requested comment from the City of Vancouver about whether it is aware of a spike in aggressive coyote incidents and whether animal control is doing anything differently in response.

Gens said the whole thing happened so quickly, he barely had time to react. Ellie was off-leash at the time.

He said it was a painful lesson and that he hopes other dog owners take it to heart.

“You can’t live in total paranoia that your dog is going to be taken by a coyote any time anywhere, but it can happen,” he said.

“I certainly know that I will never let a small dog off the leash again after that experience.”