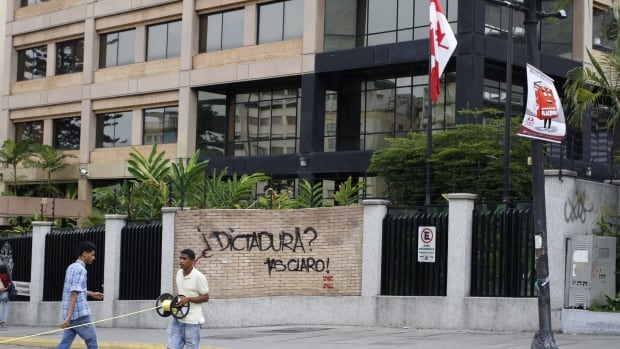 Canada is not properly protecting diplomats and staff who face security threats at Canadian missions abroad, including many in locations at high risk of terrorist attacks, violence and espionage, the federal auditor general says.

An audit of six medium- and high-threat missions found « significant vulnerabilities in perimeter security at all sites. »

Physical security, such as vehicle barriers, video surveillance, alarms and X-ray machines were missing or not working properly. At one of place Ferguson’s team spot-checked, the perimeter was determined in 2011 to have a « critical vulnerability, » but a site visit this year found this problem hadn’t been fixed.

« Overall, Global Affairs Canada had not taken all measures needed to keep pace with evolving security threats at its missions abroad, » Ferguson says in his report, tabled in Parliament Tuesday. « This audit is important because missions are exposed to a range of security threats. »

More than 7,800 staff members work at a total of 175 diplomatic and consular missions in 110 countries. In November 2017, more than half of the department worked in areas where political and civil unrest put their safety at risk.

Terrorist attacks in Europe, Africa and Asia as well as ongoing instability and armed conflict in the Middle East expose these staff members and diplomats to a wide range of security risks, which can vary and shift suddenly, the audit says.

Global Affairs is supposed to conduct threat assessments to identify risks for its missions every four years – and more frequently for higher-risk locations. More than a third of the missions the auditors checked had out-of-date assessments, including many in high- and critical-threat areas.

At four missions, the AG found no threat assessment at all.

Ferguson notes Global Affairs Canada did approve a plan in April, after much of his work was done, to hire more people to update these assessments.

Over the past decade, the department has received $652 million to improve safety and security at foreign missions. In 2017, the Liberals promised a further $1.8 billion in new funding over 10 years to bolster security at these missions.

But of the 78 construction projects underway to upgrade security, many were at least three years behind.

Funding decisions for major upgrades were based on insufficient information and also hadn’t involved the department’s head of security for two years. Toward the end of the audit in July, the department security officer was added to the committee that approves capital projects.

Most major construction projects started late or faced delays and were years behind schedule. Meanwhile, a quarter of the funding approved for these projects – $103 million – had not been spent, which resulted in the department having to get special permission to hold onto $82 million of it rather than returning it to the national treasury.

In addition, Ferguson’s office found that mandatory security training for staff working in dangerous locations was not being done, and nobody was tracking the work with an eye toward catching up. Despite funding having been made available in 2017 for this very purpose.

« Staff members working at these missions are exposed to a range of security risks. Those who had taken this training at selected missions told us they had found it beneficial to their personal safety, » the report notes.

In many of these areas, the AG found numerous problems had been flagged years ago, including with recommendations for dealing with them that just weren’t followed.

« We concluded that Global Affairs Canada did not fully meet its physical security needs at mission abroad to protect its staff and assets, » the report says.

In its responses to the recommendations, the department acknowledges the deficiencies, laid out plans to update its standards and procedures and to use the $1.8 billion approved last year to improve security of its missions, with timelines for completion ranging from December 2018 to 2020.