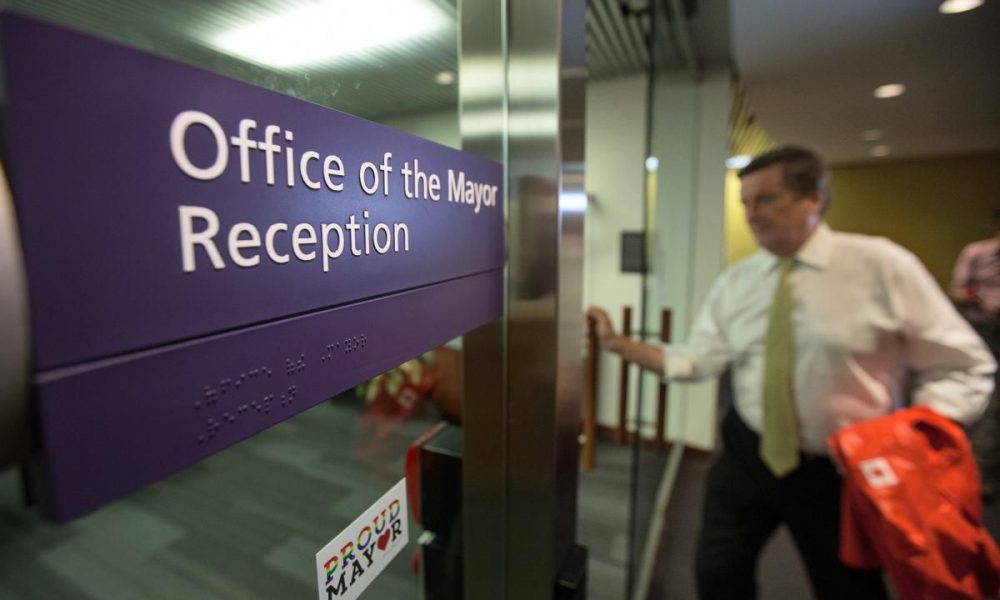 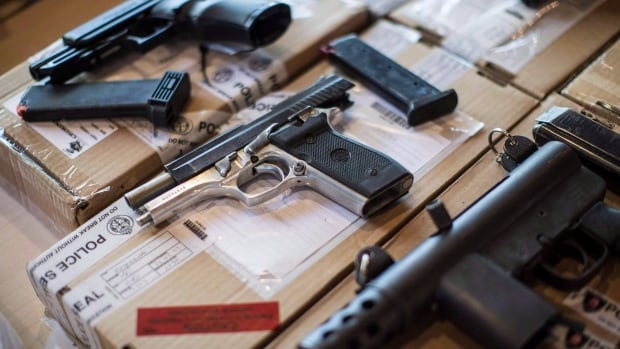 The RCMP has improved its internal approval process for online postings after sending out a potentially misleading message on firearms earlier this year, a House of Commons committee heard this week.

The procedure and house affairs committee has been hearing testimony about whether an RCMP post about Bill C-71 was in contempt of Parliament for treating the Liberals’ firearms bill as law when it’s still twisting its way through the Senate.

If passed, the controversial legislation would reclassify two types of firearms — most models of the Ceska zbrojovka CZ-858 rifle and certain Swiss Arms firearms — as ‘prohibited’, which means owners would have to apply to have their rifles grandfathered or face dispossession.

In an April online bulletin, the RCMP warned gun owners that « if your SA firearm was listed in Bill C-71, it will be classified as a prohibited firearm, » and went on to explain the steps gun owners would have to take to get their guns grandfathered.

Conservative MP Glen Motz raised a question of privilege in the House in May over what he called the « presumptuous » language in the bulletin. Later that day, the RCMP changed their wording.

On Tuesday, Louise Baird, who works in the strategic communications and ministerial affairs unit within the Treasury Board Secretariat, told the committee that the RCMP already has tweaked its internal process for online postings since the contempt question was raised.

« It sounds like there were process problems in terms of who was approving that web content and I understand the RCMP has modified their processes to ensure they have the appropriate levels of approval in place, » she said. « They’ve ratcheted up what the approval levels have to be. »

Sanctions on the table

It now falls to MPs on the committee to write a report about whether they believe the RCMP should face sanctions.

Charles Robert, clerk of the House of Commons, suggested government departments and their agencies likely will be more careful online going forward.

« As cases arise, members of the various departments who deal with communications respecting legislation before Parliament will become more sensitive and will avoid these kinds of careless errors, because one assumes none of this was intentional, » he said.

RCMP Deputy Commissioner Jennifer Strachan, who appeared before the committee earlier this month, said the force is « very regretful » over the incident. 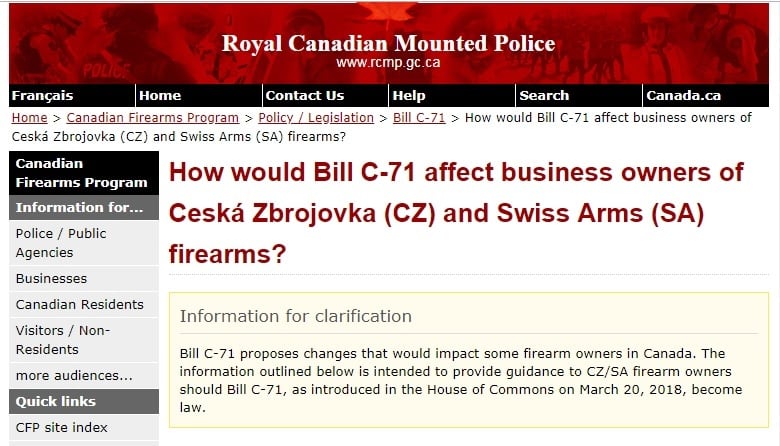 « The irony of that is that the whole intent of the efforts by the staff was to assist Canadians, not cause any confusion, » she told the committee.

Her colleague Rob O’Reilly, director of firearms regulatory services, said the goal was to prepare firearm owners for potential changes.

« In short, we had two choices: say nothing, wait two years and then tell people that it was too bad for them, or communicate the information in advance. We wanted to give them this information so they could make good choices, » he said.

Public Safety Minister Ralph Goodale defended the force, saying it « fully respects the authority of Parliament and the legislative process. »

« The language of the initial web content on Bill C-71 was not intended to assume the passage of the legislation, contravene the legislative process, or undermine the authorities of Parliament, » he told the committee.

Goodale called on the committee to recommend safeguard mechanisms in the communications process to prevent similar incidents in the future.