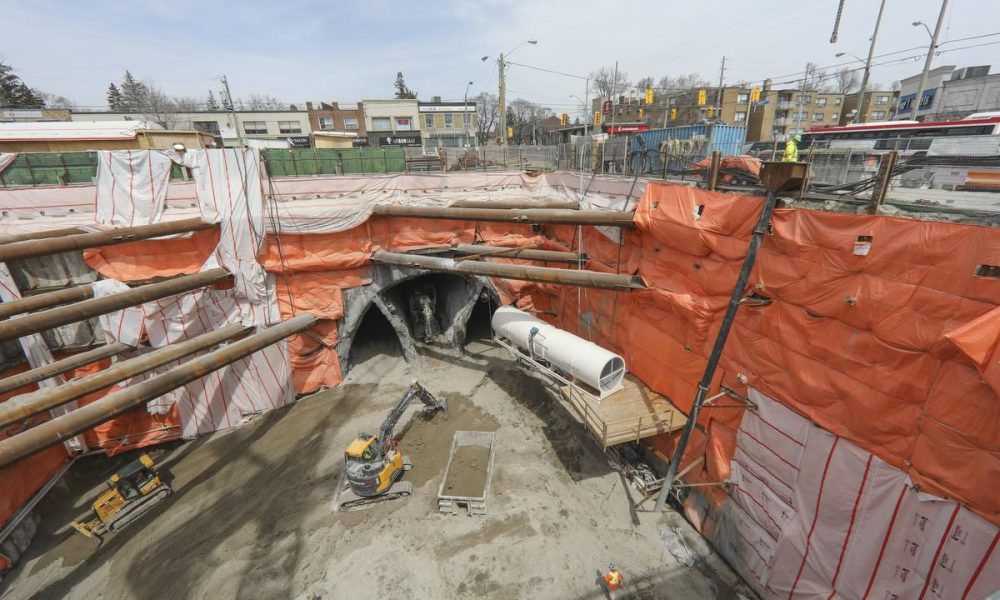 A lengthy closure of a midtown intersection intended to accelerate work on the Eglinton Crosstown LRT has been postponed due to local opposition, a decision that comes on the heels of questions about whether the massive transit project will be done on time.

Earlier this month Metrolinx, the provincial agency that oversees transit planning in the GTHA, announced Bathurst St. between Eglinton Ave. West and Wembley Rd. would be closed between December and June to allow the construction of Forest Hill station, one of 25 planned stops on the 19-kilometre line.

According to a notice posted to the project website, the seven-month closure would cut the duration of construction on the street by nearly half, eliminate the need to reconfigure the intersection several times over the course of the work, and improve safety conditions at the site.

Councillor Josh Matlow, whose ward is bordered by Eglinton, said he objected to the plan when he learned about it soon after winning re-election in October.

He said neither Metrolinx nor Crosslinx, the private consortium building the $5.8-billion LRT, had consulted the public about the plan, and announced it despite not yet having a construction permit from the city.

“The overwhelming response is of tremendous concern, principally because of the incursion of traffic that will result from this,” he said.

Timeline of the Eglinton Crosstown construction

Matlow said he and his constituents accept the fact that the construction of a major transit line will cause disruption, but he argued residents deserve to provide input about how to mitigate the impacts and suggest alternatives. He said many feel a partial closure of the street would be preferable, even it means it takes longer to complete the work.

In response to Matlow’s objections, Crosslinx has agreed to postpone the closure and hold a public meeting next month.

Crosslinx spokesperson Kristin Jenkins said while the construction group remains on track to meet the September 2021 deadline, accelerating work at Forest Hill would “(give) us some cushion.” The full closure of Bathurst would allow crews to operate in four work zones simultaneously instead of one at a time.

“It helps manage risk in case something unexpected comes up,” Jenkins said. “Plus it’s good for the community. By getting the work done faster, the road would be restored to normal faster.”

According to a source familiar with the plans who spoke on the condition of anonymity because they weren’t authorized to talk publicly about the process, prior to the closure being announced city transportation staff told Crosslinx their permit would be approved.

In July Crosslinx, a partnership of Aecon, Dragados Canada, EllisDon, and SNC-Lavalin, cast doubt on whether it would finish the Crosstown on time when it sued Metrolinx for allegedly causing delays and cost overruns.

In a notice of action filed in court, Crosslinx asked for an extension of the 2021 deadline as well as reimbursement from Metrolinx for additional costs the group said it had incurred as a result of the agency’s actions.

The two sides reached a settlement in September under which Metrolinx agreed to pay the consortium $237 million. Both parties agreed to seek ways to speed up construction to ensure the project stayed on schedule, including extending work hours and performing multiple jobs concurrently.

Jamie Robinson, Metrolinx’s chief communications and public affairs officer, said Monday the Crosstown is still on track to be completed by 2021, “and will bring huge benefits to the city.”

“We’re building one of the largest transit projects in North American through highly congested, urbanized neighbourhoods. We know that construction can be disruptive and work very hard with Crosslinx to minimize the impacts on residents,” he said.