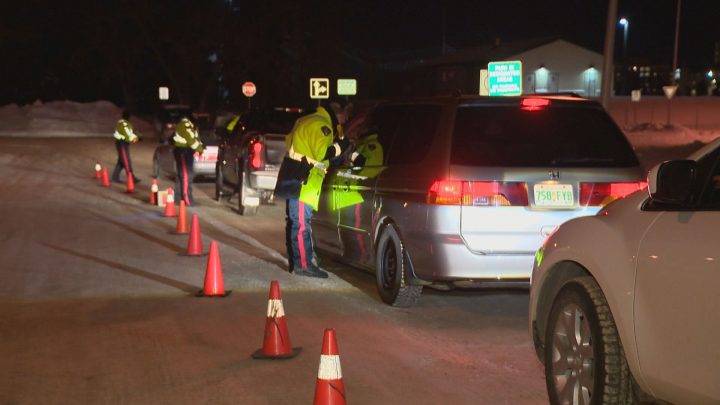 The small town of Warman, just outside of Saskatoon, has come up with a system to ensure those leaving their local bar on New Year’s Eve end up at home, safe and sound.

“We have gotten together with Tosh’s Bar and Grill and decided we would start off the new year on the right foot and give everyone a safe ride home, and we will be continuing that on through the new year,” said Valerie King, Prairie Transit owner and operator.

After Warman residents Dawn and Sam Schnurr lost their 11-year-old daughter in a head-on collision just days before Christmas, the community decided to come together to ensure another tragedy doesn’t occur.

“We want to support the family that lost the little girl so Prairie Transport is donating any tips that are given to the family, and for people that don’t need a ride, there will be something on the bar if they want to donate,” said Elaine Cousen, owner of Tosh’s Bar and Grill.

SGI has been stressing the importance of driving sober during the holiday season.

Not only will Prairie Transit offer rides to residents in Warman but also to people in Martinsville and Osler as well.

“I think it’s important to keep our community safe, especially our rural areas are kind of left behind, and they need safe rides home as well,” King said.