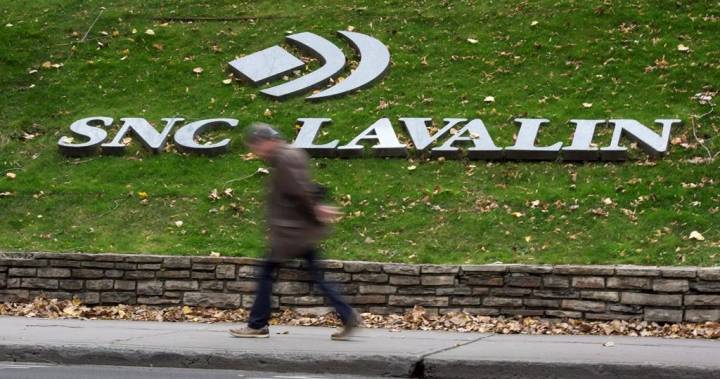 The SNC-Lavalin scandal rocked Canadian politics this past week, culminating in the resignation of Veterans Affairs Minister Jody Wilson-Raybould on Tuesday.

But the scandal itself is complicated and has many implications.

Here’s a breakdown of the issues at play.

What does SNC-Lavalin do?

SNC-Lavalin is an engineering and construction firm based in Montreal and was once considered one of the top engineering companies in the world.

Its work has included government contracts, mining, transportation and infrastructure. It gained a reputation for building a large dam in Quebec that spearheaded the province’s development of hydroelectricity and for developing the skill sets for thousands of Quebec workers.

It is still considered a crown jewel in Quebec, according to business experts.

What are the criminal charges?

In 2015, the RCMP charged SNC-Lavalin, along with its international division, with corruption and fraud in relation with their business dealings in Libya.

The RCMP said officials at the company attempted to bribe several public officials in the country, including dictator Moammar Gadhafi, as well as other businesses in Libya.

If convicted, the company would be barred from bidding on federal projects for 10 years, and current federal contracts would be in jeopardy.

FROM THE ARCHIVE: RCMP lay fraud, corruption charges against SNC-Lavalin in 2015

What is the Prime Minister’s Office accused of doing?

SNC-Lavalin attempted to avoid a trial for the criminal charges, but in October, back when Wilson-Raybould was Canada’s attorney general and justice minister, federal prosecutors refused to negotiate a deal under a newly passed remediation agreement regime.

The remediation regime became law through Bill C-74 in June 2018 and would have imposed a fine in exchange for abandoning court proceedings. It allows corporations to skip a conviction and keep bidding on federal projects, which could protect the company from layoffs and financial troubles.

In a bombshell report, the Globe and Mail alleged SNC-Lavalin lobbied the PMO’s office to secure the remediation agreement.

The report said Wilson-Raybould was pressured to get federal prosecutors to change their refusal to negotiate remediation, but she was unwilling.

Trudeau called the allegations in the Globe report “false” and said no one in his office “directed” Wilson-Raybould to make any decision, but refused to comment when asked whether there had been any broader “influence” efforts


READ MORE:
What Justin Trudeau has said about the SNC-Lavalin controversy

SNC-Lavalin filed an application for a review of the decision on remediation in October.

Wilson-Raybould was shuffled out of her position as justice minister and attorney general and made Minister of Veterans Affairs in January. Quebec MP David Lametti replaced her.

The ethics commissioner of Canada is looking into whether there was political interference in the case.

In 2011, an SNC employee whose job was to facilitate travel of SNC employees in and out of Libya was arrested in Mexico and accused of attempting to smuggle Gadhafi’s son and family out of the country. The employee was eventually released from jail and not charged in Canada.

In Switzerland, an ex-senior employee from SNC-Lavalin pleaded guilty to fraud, corruption and money laundering in relation to his business in Libya in 2014 — before the RCMP charges. Riadh Ben Aissa acknowledged in court that he bribed Saadi Gadhafi, son of Libya’s late dictator Moammar Gadhafi, so SNC could win contracts.

The company was also banned from bidding on projects by the World Bank for 10 years over alleged misconduct during a bridge construction contract in Panama. During an investigation from CBC and the Globe and Mail, it was alleged there was an internal accounting code for bribes. Officials were charged with fraud, but they were acquitted after a judge threw out wiretap evidence.

Closer to home, three top executives were also charged with bribery in relation to the McGill University Health Centre. Former CEO Pierre Duhaime, along with McGill officials, pleaded guilty in the case.

FROM THE ARCHIVE: SNC-Lavalin to reimburse municipalities, agencies in 2016 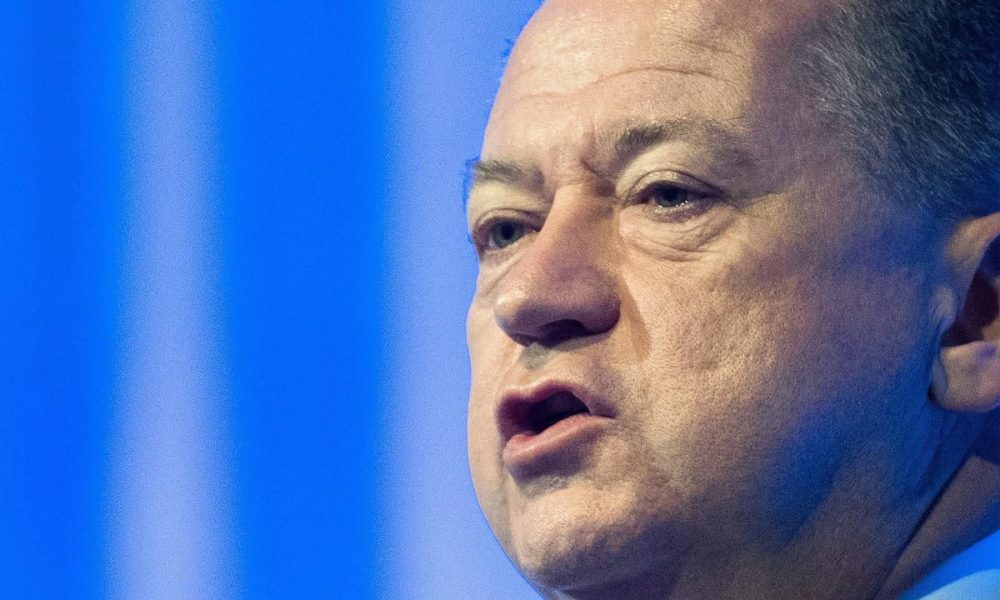 OTTAWA—Was it direction, or pressure, or nothing at all?

That was a central question in the drama—some would say scandal—that broke out on Parliament Hill this week. The Liberal government was broadsided by allegations that officials in the Prime Minister’s Office, after repeated lobbying by SNC-Lavalin, tried to convince former attorney general Jody Wilson-Raybould to strike a mediation deal instead of pursuing fraud and corruption charges against the Quebec-based engineering giant.

Justin Trudeau was accused by the opposition of suspiciously “legalistic” denials, after an obstinate performance at a news conference in Vaughan, where he repeatedly stated that neither he nor anyone in his office “directed” Wilson-Raybould to intervene in the case. He repeatedly refused to answer whether there were attempts to influence or pressure her—although Wilson-Raybould’s replacement in the portfolio, along with other Liberal MPs, have since said there was no pressure or influence from political operatives in Trudeau’s office.

Why should you care?

To quote from the kiss-off letter that Wilson-Raybould penned last month when she was reassigned to Veterans’ Affairs, “It is a pillar of our democracy that our system of justice be free from even the perception of political interference.”

There’s a lot to unpack here, so let’s get up to speed:

Can the attorney general intervene in federal cases?

Yes. Under the Director of Public Prosecutions Act, the attorney general can take over the Crown’s prosecution of criminal cases and direct the federal government’s top prosecutor—the aptly named Director of the Prosecution Service of Canada—on how to conduct a case. The act says this is allowed if the attorney general thinks the proceedings at hand “raise questions of public interest.”

But if the attorney general decides to intervene in this way, she must publish her rationale for doing so in the Canada Gazette, a publication that outlines recent actions of the federal government.

What about political interference?

The government’s accountability rules are clear: prosecutions should be free from “political control, direction and influence.”

There is some room, however, for the attorney general to consult with the prime minister and other cabinet members before intervening in a prosecution, “depending on the complexity or sensitivity of a case,” according to the privy council’s rules for “Open and Accountable Government.”

But the key element is that it’s up to the attorney general to start the consultations, said Ian Brodie, who served as chief of staff to former prime minister Stephen Harper.

“It starts with her. She makes the final decision. There’s nothing in there about the prime minister directing her or anybody else picking up the phone and suggesting she might want to think about something,” Brodie said.

“Any suggestion that there was political interference or political pressure brought to bear on a prosecution decision, that’s got to be answered definitively, right away,” he said.

Gerry Ferguson, a professor at the University of Victoria who wrote a book on global corruption law, said there is a centuries-old tradition that the attorney general’s role as the government’s chief prosecutor needs to be independent from her position as a member of the executive branch at the cabinet table. As such, “it is improper for any other minister to attempt to influence the attorney general in her first role,” he said by email Friday.

So what’s the deal with SNC-Lavalin?

The multinational corporation faces a slew of corruption and fraud charges that the RCMP laid in 2015. The company is alleged to have doled out millions of dollars in bribes to officials in Libya to secure work on government contracts.

In recent months, the company has sought a so-called “deferred prosecution agreement” with the Crown. Such an agreement would halt the criminal trail against the company, and see SNC-Lavalin agree to a series of conditions that could include the payment of fines and co-operating with authorities.

But in October, the company revealed that government prosecutors decided not to offer a DPA in this case. Since then, it has filed a judicial appeal in federal court, while SNC-Lavalin president Neil Bruce penned a public letter that said the firm will continue to push for a mediated solution to avoid a criminal trial.

The company has met with government officials nine times in the last six months to discuss “justice and law enforcement,” according to the federal lobbyist registry.

Why does SNC-Lavalin want a DPA?

The Liberal government introduced DPAs in a 582-page budget bill last year, after it held consultations about the proposal in the fall of 2017. They have been available in the United States since 1992 and the United Kingdom since 2014.

Ferguson pointed out that DPAs allow companies to avoid convictions, even if they have to agree to facts that could have supported a conviction, as well as to pay financial penalties. That is significant because a conviction for fraud or corruption would bar SNC-Lavalin from bidding on government contracts for 10 years. “This debarment would create a significant negative impact on SNC-Lavalin’s future economic prospects,” he said.

Peter MacKay, a former Conservative justice minister, said the Stephen Harper government contemplated introducing DPAs as well. He said the agreements can lead to tough penalties for a company, while avoiding the consequences a criminal conviction would have—including the prohibition from government contracts.

“That’s a death knell for a company,” he said.

Canada’s DPA law came into force in September. But so far, no companies have reached such an agreement with federal prosecutors.

With files from Bruce Campion-Smith and Tonda MacCharles