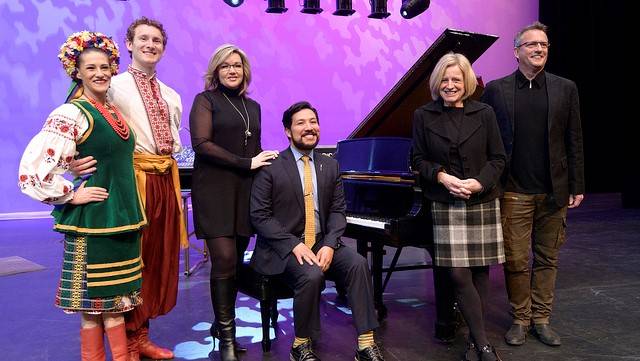 Alberta has become the first province to dedicate a month to artists.

The Alberta government has proclaimed January 2019 the first Month of the Artist.

The province said the intent is to celebrate artists and the value they bring to Alberta, both socially and economically.

“It is a way to raise awareness of the challenges artists face and the value they bring to our province. Art is work. Art creates jobs, and art contributes to our growing economy,” Culture and Tourism Minister Ricardo Miranda said.

The province is encouraging Albertans to show their support for local artists by doing things such as taking in a show, visiting an art gallery or attending a concert.

“I am proud that our government is supporting the hardworking artists who build Alberta’s rich social fabric and our economy. I hope everyone enjoys Canada’s first Month of the Artist.”

A 2016 Statistics Canada survey suggested 44,880 Alberta residents were employed in the arts, entertainment and recreation.

Alberta Culture and Tourism launched its Artist in Residence program, which offers a $75,000 grant for a one-year term. The 2019 recipient will be announced this month.