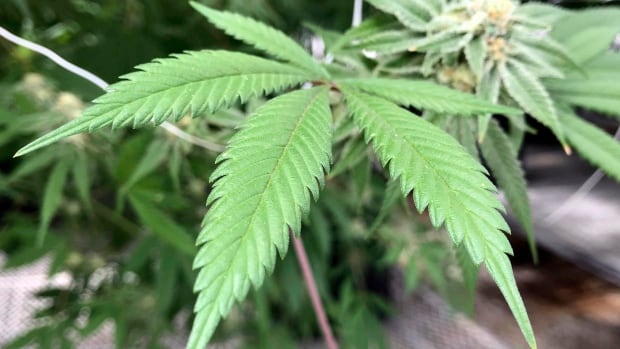 The federal agency barred Bonify Medical Cannabis from selling cannabis on Monday due to safety and public health concerns.

The case has been forwarded on to the RCMP and Canada Revenue Agency, said Morrissette.

The announcement comes after Health Canada issued a recall on two Bonify strains in December over contamination concerns on products sold in Saskatchewan.

The Liquor, Gaming and Cannabis Authority of Manitoba, which regulates the cannabis retail sector, and the Manitoba Liquor and Lotteries Corporation, the wholesaler of cannabis in the province, followed suit and suspended the sale of Bonify products.

The investigator alleged senior managers of threatened staff members to look the other way when 200 kilograms of unlicensed cannabis arrived at the Winnipeg facility. Three Bonify executives were subsequently dismissed.

The company has 10 days to respond to the suspension and give Health Canada a reason to reconsider.

« Health Canada will continue to undertake unannounced inspections of cannabis licence holders to help ensure that they are in compliance with the law and regulations, » Morrissette said in a statement.

« Health Canada is disclosing this licensing decision as part of its ongoing commitment to openness and transparency. The department publishes information on its inspection and enforcement activities so that Canadians can see how industry follows the rules put in place to protect their health and safety. »

CBC News tried to contact Bonify Tuesday night for a response but did not hear back. 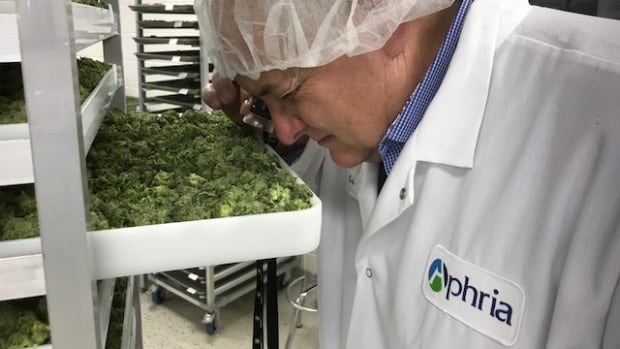 Shares in battered Canadian cannabis company Aphria seesawed Wednesday after the company that sold them assets a short seller says are worthless defended the transaction.

The stock has been in free fall ever since a prominent short seller said on Monday that the company’s recent series of acquisitions in Latin America and the Caribbean are essentially worthless.

SOL Global Investments Corp., the company that sold Aphria various cannabis holdings in Jamaica, Argentina and Colombia, issued a statement on Wednesday saying it was « satisfied with the outcome of the transaction, » and touted the quality of the assets in question.

« These emerging market licenses represent some of the most significant growth opportunities in the global cannabis and CBD [cannabidiol] marketplaces, » chief executive officer Brady Cobb said.

At a short seller’s conference in New York on Monday, Gabriel Grego of Quintessential Capital Management called Aphria « a black hole » for investors’ money and insinuated the assets Aphria bought did nothing but enrich insiders.

Cobb said the short sellers « are financially invested in destroying the stock prices of SOL Global and other cannabis companies by publicizing false and/or purposely misleading information to apply negative pressure to stock prices. »

Short sellers make money by betting against certain stocks. They do so by borrowing shares in the companies from other investors, selling them, pocketing the profits and then replacing the shares they borrowed at a lower price later on.

« Our company will not engage in a back-and-forth with these bad-faith actors at this time, » Cobb said, encouraging investors to take a close look at the company’s financial statements for themselves.

Investment analysts who cover the company have been digesting the story as it unfolds, and so far most have maintained confidence in the company — even if it is waning a little.

« The report also alleges that Aphria insiders held undisclosed economic interests in financing vehicles prior to being acquired, » Canaccord analyst Matt Bottomley said of the story on Tuesday.

« The company has categorically denied these allegations to us. While we have no way to assess the validity of the claims, even after discounting our valuation to reflect higher risk, we still see good value at current levels. »

Bottomley has a target price of $18 on the shares — meaning that’s what he thinks the stock will be trading at in the next 12 months. That’s three times its current level.

Aphria shares were falling again in premarket trading on Wednesday, before rallying when the SOL statement came out at 9:30 a.m. Later on in the morning, the shares were essentially flat compared with Tuesday’s close, changing hands at $5.95 a share.

« We believe that management’s credibility may have been impacted by the allegations raised in this report, » GMP analyst Martin Landry said. « It is unclear at this point how the company will re-establish trust with investors. »

Landry had a $22 target on the shares prior to the short seller’s report, but has now put that target « under review. » 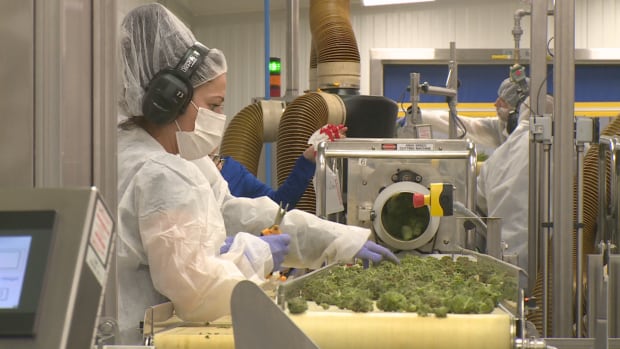 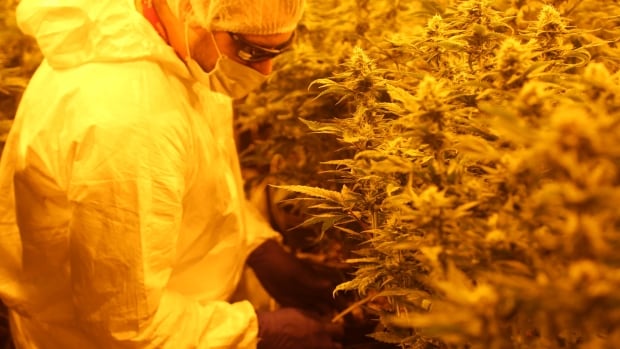 The packaging room at Emblem Corp. is a hive of activity as white-suited staff members wearing hairnets and masks carefully measure out exactly one gram of marijuana then seal it in small, white jars.

Those fragments of dried cannabis flower are destined to be some of the first sampled by consumers in Ontario and Alberta once marijuana becomes legal in Canada next Wednesday.

Legalization presents both an opportunity and a potential problem for Emblem, which has focused on medical cannabis production in years past. As it expands into recreational products, it’s also preparing for the idea that some of its traditional customers might start self-medicating.

But the mood at the plant, just outside of Brantford in Paris, Ont., is upbeat as legalization day approaches.

« This is a watershed moment in our history, we’re the first, first-world nation to legalize cannabis, this is a huge deal no matter how you cut it, » said Jordan Rodness, director of product strategy during a tour of the facility. 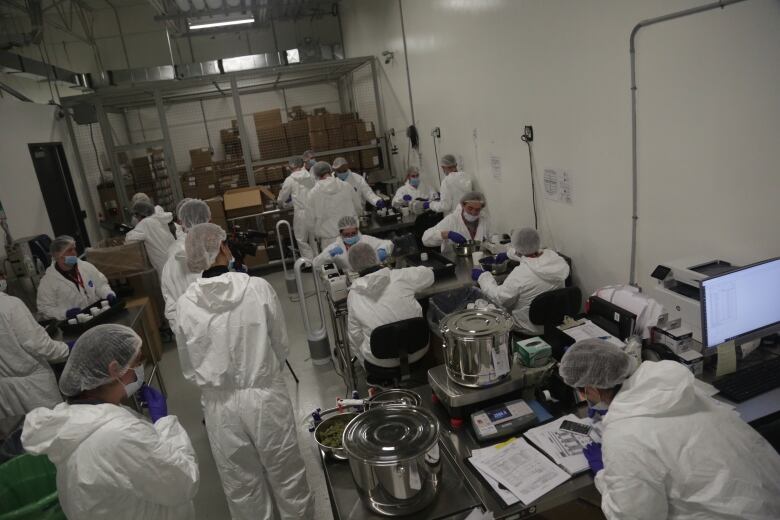 The packaging room was busy during a tour of the facility Thursday as staff sealed marijuana in small, white jars. (Dan Taekema/CBC News)

« The excitement in the room is nuts. People are so engaged in this work and so excited to be participating in this moment. It’s been amazing. »

Excitement, sure, but CEO Nick Dean admits there is some concern a segment of their 5,000 customers might suddenly skip the doctor and come up with their own treatment plan using recreational products. 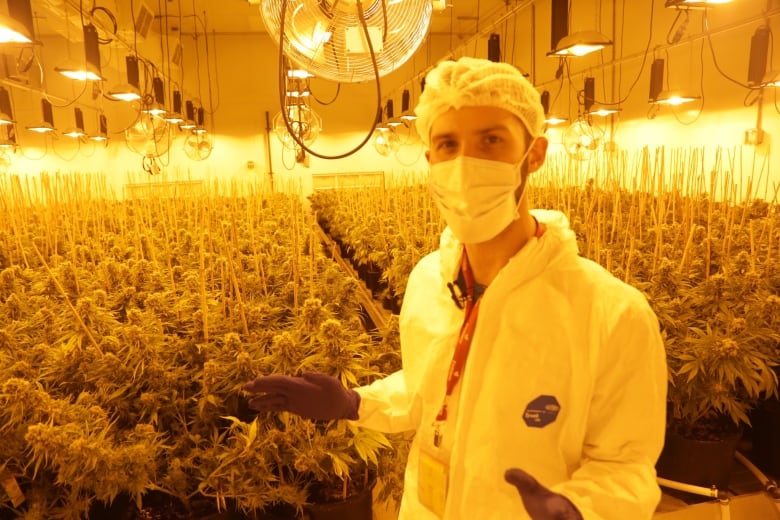 Jordan Rodness, is the director of product strategy for Emblem, he described marijuana legalization is a watershed moment for the industry. (Dan Taekema/CBC News)

Still, he’s optimistic that working with insurance companies to cover medical cannabis, along with educating physicians and the public, will make up for the difference.

« Ultimately whenever someone has an ailment, whether you’re suffering from shoulder pain because you used to be the quarterback on your high school football team … or you’re having anxiety, typically the first place we go is to our physician, » he explained.

« I believe that’s going to be the case and as more and more physicians are educated on the benefits of medical cannabis I think we’ll continue to see more and more prescriptions. » 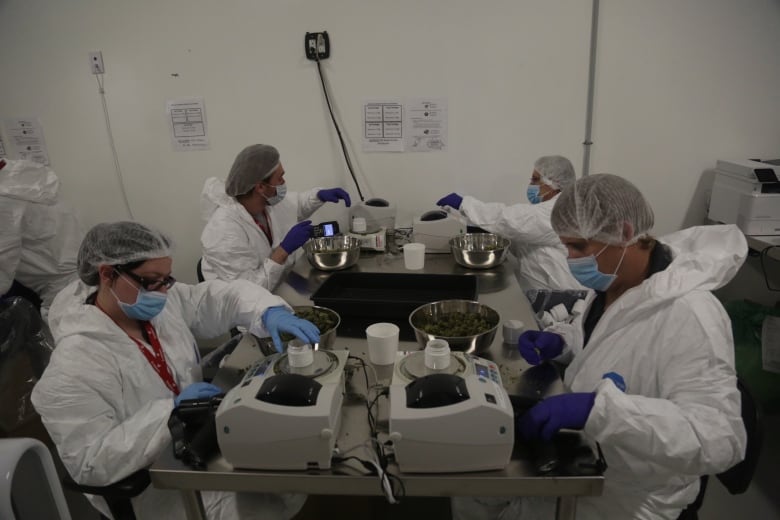 Packagers carefully measure out exactly one gram of marijuana into small jars as part of Emblem’s recreational offering that will be shipped to sites in Ontario and Alberta ahead of legalization Wednesday. (Dan Taekema/CBC News)

What sets Emblem apart, according to general manager Jeff Keyes, is that i’s a « closed-box system » where the conditions in five rooms packed with about 500 plants each can be completely controlled to churn out consistent products.

That means everything from light, humidity and even CO2 levels can be monitored and tweaked as needed.

« Our focus here has been on quality, not quantity, » said Keyes. « We’re growing in rooms where we can control 135 different factors. » 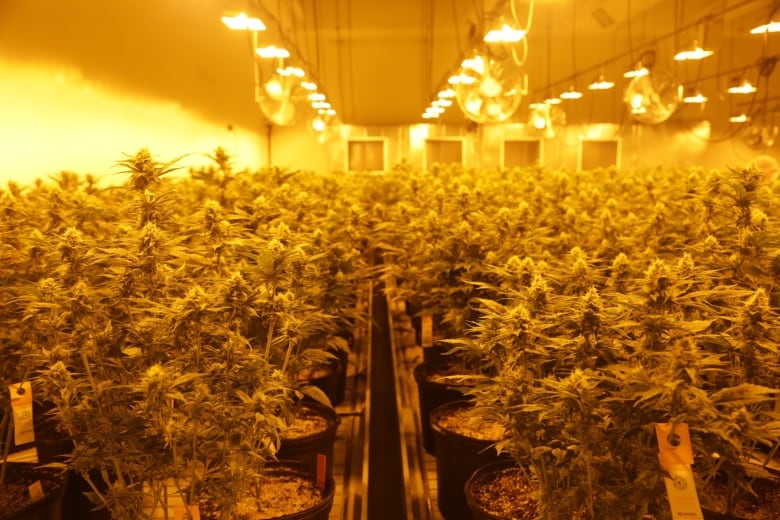 The facility currently employs 65 people, and is already working on an addition where they’ll work on researching and developing oils, sprays and tablets that aren’t currently legal for recreational use in Canada, but are in other countries.

Once that addition is complete, they plan to employ more than 100. Jobs at the include everything from unskilled workers to highly specialized scientists trained in disciplines like botany. 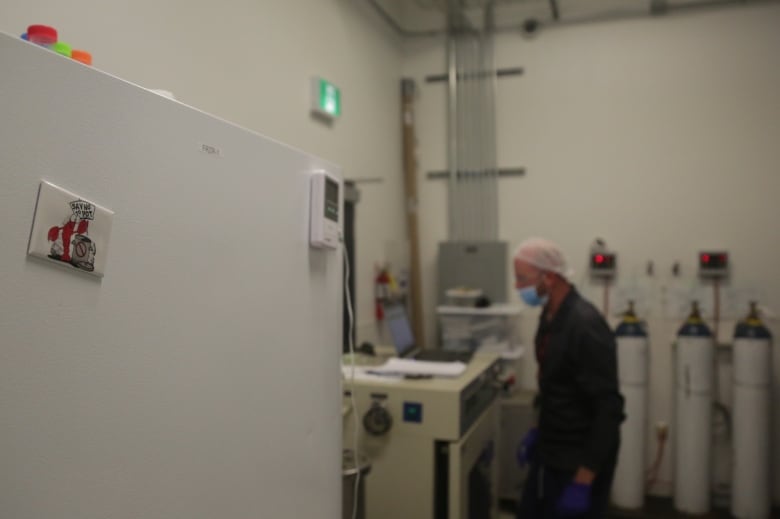 The company has mainly been focused on producing medicinal products, but plans to contribute to the recreational market too. (Dan Taekema/CBC News)

« We wanted to show that it’s incredibly professional, that it’s a sterile environment, it’s pharma-grade, we’re producing high quality and consistent products for both patients and consumers. »