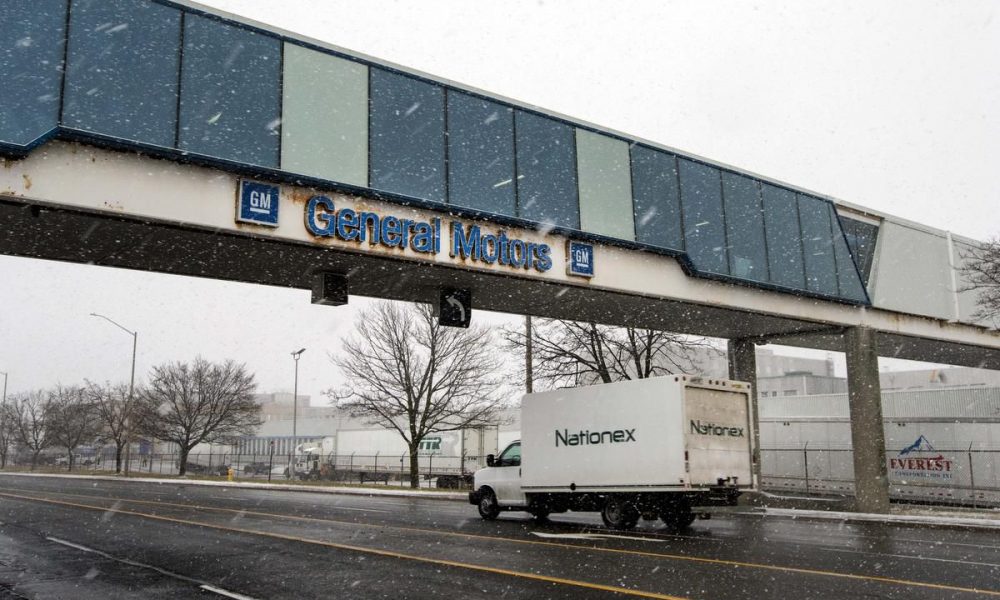 Premier Doug Ford, Prime Minister Justin Trudeau and even Warren Buffett came under fire at a rally in Windsor Friday in support of Oshawa auto workers, but it was GM CEO Mary Barra who drew the harshest criticism from union leader Jerry Dias.

“We are absolutely disgusted at not only your corporate greed, but also your personal greed,” fumed Dias, the president of Unifor, which represents the 2,600 GM workers who’ll be out of a job by next year. The rally brought together auto workers and leaders of other unions from across the province.

Dias blasted Barra’s $22-million salary, and claimed the GM CEO is also the company’s biggest non-institutional shareholder, meaning her own net worth had risen while jobs were being cut.

Dias, whose harsh words were cheered and brought cries of “shame” from the crowd — estimated by union sources as “in the thousands” — was speaking on the heels of a GM meeting with institutional investors, where the company said the fourth quarter of 2018 was a stronger one than expected for the company.

Barra said the company doesn’t foresee any further job cuts through 2020. In November, GM announced plans to close five North American factories and get rid of 14,000 workers, including roughly 2,600 in Oshawa.

The rosy profit forecast comes despite declining sales for the company in the U.S. and slowing sales in China. GM also plans to exit several car lines in the U.S. in the coming year.

The outlook exceeded Wall Street’s expectations for both years. Analysts polled by FactSet expect pretax earnings of $6.24 for 2018 and they predict a decline for this year, to $5.92.

“I bet they didn’t tell investors that in Canada, sales dropped by 30 per cent in December, compared to 2017,” Dias said to hoots from the crowd in Windsor.

Among GM’s investors is Berkshire Hathaway, the financial behemoth run by Buffett.

Referring to one of Buffett’s favourite sayings that it takes 20 years to build a reputation but 5 minutes to destroy it, Dias warned the so-called Sage of Omaha that he could be hurting his own reputation by sticking with GM.

“This is your five minutes,” said Dias, who also demanded a meeting with Barra, Trudeau and Ford to discuss ways to save the Oshawa plant.

With files from Star wire services