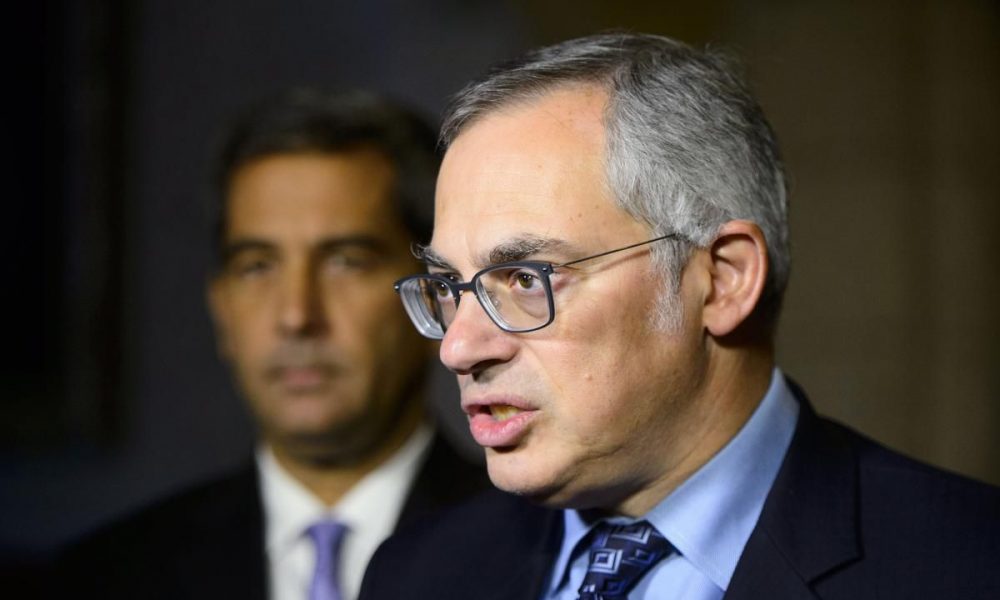 A flood of sexual harassment has swept over male Conservative politicians federal and provincial, leaving everyone soaked in distaste and sudsing in dubious fluids. Now the oak flooring is ruined, just ruined. They’ll repair it, but they know it’s going to flood again.

There is something about being a prude in public that makes men go over the top in private, but cellphones are no longer secure. Men call teenage girls sluts for doing what these men did.

I’ll start with that hussy, Conservative MP Tony Clement from sexy Parry Sound—Muskoka, formerly shadow justice critic, former Stephen Harper senior minister and former Ontario minister of health. Most famous for spending $100,000 of public money intended for a G8 summit in Huntsville on a fine gazebo an hour away in tiny Orrville, Clement defended the indefensible. He may have to live in the gazebo for the next while. Can someone send him a pumpable airbed and some towels?

And now this. I met Clement once, involuntarily, and he angered and creeped me out. Women he followed online late into the night were equally repelled by his greasy “pervy uncle” behaviour, as Martin Patriquin of iPolitics put it. There was a photo of Clement shirtless and a weird exchange about a hand sanitizer bottle and its liquid contents, and here we draw a veil.

A social conservative, he called himself “a six or a seven out of 10” when it came to abortion rights. So a man who expected to rule over women who consorted with male fluids to their cost was himself hunting young women online to consort with his.

I remember one Conservative MPP, whose identity I will conceal, being a hardline anti-abortionist who boasted about his long-suffering and obedient wife. When his sex account site was hacked, the sex ad he had placed read, “I can eat a peach for hours.”

Clement lied to Conservative leader Andrew Scheer that the sexual blackmail he faced after he sent sex photos and a video was a one-off. In fact, he was being tracked by unknown persons for his online leering in the summer.

I felt sorry for Scheer taking Clement at his word. Women know not to trust men like that. Shouldn’t men know too? Perhaps men don’t wade in personal waters, don’t overthink them.

We turn to Premier Doug Ford’s senior adviser, Andrew Kimber, who sexted at least five female colleagues, some with selfies of him in his underwear. I asked male Star reporters what kind of underwear, but they said they hadn’t delved at that level.

Next up is Jim Wilson, Ford’s economic development minister, who did something so horrible to a male staffer that he was fired almost on the spot. I wish to know, because I’m imagining a lit candle and a claw hammer. Disabuse me, please.

And now we come to the weird part. When Ford announced Kimber’s firing, he said “He lasted about a minute when we found out.” When he referred to Kimber and Wilson, he said, “They’re gone, they’re done. See ya later.”

Almost everything Ford has done since he became premier-elect has appalled me and my gang on the centre-left. He and I are chalk and cheese, we are petroleum jelly and meringue, we are a clot in the Conservative lung i.e., a pulmonary embolism. We are at variance.

But when I read what Ford had said, I felt a great wrench. Never in my life has an editor ever defended me against a harasser or a groper. At no time did an editor use those crisp, exultant phrases that would have freed me mentally and emotionally.

I have a lot of time for this version of Ford. I don’t know what else will emerge from these government offices — they’re like beartraps — and I don’t know Ford’s motive in firing these men fast. But the speed and decisiveness were a balm.