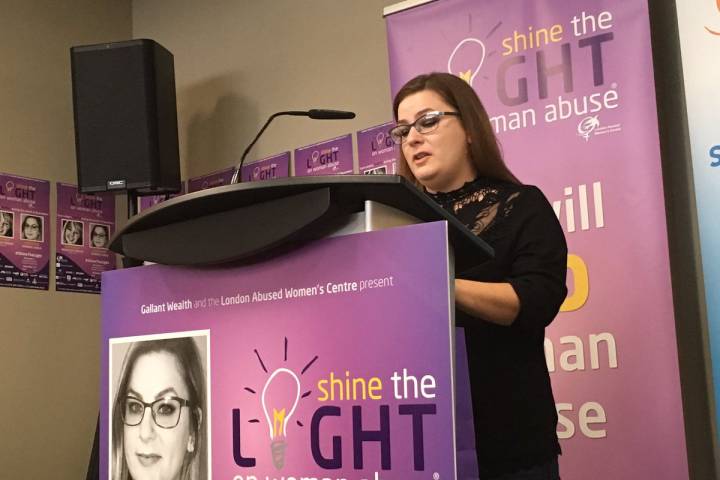 The Lighting of the Tree of Hope ceremony gets underway at 5:30 p.m. at Victoria Park.

According to executive director of LAWC, Megan Walker, 106 women were killed in Canada between January and the end of August, 33 of them by their intimate partners, half of those in their homes.

“We know that all women are potential victims of violence for no other reason than their gender,” Walker said.

“We also know that the most dangerous place for women is in their own homes,” said Walker.

Walker said the organization wants women to know they are not alone.

“In fact, they have a community, an entire community behind them that stands with them and asks them to reach out for support and does what they can to ensure they receive that support,” she said.

A big part of the campaign is a push to wear purple in support of victims.

“On the 15th of November we ask everybody to wear purple,” said Walker.

“It’s a real, significant sign of support for women and girls at universities, walking down the street, and in your workplaces to see everybody wearing purple,” she said.

This year’s campaign honours Maddison Fraser, a woman who was involved in the sex trade and died in the crash of a car that was driven by a sex purchaser.