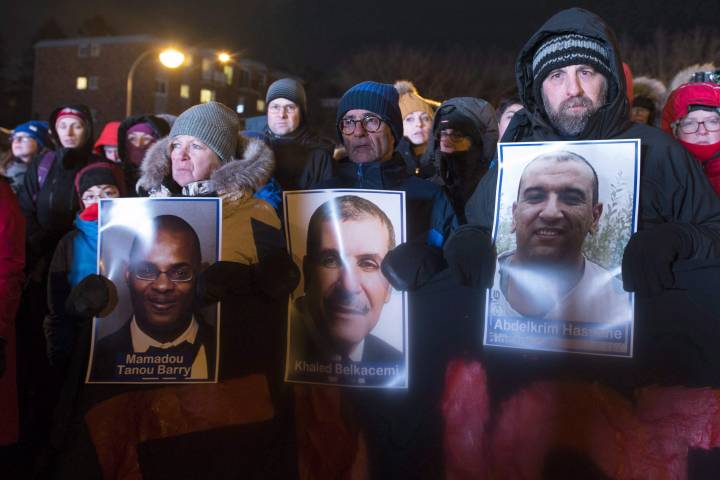 It took one deadly act to raise Canada nine places in a global terrorism ranking of 163 countries in a report covering 2017 incidents.

The Global Terrorism Index 2018, released on Wednesday, ranked Canada 57th, and much of it had to do with the six people who were killed in a mass shooting at a Quebec City mosque in January 2017.

Coverage of the Quebec mosque shooting on Globalnews.ca:

The report was produced by the Institute for Economics and Peace, a think tank that works to “develop metrics to analyze peace and to quantify its economic value.”

The institute derived results based on data from the Global Terrorism Database (GTD), which is collected by people at the National Consortium for the Study of Terrorism and Responses to Terrorism (START) and the University of Maryland.

Those factors were then weighed with scores between zero and three and a five-year weighted average was applied to them to show the “latent psychological effect of terrorist acts over time.”

Deaths were weighed higher than other factors.

The report noted that Canada had six terror-related deaths in 2017, and that all of them came in the Quebec City mosque shooting by a gunman described as a “right-wing extremist.”

However, this characterization has been challenged by at least one psychiatric expert.

The shooter was Alexandre Bissonnette, a Quebec City man who pleaded guilty in March to six counts of first-degree murder and six additional counts of attempted murder.

Alexandre Bissonnette is shown in a photo from his Facebook profile page. Bissonnette was arrested after a shooting at a Quebec City mosque which left six dead and others injured.

Before the shooting, Bissonnette developed what he called an “obsession” with mass shooters.

He developed an interest in the 1999 Columbine shooting when he was 15, and then the 2014 mass shooting close to the University of California, Santa Barbara, in which Elliot Rodger killed six people and hurt 14 others.

Bissonnette would develop suicidal thoughts that evolved into the idea of committing a mass shooting — an idea he became obsessed with.

READ MORE: Inside the mind of a killer — what we now now about Alexandre Bissonnette’s Quebec mosque shooting plot

He also started reading about issues such as Islamist terrorism and immigration, convincing himself that if he shot people at a mosque, he could be protecting his family from terrorist attacks.

Bissonnette’s status as a terrorist has been questioned — a psychiatrist testifying for the Crown argued at a sentencing hearing that Bissonnette is not a terrorist because he didn’t follow a particular ideology.

“The crime was too egotistical to be a terrorist act,” Gilles Chamberland said.

Bissonnette, he said, was seeking fame and power for racist beliefs.

“Was this racist? Totally racist, even if [Bissonnette] doesn’t see it. … It’s clear this was based on something completely false.”

Nevertheless, the report shows far-right extremism growing around the world, even as total terrorist incidents decline.

Terrorism-related deaths dropped for the third straight year after they peaked in 2014, the report said, with total deaths (18,814) falling by 27 per cent year over year.

Meanwhile, total deaths from terrorism across Europe fell by 75 per cent, with “significant falls” recorded in Belgium, France and Germany.

A group of firemen leave the site of the Bataclan where a shooting and an hostage situation took place in Paris, France, 14 November 2015.

All of this happened as deaths associated with far-right terrorism grew from three in 2014 to 17 in 2017.

The report noted that far-right groups and individuals caused 66 deaths from terrorism in 113 attacks between 2013 and 2017.

Of those, 17 deaths and 59 attacks happened last year.

Most attacks were perpetrated by lone actors who followed far right, anti-Muslim or white nationalist ideologies.

The report came just over a month after CNN host Don Lemon said white men were the biggest terror threat in the U.S.

He supported this assertion with various reports, including one by the Government Accountability Office (GAO) that showed 225 deaths in U.S. incidents that were carried out by domestic violent extremists between Sept. 12, 2001, and Dec. 31, 2016.

Many of the deaths attributed to Islamist extremists happened in one incident — the 2016 Orlando nightclub shooting, which killed 50, including the gunman.

Attacks carried out by far-right extremists outnumbered incidents perpetrated by Islamists in 10 out of 15 years, the GAO added. 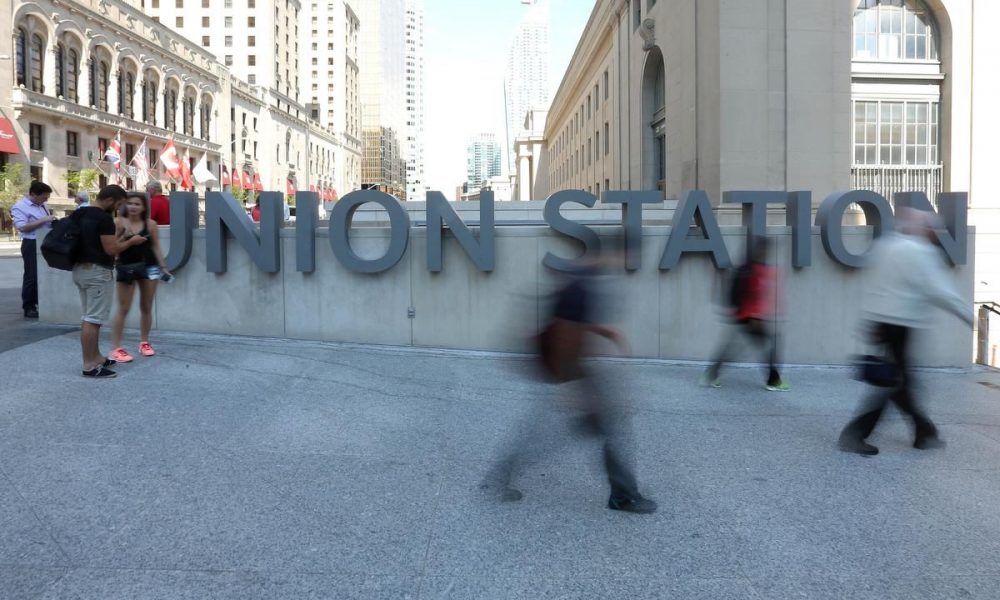 The revitalization of Union Station has been pushed back yet again to 2019 — the latest delay in the three years since it was originally meant to be finished.

The City of Toronto has been “disappointed and frustrated” with these delays, said city spokesperson Erin McGuey.

“The Union Station Revitalization Project, seemingly along with a number of other Bondfield construction projects across the province, has experienced significant delays in recent months,” she said.

When the construction was originally approved in 2009, with a timeline for completion in 2015, construction company Carillion Canada Inc. was hired to carry out the work. Carillion had only completed the first phase of the project before Bondfield Construction Inc. replaced them. Bondfield has missed deadlines on several projects in the past, including renovations on GO transit stations in the GTA.

McGuey said that “significant progress” has been made since the beginning of the revitalization process, “including completion of the York Concourse, the VIA Panorama lounge, two new bike parking stations, and the dig down under to create a new retail level under the station, and food court under the York concourse.”

What remains to be finished is the restoration of the Great Hall, the VIA Concourse, the new Bay Concourse and retail level, as well as “glass moat covers,” to protect commuters entering the station at street level from the elements.

The project has experienced numerous delays over the years. The last delay — from an early 2018 finish date to a late 2018 one — added $22.8 million to the budget. McGuey said the current approved budget has not changed from $823 million.

McGuey was unable to say just when in 2019 the work on the station will be completed.

“The city has taken action, including involving Bondfield’s surety company Zurich Insurance Company Ltd., under its performance bond to help ensure the project is completed as quickly and cost-efficiently as possible,” McGuey said.

The city is currently in discussions with both Zurich and Bondfield and hope to form a schedule and timeline in the next few weeks, she added.

“The city is actively managing this project, and will assess all future options to ensure its completion,” McGuey said.

Once completed, Union Station — which sees more than 300,000 visitors passing through daily according to McGuey, making it the country’s busiest transportation hub — will be able to support twice as many pedestrians. It will be a community hub for dining, shopping and gathering, she said. 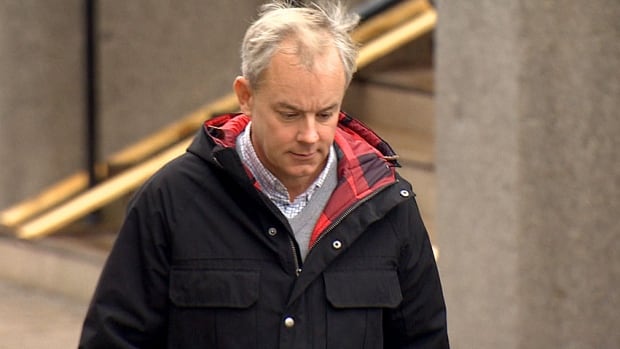 The second-degree murder retrial of Dennis Oland has been postponed for two weeks.

Court of Queen’s Bench Justice Terrence Morrison told the jurors the « unexpected legal issue » that delayed proceedings on Monday has not yet been resolved.

He dismissed the jurors until Nov. 20.

The high-profile case was scheduled to begin in Saint John on Tuesday, but was adjourned until today after the « unexpected legal issue » came up.

Morrison advised members of the jury and spectators at that time, the issue had to be resolved before the trial could start.

No information about the « issue » has been made public.

« In due course the matter will become public, to the extent that the law permits, » Morrison had said.

Oland, 50, is accused of killing his father more than seven years ago.

The bludgeoned body of multimillionaire businessman Richard Oland, 69, was discovered in his Saint John office on July 7, 2011.

A jury found his only son guilty in December 2015, but the New Brunswick Court of Appeal overturned that conviction in October 2016 and ordered a new trial, citing an error in the trial judge’s instructions to the jury.

Dennis Oland, who has maintained his innocence from the beginning and has the support of his extended family, again pleaded not guilty on Oct. 15, when jury selection for the retrial began.

A total of 16 jurors, nine women and seven men, were sworn in last week.

The retrial is expected to last about four months.