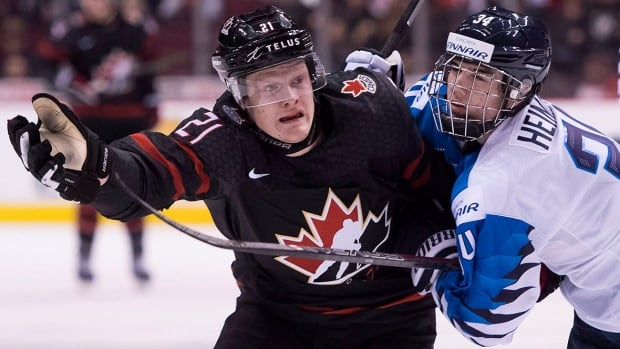 Fresh off Monday’s 2-1 setback to Russia — its toughest test at this year’s world junior hockey championship — Team Canada’s potential path to the gold-medal game doesn’t get any easier, starting Wednesday at 6:30 p.m. ET.

The 3-1-0 Canadians face elimination against Finland, which defeated the former 5-2 in pre-tournament action in Vancouver on Dec. 23 and went 2-2 in the preliminary round. Three years ago, the host Finns also downed Canada 6-5 in the quarter-finals.

« We’re going to come out hard, » Canada forward Morgan Frost, who with seven points shares the tournament scoring lead with American Ryan Poehling, told reporters. « We want revenge against them. I don’t think you’ve seen our best yet. »

Here are 5 keys to a Canadian victory at Rogers Arena:

Possessing an NHL-level shot, Owen Tippett has had scoring chances of late but hasn’t found the back of the net for Canada since the second period of its tournament-opening 14-0 drubbing of Denmark, which was shut out in each of its four round-robin games.

A return to form by the 2017 Florida Panthers draft pick — he has 19 goals and 33 points in 23 games for the OHL’s Mississauga Steelheads this season — would make Canada’s top forward line of Cody Glass between captain Max Comtois and Tippett even more potent.

More of the same from Mikey

Michael DiPietro, who stood out versus Russia with a 29-save performance, has turned aside 66 of 69 shots for a .957 save percentage in three games, one year after being a late cut at Canada’s selection camp. 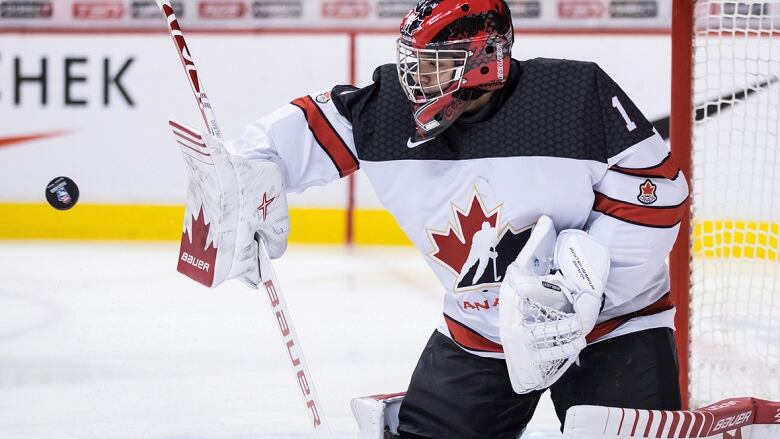 Canada’s Michael DiPietro raised his save percentage at the 2019 world juniors to .957 with a 29-save performance against Russia on Monday night. (Darryl Dyck/Canadian Press)

Tops in the Ontario Hockey League this season with a 2.20 goals-against average, DiPietro stopped 13 of 15 shots in the pre-tourney loss to Finland.

Canada’s power-play and penalty-kill units continue to be a work in progress. Finland scored two power-play goals and a pair shorthanded tallies on Dec. 23, while the Canadians failed to convert three chances when up a man against Russia.

Canada ranks seventh among the eight quarter-final teams with a 20 per success rate with the man-advantage and fifth on the penalty kill (76.92 per cent).

Much of Canada’s goal production since its tournament opener has come from the top forward line of captain Max Comtois, Cody Glass and Owen Tippett, along with MacKenzie Entwistle.

Morgan Frost has yet to notch an even-strength goal since his hat trick against Denmark while Jaret Anderson-Dolan and 17-year-old Alexis Lafreniere have one goal for the tournament. 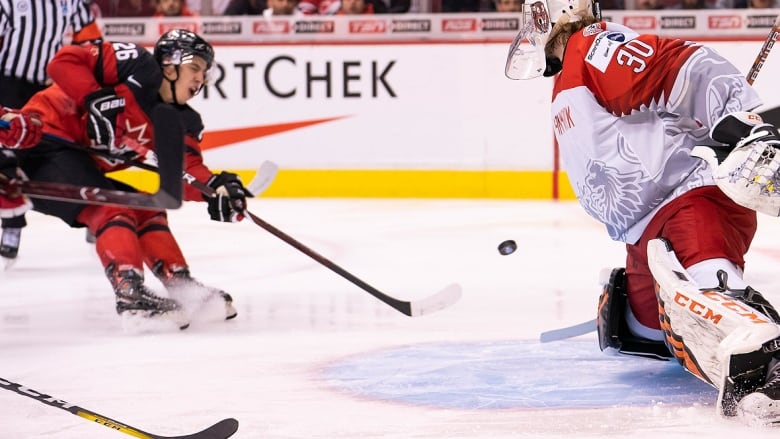 Canadian forward Morgan Frost, pictured here scoring one of his three goals versus Denmark on Dec. 26, is due for another outburst in Vancouver. (Rich Lam/Getty Images)

Ontario Hockey League standouts Barrett Hayton (15 goals in 20 games for Sault Ste. Marie) and Nick Suzuki (20 goals in 28 contests) for Owen Sound have yet to score at this year’s world juniors. Noah Dobson is the lone Canadian defenceman to find the back of the net.

Canada has scored the first goal in each of its four games at this year’s world juniors and won three times.

In the last seven meetings between Canada and Finland, the team that scored first prevailed six times. On Jan. 2, 2016, the Canadians scored first in Helsinki and dropped a 6-5 decision.