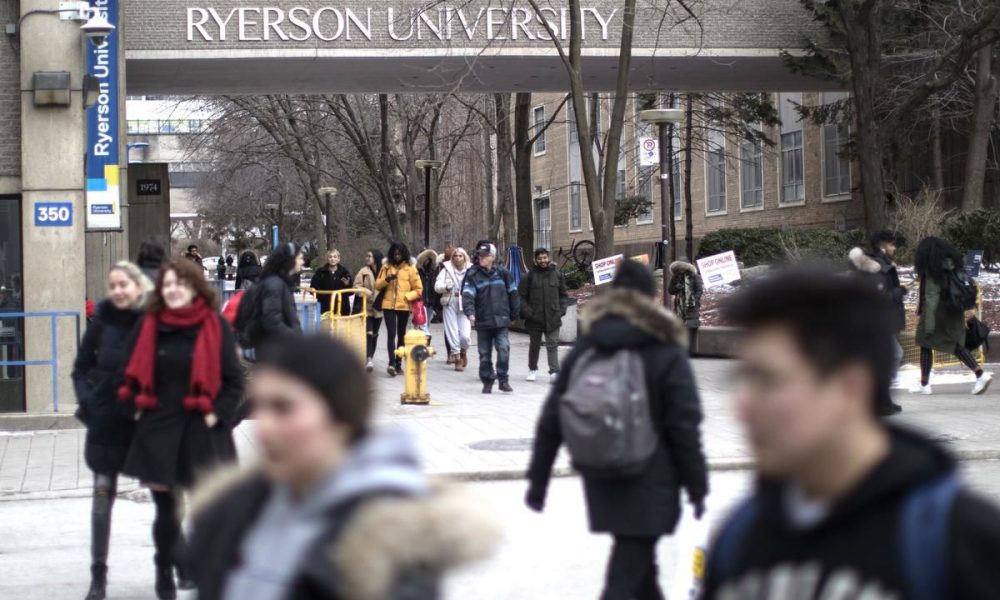 The dollar figure at the heart of a spending scandal at Ryerson University has now soared beyond half a million.

During an emergency meeting at the downtown Toronto campus on Friday night, the board of directors for Ryerson’s student union passed a motion approving a forensic audit that will review nearly $700,000 in questionable spending over a nine-month period.

In addition to thousands of dollars charged to the student union credit card at a Toronto nightclub and other potentially problematic expenses totalling $273,000, the audit will also review $415,000 paid to stage a music concert at a nightclub on January 19, 2019.

“I was told we would get $350,000 in sponsorship,” Dharshini Jay, the student union’s financial controller, said to the board. “Nothing came through.” She said the “$50,000 to $60,000” promised in ticket sales also never materialized. Student union executives had been expected to submit all receipts related to credit card charges on Friday. Jay, a professional chartered accountant hired to work for the union in June 2016, told the meeting she has not yet seen the receipts, which are expected to detail how the expenses relate to line items in the approved budget.

Ryerson’s student union has an operating budget of $2.7 million. The group is run by a five-member executive elected from the student body that oversees more than 90 campus groups and runs various programs, including free legal aid and tax clinics. The money the union uses comes from mandatory student fees.

Daniel Lis, chair of the meeting, began the session by addressing the hundreds of students who waited outside of the auditorium for more than an hour to hear what the board and executive members had to say. Lis explained that the executive’s elected president, Ram Ganesh, refused to attend the meeting because he feared for his safety.

“I understand that many of you are frustrated … and angry,” Lis said, but “there is absolutely no justification for death threats or threats of violence. None of that will be tolerated today.”

Another student executive resigned before the meeting, leaving three elected representatives to address concerns raised by board members and students. For the most part, they had little to say.

Edmund Sofo, vice-president of student life and events, told the audience he had no idea how many tickets were sold for last month’s Loud Fest concert at Rebel nightclub in the industrial Port Lands.

Sofo said Ganesh “chose to be” the executive’s “main point of contact” with the company, which is within his scope as president.

Ganesh’s lawyer and the student union did not respond on Saturday to the Star’s requests for comment following this board meeting.

A campus newspaper, The Eyeopener, reported that Ganesh had explained the union’s credit cards can be used by any part-time or full-time union staff member.

The board said it recognized that the student union’s events committee and full-time events planner were not involved in organizing the concert. It voted to obtain a breakdown of concert expenses and revenues, as well as an overview of free tickets distributed.

Ryerson spokesperson Johanna VanderMaas told the Star the school takes allegations of financial mismanagement “very seriously.” She noted the union is a separate corporate entity from Ryerson with its own governance structure and board of directors so the university “has no ability to conduct an independent investigation into RSU finances.” She said the school’s president, Mohamed Lachemi, has requested a meeting with the union’s executive members.

On Friday, the student union’s board voted to give itself “clear jurisdiction” to review the executives’ financial documents, including credit card statements and receipts.

Earlier this week, Jay showed the union’s student group director Maklane deWever union expenses dating back to May. DeWever’s role is to represent students’ voices to the board. He said all the credit card bills have been paid. He had told the Star “many of the expenses” were legitimate but others sparked concern.

The statements, obtained by Ryerson student newspaper The Eyeopener, showed thousands of dollars spent by the union on food, alcohol and places like clubs and shisha bars. Photos of the credit card statements were published on the Facebook page of a political student group called the Rhino Party, as well as The Eyeopener. The Star has not verified the authenticity of these photos. The statements have not been provided to the Star.

Raneem Alozzi, a Ryerson student and reporter at The Eyeopener, described Friday’s meeting as “tense.”

Reporters not affiliated with the university were not permitted to attend the meeting. Toronto Star reporters viewed livestream and recorded broadcasts of the meeting posted to Facebook.

“I think students want answers, and they want answers overnight,” Alozzi said. “But it’s going to be a much longer process.”