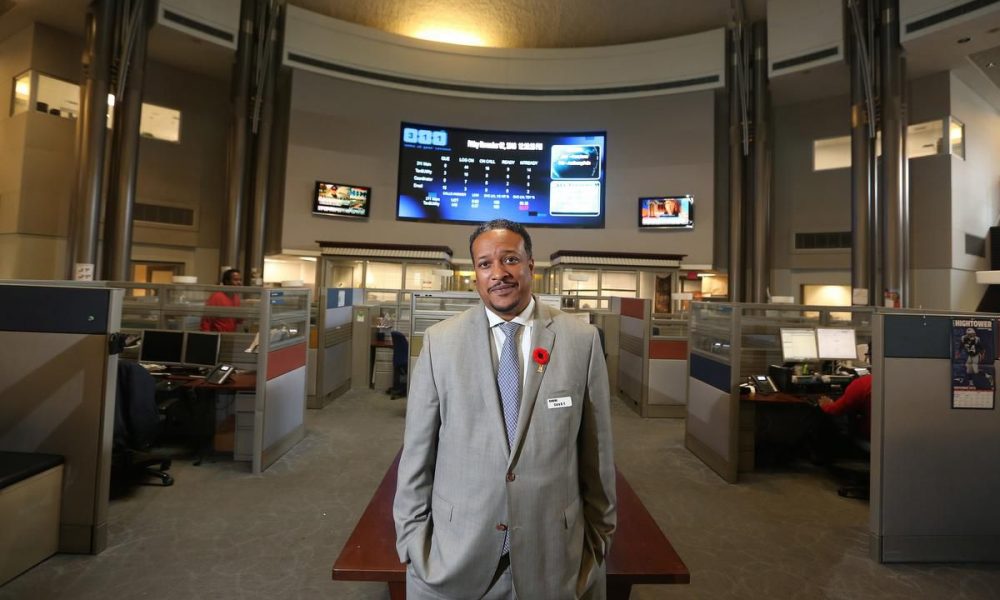 In a new series, the Star delves into 311 data to see what our concerns say about the city. In the first instalment, we go behind the curtain at 311’s headquarters and learn that, with our Top 5 gripes, we’re living up to our raccoon-loving, pothole-hating reputation.

One of the strangest calls Toronto’s 311 service has ever received came during the 2015 Pan-Am games: someone wanted to know if a dead body would qualify them to drive in the high-occupancy vehicle (HOV) lane.

The answer was no, recalls Gary Yorke, director of 311 Toronto, from behind his desk overlooking the floor at the call centre’s Metro Hall headquarters on John St.

A client solution rep, or CSR as they’re known, told the caller (who was travelling in a hearse) that to travel in the lane, all persons in the vehicle must be alive.

It was one of two strange calls that stuck out for Yorke, who’s been in his role for about three and a half years.

“The other one is ‘I have a turkey on for three hours, when should I take it out?’” says Yorke, with a laugh.

Up two escalators at 55 John St., the 311 nerve centre is a place where white noise streams through speakers to calm the din of employees taking roughly 4,000 calls each day on everything from garbage pickup up to dead animals — 24 hours a day, seven days a week and 365 days a year in 180 languages.

In a city that tops Canada’s worst roads lists every year and where the unofficial mascot is a raccoon, 311 operatives may have the best gauge of Toronto’s day-to-day affairs, with the service’s data backing up the city’s reputation.

“I think that our residents are concerned about our infrastructure, the property that they use every day. They’re very intelligent and diligent about it, and they require responses and information,” Yorke says.

Given wildlife concerns made two of the top five spots, the data suggests #DeadraccoonTO, the critter whose body was honoured with an impromptu viral memorial in 2015, was far from a unique occurrence.

In fact, 311 data from many municipalities seem to suggest you can know a place by what it grumbles about.

In New York, the top service request, according to the city’s open data portal, aside from “other” is “noise-residential.”

On the other side of the continent in San Francisco, one of the most unaffordable cities in the world, one of the top calls were of “encampment reports,” which refer to homeless camps, according to that city’s own open data.

The types of service requests that come in to Toronto’s 311 are “relatively the same” over the years, says Yorke, with pitfalls such as potholes, property standards, garbage pickup and noise reoccurring.

But Yorke is quick to point out that he doesn’t see them as “complaints.”

“There will always be complaints,” he says. Service requests make up about 30 per cent of calls — people calling, for example, about a pothole that needs to be fixed. But about 70 per cent of their business is just “general inquiries,” questions staff can easily answer.

They don’t consider a call a complaint unless the city worker who comes to fix something is, say, really rude or runs over the family dog in the process.

On a recent November day at the call centre — a sun-filled space that was once home to preamalgamation Metro Council — a few Halloween decorations are still up: caution tape, witches and cobwebs.

“Because of the stressful nature of the business, you gotta have fun,” Yorke says.

On the wall, flanked by two TVs, one playing CP24 and the other CNN, is a huge screen showing how many callers are in the queue (15), how many employees are on calls (18), and how many are not ready — maybe making notes or going to the washroom (16).

“This screen is our lifeline,” he says. “No call’s the same.”

They have a council mandate to answer 80 per cent of calls within 75 seconds, he adds, a target they’re proud of exceeding last year, with a wait time of “about 44 seconds.”

The challenge is when there’s a “major event” such as a storm or a very confusing city election, and calls skyrocket.

The 311 team doesn’t actually handle the issues themselves, but either get information for people or direct the service requests to the appropriate city divisions.

“The way I see it is like, we’re like the coach,” Yorke says. “The coach calls the plays, but the players execute the play.”

It was an experiment to see if a non-emergency public line could help ease the burden for a congested 911 system. The Sun noted 60 per cent of the 1.8 million 911 calls Baltimore police dispatchers answered the previous year were for nonemergencies.

“People call 911 for everything from directions to the ballpark to the removal of double-parked cars,” read the article.

The 311 model proved popular and soon other major cities such as Chicago, L.A and, in 2003, New York adopted it.

Toronto’s 311 service was officially launched in September 2009 as a way to centralize city services and “make it easier for the resident” to access the city, without having to search through multiple divisions, Yorke says.

With an annual budget of about $18.6 million, 311 now has 3.4 million contacts a year compared to 1.5 million about three years ago. That figure includes contacts by phone, Twitter, email and visitors to their online “knowledge base,” a kind of self-serve for city information.

Yorke describes 311 Toronto as “going through an evolutionary stage,” adding they have people coming from places such as Shanghai, Sweden, Finland and Botswana to learn from them.

“It’s kind of cool to just find out what other people are doing,” he says. “We all have the same pains.”

At the call centre there’s a sense of calm, even though it’s a hive of activity on this recent weekday.

On a pillar is a poster about “customer connections,” showing, fittingly, two raccoons navigating a call with “active listening,” “empathy” and “personal connection.”

“I haven’t had garbage in weeks!” says one. “I understand,” responds the other.

Yorke sits behind a desk that overlooks the floor. Behind him are Spiderman mugs and figurines — a way to connect with staff, he says.

And, like the superhero, 311 does have a role to play in watching over the city. It’s the control centre that keeps Toronto ticking, one dead raccoon at a time.

“From a moral compass, with power comes responsibility,” says Yorke.

“Basically we’re one of the organizations that really doesn’t sleep, and we have really a good pulse of what’s going on in the city.”