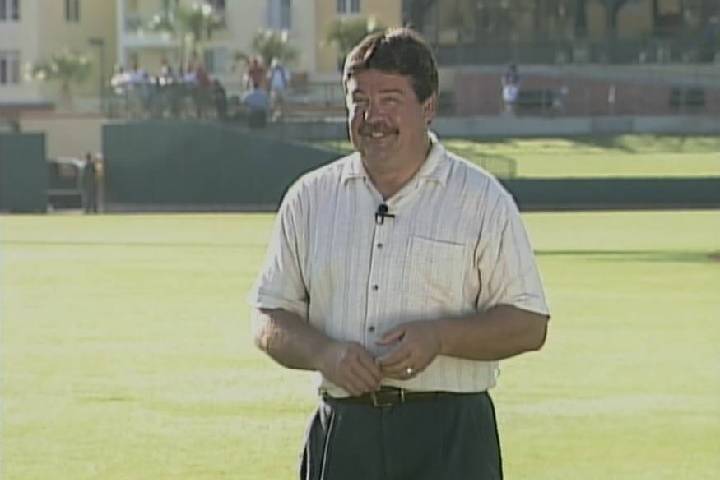 Randy Tieman, a popular Montreal sportscaster, passed away unexpectedly at his home on Friday. He was 64.

Tieman worked for CTV Montreal for 34 years as a reporter and anchor until 2017.

“Twenty-tree years Randy and I were friends,” he said. “The first time I met him, I think he called me Bud before he even used my name. That’s how Randy was — warm and kind.”

Tieman was known for his boisterous laugh and fun-loving nature, but he took his job seriously.

“He was a great friend and he was terrific at his job. For 23 years, I never had to worry whether ‘T’ was up to speed on something,” Wilde said.


READ MORE:
Legendary broadcaster and voice of the Canucks John Ashbridge dies at 71

News reporter Cindy Sherwin, noted his “generosity” and called him a “gigantic presence”.

Randy Tieman was the colleague who never let you down..generous, on-air or in the newsroom..helping me w any sport stories I covered & making me laugh. We talked about our teenagers, our families, health..life. A gigantic presence. A sad, enormous loss. pic.twitter.com/SuruSYcceD

Tieman is also being remembered as a family man.

In a tweet, Sean Coleman recounts how Tieman used to call his son Harry after each show. Coleman goes on to explain how Tieman taught him not only about broadcasting, but about fatherhood as well.

Tieman used to call his son Harry after every broadcast. I never heard someone laugh, counsel and enjoy talking on the phone more than Randy on those nightly calls. Learned a lot from him about being a broadcaster, learned more about being a father. https://t.co/7p5feBQcfp

Tieman leaves behind his wife Liane and his four children, Gabrielle, Jesse, Dennis and Harry.

Wilde expressed his sadness at a life cut short.

“My greatest wish was for Randy [to] enjoy a decade or two with Liane, who I must have heard him say ‘love you lots’ to [in] the thousands of times.”

I was so hoping my good friend Randy could enjoy retirement for a decade or two with Liane.

Life is a series of memories. We can only hope to get a chance to live beautiful ones with love and laughter.

He lived richly. Here’s a moment we had together when he seemed invincible. pic.twitter.com/Yhi7OzmFTB

In lieu of flowers, the Tieman family is asking for memorial donations to be made to the Jewish General Hospital Foundation-Cancer Treatment.