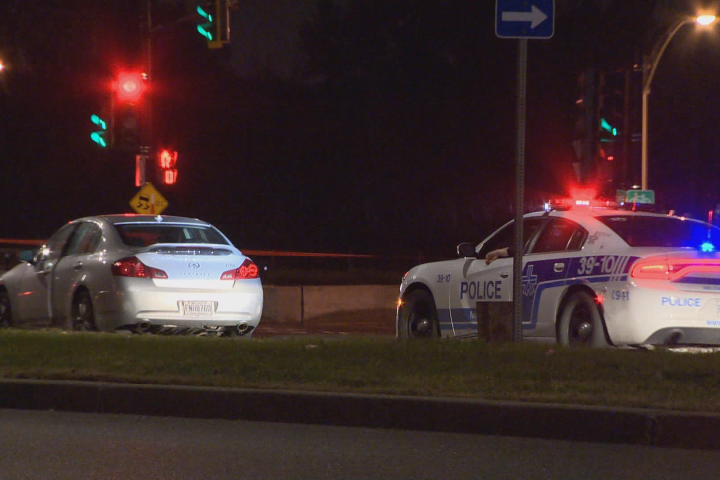 Shots were fired from a moving vehicle towards a man by the side of the road on Elie-Beauregard Avenue.

The suspects missed their target and fled the scene. The man in his 20s was not injured when police found him.

Police officers quickly caught up with the car and arrested two 18-year-olds and two 20-year-olds.

The four suspects and the victim were brought in for questioning. Police are trying to determine if the attack was random or a targeted shooting.