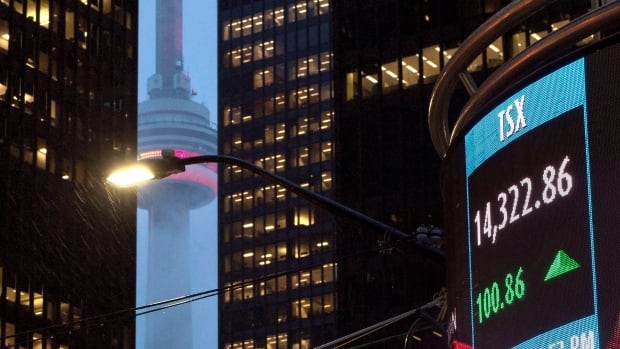 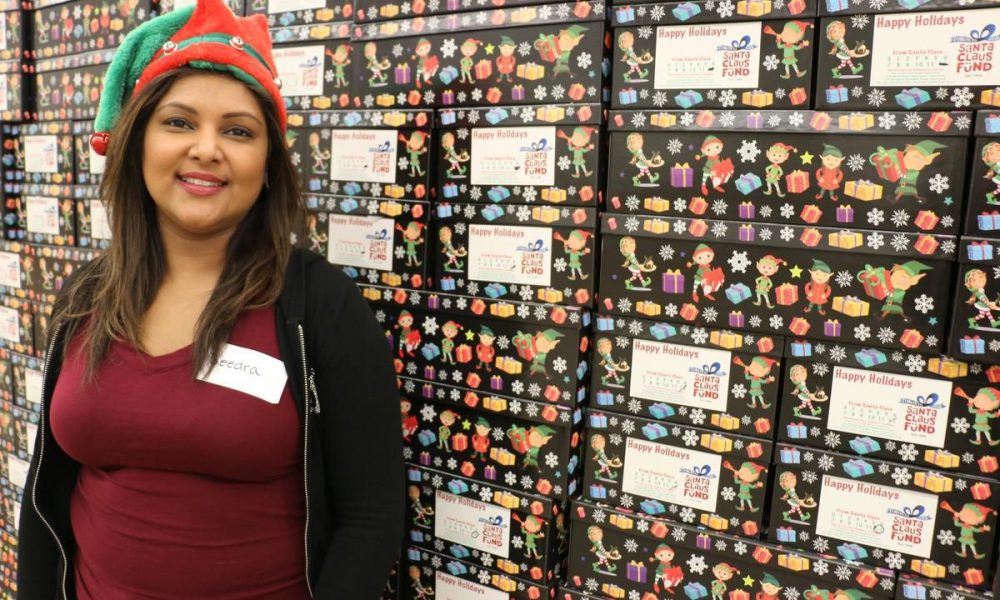 Hundreds of volunteers and thousands of donors came together to make a little bit of Christmas magic for underprivileged kids across the Toronto area.

Thanks to Star readers’ overwhelming generosity, 45,000 vulnerable kids woke up on Christmas morning with a box of gifts under their tree.

With your donations, our intrepid volunteers helped prepare and distribute the boxes across five cities, braving wind and snow, traffic and parking, to deliver what for many children is the only present they’ll receive this year.

“I am thrilled with the overwhelming community response we have received from across the Toronto area,” Torstar President and Toronto Star Publisher John Boynton said. “It makes me proud to know that residents have come together once again, all in the spirit of Santa Claus. Thank you to all our generous supporters who have helped put a smile on the faces of more than 45,000 young kids at Christmas.”

“Now that we’ve accomplished our goal, we can look forward to a wonderful new year knowing that we put a smile on thousands of children’s faces this Christmas,” said the Santa Claus Fund’s director, Barbara Mrozek.

Mrozek relates how she received a note from a woman attending the fund’s annual Christmas concert that described how the donor had been “a proud recipient” of the Star box when she was a child. Growing up poor in Kensington Market, she and the other kids who got the boxes would trade the gifts.

“I never realized it then, but the Star box was more than a box filled with goodies,” Ellen Trotman wrote in the note. “It was something to look forward to and more importantly, it brought the community that much closer. Brought it to care. It created an opportunity to get to know those kids you probably never played with or even offered a passing hello.

“Unless you lived it, you have no idea what effect the Star box had on people’s lives and community. So, no. It wasn’t just a box. It was everything good that only happens at Christmas.”

One hundred per cent of the more than $1.7 million raised has gone toward warm clothing, small toys, books, cookies and dental hygiene items for thousands of children from newborns to age 12 in Toronto, Mississauga, Brampton, Ajax and Pickering.

To everyone who donated their time or money, on behalf of everyone at the Star, thank you — and we can’t wait to do this again next year. 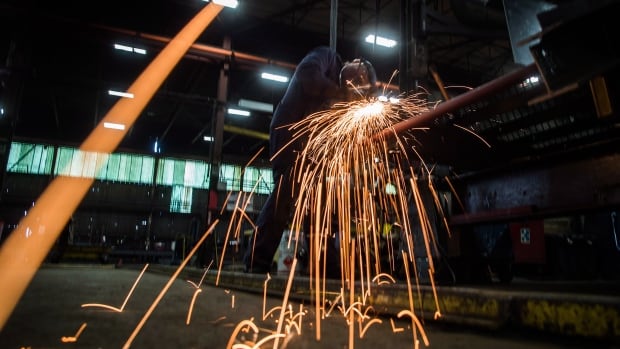 A blast of 94,100 new jobs last month has knocked the country’s unemployment rate down to 5.6 per cent — its lowest level since Statistics Canada started measuring comparable data more than 40 years ago.

The overall number marked the labour force survey’s largest monthly increase since March 2012, when there was a gain of 94,000 jobs, Statistics Canada said Friday.

The November employment surge was fuelled by the addition of 89,900 full-time positions. For employee work, the private sector added 78,600 positions in November, while the public sector gained 8,300 jobs.

Last month’s increase pushed the jobless rate down from October’s reading of 5.8 per cent, which had been the previous low mark since comparable data first became available in 1976. The old statistical approach — prior to 1976 — registered an unemployment rate reading of 5.4 per cent in 1974.

Year-over-year average hourly wage growth for permanent employees continued its decline in November to 1.46 per cent — to deliver its weakest reading since July 2017.

Experts have been expecting wage growth to rise thanks to the tightened labour market, but it has dropped every month since its May peak of 3.9 per cent. It now sits well below inflation.

The Bank of Canada keeps a close watch on wages ahead of its interest-rate decisions. On Wednesday, the central bank held its benchmark rate at 1.75 per cent. But in explaining its decision, it highlighted other economic negatives, such as weaker-than-expected business investment and the sharp drop in oil prices.

Statistics Canada’s report Friday also said that, compared to 12 months earlier, employment was up 1.2 per cent following a net increase of 218,800 jobs. The addition of 227,400 full-time positions offset a small decrease in part-time work.

By region, employment rose in six provinces and was led by gains in Quebec and Alberta. 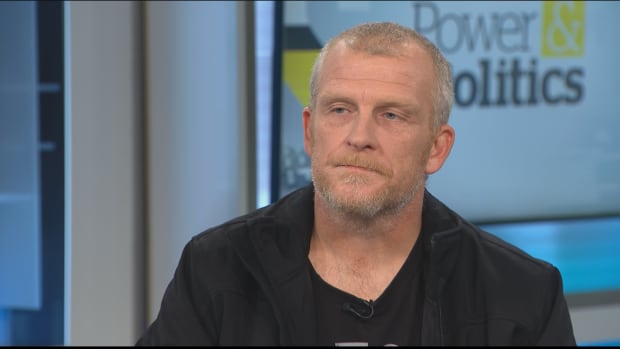 Tori Stafford’s father says he wrote a letter to the prime minister about the transfer of his daughter’s killer to an Indigenous healing lodge in an attempt to reach Justin Trudeau as a father, not a politician.

« I was basically just trying to get him to, in a sense, have a feeling from a father to a father as opposed to being a politician, » said Rodney Stafford. « I wanted to see if I could kind of touch him a little. It’s not about politics. »

MPs defeated a Conservative motion Wednesday to overturn the transfer of child-killer Terri-Lynne McClintic from the Grand Valley Institution for Women near Kitchener, Ont., to the Okima Ohci Healing Lodge for Aboriginal Women on Nekaneet First Nation in southern Saskatchewan.

Stafford was in Ottawa during that debate. He said he wanted politicians to see his face, to see that he is still grieving.

But he insisted this is not a political issue for him. « Somebody clearly messed up, made a mistake and I’m just trying to get this mistake reversed. »

Stafford spoke to Vassy Kapelos, host of CBC News Network’s Power & Politics. Here is a transcript of that conversation:

How are you doing?

For the most part OK.

What have the last few weeks been like for you?

How did you find out about the transfer originally?

I had originally found out about the transfer, I guess it’d be a little over a month and a half ago. I was talking to my mom regarding an unrelated issue with Terri-Lynne. She was requesting something else, so Service Canada was attempting to get in contact with me. I contacted Service Canada and, during that phone conversation regarding day passes for Terri-Lynne, the woman had mentioned that her upcoming one was going to be in Saskatchewan.

Why? She’s in Kitchener? I couldn’t understand. She said, « No Terri-Lynne was moved in December of last year. » Right from then on I was just like, ‘No this isn’t right, it’s not right.’ We just started making some noise and it’s grown into what seems to be a pretty big power.

So there was no notification. You just had called on another matter and that’s when you came to know what happened?

What are you doing here in Ottawa? What message are you bringing here?

Me coming up to Ottawa today was basically for me to get away and to kind of familiarize myself with Parliament. Just kind of get a little bit of a better understanding of what goes on inside. We had a pretty good tour.

You were telling me earlier that you wanted a chance to be in front of politicians more?

Another reason was, I wanted to get inside Parliament and just kind of get my face inside there and see if maybe some of the politicians, basically any of the ones that were debating, just try to get them to see my face and see that I am a person and I am grieving and this issue has basically reflected all across Canada.

The politics of it, I’m not even watching. To me, this isn’t even a political issue. Somebody clearly messed up, made a mistake, and I’m just trying to get this mistake reversed.

The government says that at this point, and this is their claim, they don’t have the power to intervene, but they have asked for a review of how this happened. What’s your response to that?

It’s a start, I guess. I’m a lot further right now then I was a week ago. A little bit more time’s not going to hurt and hopefully, during that time frame, we can come to the conclusion that a mistake was made.

You wrote a letter to the prime minister. Can you tell us what you were trying to say in that letter?

I was basically just trying to get him to, in a sense, have a feeling from a father to a father as opposed to being a politician. I wanted to see if I could kind of touch him a little. It’s not about politics.

Have you received a response at all?

Not currently. I am hoping within the next little while.

Why are you hoping? Has someone given you an indication that you will be getting a response?

What is your message? I know it was very eloquently written in the letter. Are you hoping for them to intervene in this case or do you want a wider look at how something like this could happen?

Both, really. To take a good look at the situation at hand and go through everything. It’s clear that there’s some form of injustice going on and I would like them to look into that and then potentially start changing some laws.

Do you trust the justice system here?

As it stands, I had great faith in them after they had put the two killers away, but after learning that there’s stuff going on in the background without being notified, it kind of hurts. I do have a little bit of insecurities.

Would a notification have made a difference to you either way?

I could have started the fight nine months ago, which could be at an end by now.

Tori Stafford’s father, Rodney Stafford, was in Ottawa Wednesday to push for his daughter’s killer to be transferred out of a healing lodge and back to prison. 5:38

Q&A has been edited for length and clarity.