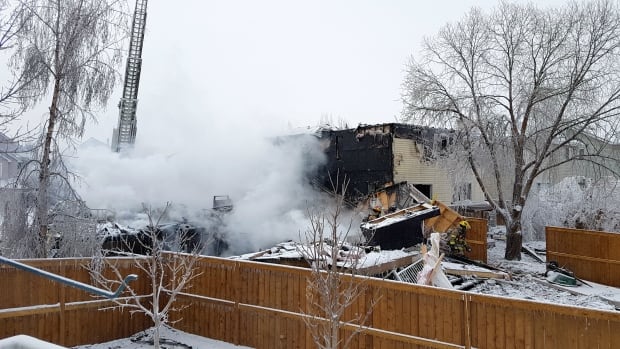 A body has been recovered from a southeast Calgary house destroyed in a weekend explosion, police confirmed  Monday.

The fiery explosion occurred in the community of Douglas Glen around 4:20 a.m. MT Sunday.

Calgary police have taken over the investigation but would not comment further on the case.

Neighbours said the owner of the home is out of the country, but someone who had been renting it was unaccounted for.

Calgary fire department spokesperson Carol Henke said more than 25 calls were made to 911 in the early morning hours Sunday.

Henke said crews called to the 300 block of Douglas Glen Close S.E. found one home destroyed and at least two others damaged.

One home was levelled and several others were damaged by an apparent explosion in the southeast Calgary community of Douglas Glen early Sunday morning 0:27

Strong winds and cold temperatures hampered efforts to get the flames under control.

It was –17 C at the time and winds were gusting up to 40 km/h, according to Environment Canada.

« The debris pattern around the neighbourhood would indicate there was an explosion, » Capt. Paul Frederick of the Calgary fire department said Sunday.

Henke is asking anyone who has photos or videos linked to the fire to email them to her. 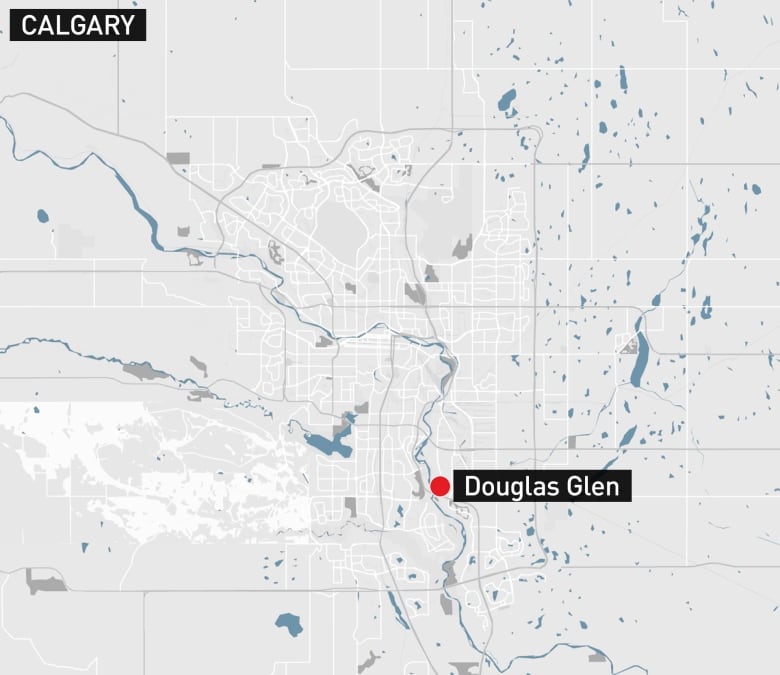 A map showing the community of Douglas Glen in southeast Calgary. (CBC)