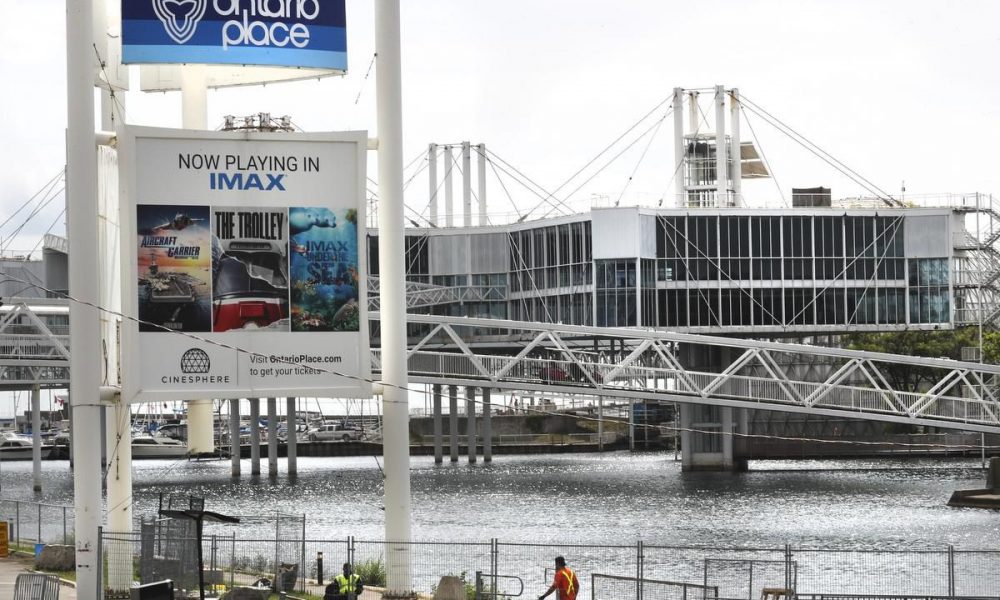 Ontario Place is fading into history as the Doug Ford government moves ahead with plans to turn the lakeside family playground into a “world-class attraction” that could include a casino.

The Progressive Conservative government is moving to dissolve the board and corporation that oversees Ontario Place, transferring control of its 51 prime waterfront acres to the province.

Finance Minister Vic Fedeli was asked Friday on CBC Radio about his government’s plans for the site which opened as a family-friendly theme park in 1971, but was shuttered by the Dalton McGuinty Liberal government in 2012 to save money.

“I think we want to see that become a world-class attraction. We’re going to spend a considerable amount of time looking at what we can do there to make the best use of that jewel,” Fedeli said.

When asked by Metro Morning host Matt Galloway if a casino is possible on the site south of Exhibition Place, Fedeli said: “Look, everything’s possible down there.

“I’m not saying that (casino) is one that has been discussed, because, quite frankly, it’s not one that has come up in my file, but I think we’re going to look at every single possibility to make that a world-class centre, and I would say nothing is off the table.

“We’ve got to start looking at everything. We can’t be afraid to look at a bold vision for the former Ontario Place.”

The Star revealed in September that Ford has a personal interest and plans for Ontario Place, where his Liberal predecessor Kathleen Wynne in 2017 unveiled a $30-million, 7.5-acre waterfront park on the site of a former parking lot.

For now it’s “business as usual” at the site, Ontario Place officials said Friday, with winter activities running from Nov. 23 to March 17, including an artificial skating rink on the West Island, community bonfires, a light festival and films in the Cinesphere.

During his one term as a Toronto councillor — his late brother, Rob Ford, was mayor — Ford envisioned a vast redevelopment for the Port Lands to the east, including the world’s biggest Ferris wheel modelled on the London Eye in Britain and a 1.6-million-square-foot “megamall.”

In 2013, Doug Ford told the Toronto Sun: “I don’t see why we can’t get a casino downtown,” before city councillors rejected Ontario Lottery and Gaming Corp.’s casino push amid a strong public backlash. “How can people say ‘no’ to this?” Ford asked at the time.

Downtown Toronto city councillors Joe Cressy and Mike Layton issued a statement Friday saying Fedeli’s comments raise “many concerns regarding the liveability of our city and the use of valued public lands.

“Any potential changes to Ontario Place must be made in the public interest, and must include a rigorous public consultation process. Ontario Place is for all Ontarians,” they said, adding its future must be decided “in public, not in backrooms,” and the city must be involved in deciding the site’s future

“And let us be clear: a casino at Ontario Place does not represent the responsible use of valued public lands. No good can come from it,” Layton and Cressy said.

John Tory, who authored a report on Ontario Place before becoming Toronto mayor in 2014, has not yet been consulted by the Ford government on the site’s future, his spokesperson, Don Peat, said Friday.

“He hasn’t been consulted up to this point, but the Mayor, as he said in September, wants the city and province to work together on the future of Ontario Place,” Peat said. Tory opposes a casino on the site.

Ford’s move to dissolve Ontario Place, meanwhile, has blindsided people who do business there.

Business operator Aaron Binder told the Star’s Francine Kopun that he was shocked by the decision.

Binder, the chief experience officer of a tour company called Go Tours Canada, said that he just opened a third location at Ontario Place this summer, based on the Ontario Place board’s long-term commitment to develop the area into a tech hub and small business entertainment centre.

“We are hoping that the provincial government will continue the operation of Ontario Place, so that my business doesn’t have to lay off the employees that we hired specifically to work at that location,” said Binder.

Go Tours Canada, which has one location in the Distillery District and one in Barrie, offers guided walking tours and tours on Segways.