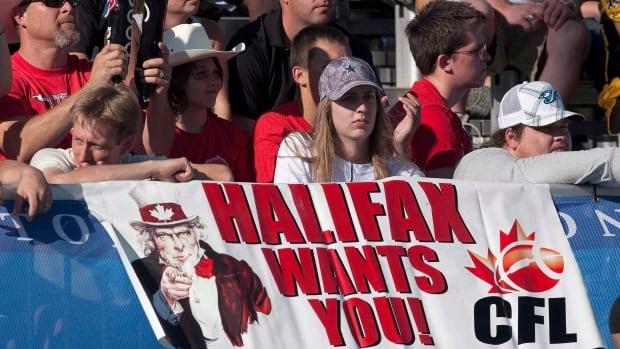 Football is returning to Atlantic Canada as a part of the 2019 CFL schedule.

Details are still very limited at this point surrounding the game but the Toronto Argonauts and the Montreal Alouettes will play on Aug. 25 in the first CFL game in the region since 2013 — and the first presented by the Atlantic Schooners.

This comes as a group of investors continue work to become the CFL’s 10th team. An announcement is expected to be made on the location of the game shortly.

The Schooners are in the middle of a season ticket drive looking to drum up support for the team. In a press release sent out by the league, Argos president Bill Manning said the team agreed to move one of its home games to Atlantic Canada « to contribute to the momentum behind the Schooners’ bid to make a CFL dream come true by making ours a coast-to-coast league. »

The road to the 2019 Grey Cup begins in Hamilton on June 13 when the Saskatchewan Roughriders, led by the current coach of the year Chris Jones, travel to Steeltown to meet the Tiger-Cats in the debut of their new head coach Orlondo Steinauer.

The Calgary Stampeders launch the defence of their championship on June 15 when they host the Ottawa Redblacks. The Stamps were finally able to win Canadian football’s biggest prize after losing back-to-back Grey Cup games in heartbreaking fashion.

Calgary quarterback Bo Levi Mitchell was named Grey Cup MVP for the second time in his career, but the big question is whether or not he’ll be back with the team for the 2019 season after reports of him trying out with a number of NFL teams.

The 107th Grey Cup will be played at McMahon Stadium in Calgary on Sunday, Nov. 24.