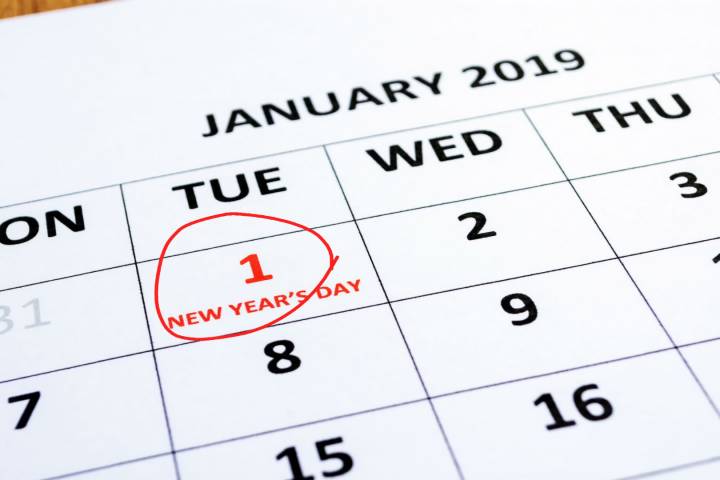 Saskatchewan residents are ringing in the New Year but with it comes some fee changes and new regulations to be aware of throughout the province.

Regina residents can expect to pay more taxes as of January 1st.

City council voted to raise the mill rate to 4.33 per cent at its budget meeting in December, meaning the average homeowner with a house valued at $350, 000 will pay around $86 more in property tax.

Residents will also see a slight increase on their utility bill due to a three per cent water rate increase, every year for the next three years.

The increase will translate to roughly an extra four dollars on your monthly bill.

The Bridge City will see a property tax increase at 4.4 per cent effective Jan.1.

Water and wastewater rates will also go up overall by 9.25 per cent.

Residents will also have to pay more for other services including licensing their pets or playing a round of golf at a public course.

According to gasbuddy.com this could impact gas prices in the province and right across the country.

Senior petroleum analyst Dan McTeague warns a five per cent per liter carbon tax could result in a jump at the pumps.

This prediction comes as gas prices hit a two year low in the province.

Meantime, the natural gas break that took effect in November for homeowners and businesses in Saskatchewan could be short lived due the carbon tax.

SaskEnergy dropped its commodity rate to the lowest offered since 1999 and could see another drop by April 1st, however the crown corporation warns the tax could have implications for residents.

Officials say the average residential natural gas bill could increase 12 per cent which translates to $100-$120 more per year.

Saskatchewan will fight the carbon tax in court in February.

There is some welcome news for outdoor enthusiasts when it comes to booking sites at provincial parks.

Due to high demand, there will continue to be a queuing system for book reservations in Saskatchewan.

There will also be some increases to passes including the annual park entry permits which will increase $10 to $75.

Weekly permits will go up to $40 and three-day entry permits are no longer available in the 2019 season.

You can see a full breakdown of prices and learn more on booking reservations here.

As of March 15 the rules will apply to drivers seeking a class 1 commercial license in the province, meaning potential semi-truck drivers will require a minimum of 121.5 hours of instruction.

The new training will focus on professional driving habits, vehicle inspections and air-brakes.

Officials have said changes were the in the works since 2017 but the April 6th tragedy that claimed 16 lives expedited the process. 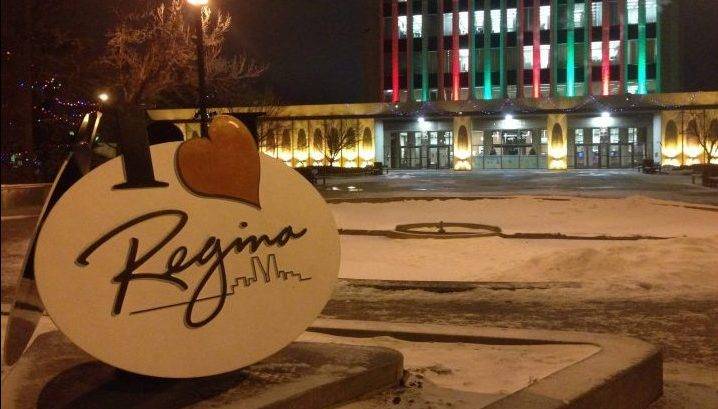 While Wednesday’s vote only recommends that council conduct consultations on these businesses, additional questions of ethics, potential policies and sanitation quickly took over at the meeting.

“Some are thinking it should be completely illegal,” said Regina Mayor Michael Fougere. “Others say regulate it, others not so much. It’ll be difficult.”

The move for change was sparked by changes to the definition of prostitution in Canada’s criminal code. Bill C-36, or the Protection of Communities and Exploited Persons Act, came into effect in December of 2014.

“[The change] has moved prostitution off the street and in elsewhere. That’s a problem,” Fougere added.

Regina police believe there are roughly 21 “body rub” parlours selling sexual services across the city and want to see regulations on these businesses, and a change in how they’re described to distance registered massage therapists from the situation.

“The Criminal Code only goes so far in making communities safe,” Supt. Corey Zaharuk said. “We think this will better help us respond to those vulnerable workers inside and provide a safer community.”

In the first approach, “body rub” parlours would only be able to operate in industrial areas with a discretionary use permit- keeping them away from main roads but costing taxpayers more for zoning and enforcement.

The second approach would establish an adult services licensing bylaw that would require both the parlour and the practitioners to be licensed.

A clampdown on where the establishments could operate would result in a higher enforcement price tag that would be passed on to taxpayers, though it would improve the city’s knowledge of who is working and who is buying these services.

Ed Smith, a local resident who says his daughter was lured into the sex trade and murdered less than a year after entering the industry, was one of seven people sharing their thoughts on the subject.

“I wish they were not in our city at all, but that might be a bit of a pipe dream,” Smith said. “I really believe if they’re going to be here, they need to be strongly regulated.”

He said he hopes to see high licensing fees, exit options for parlour employees and strict screening processes for workers and clients.

“It’s important for us to know who is working in the sex trade because many of them are vulnerable,” Zaharuk said. “We want to protect them as much as we can as well.”

“Do we see a way to minimize the impact of murder and theft in our community? No. We would try to eradicate as best we can, understanding we’ll never completely get rid of it. I think it’s our responsibility to do our best.”

On Dec. 17, council will decide whether or not to take the next step forward by consulting the public, police and workers themselves.

If approved, those talks will start in early 2019. 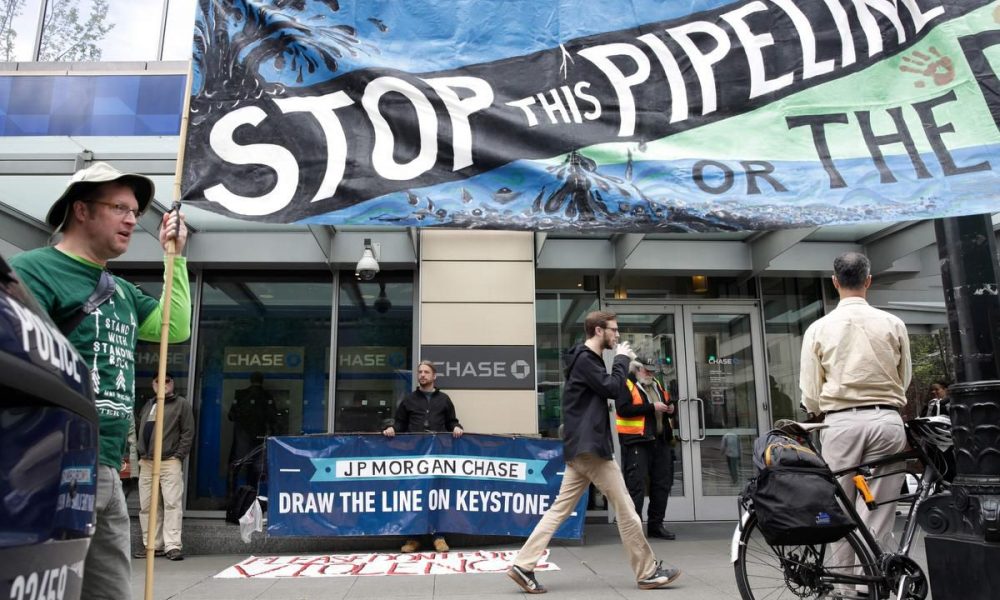 Climate activists did cartwheels. Alberta’s landlocked, lacklustre oil patch wailed. U.S. President Donald Trump spat contempt, calling a U.S. court-ordered halt to TransCanada’s Keystone XL pipeline “a disgrace” — and then proceeded to do what he does pretty much every day, igniting a new volley of news-grenades, drawing attention elsewhere.

The bombardment of daily distraction may be this president’s best friend, sucking up oxygen that might otherwise help drive a deeper understanding of what happens — and what doesn’t — after the sound byte explodes.

But it’s worth a look at the 54-page ruling that dropped late Thursday at a U.S. court in Montana, putting the brakes yet again on the meandering, decade-long saga of KXL. All told, Judge Brian Morris’s ruling amounts to a scathing indictment of a dog-ate-my-homework administration that still appears incapable, even two years in, of crossing its Ts or dotting its Is.

In rejecting Trump’s green light for a pipeline that already enjoys the uneasy backing of the Trudeau Liberals, the Notley NDP and an Alberta industry screaming for greater export capacity, Judge Morris essentially assigned blame to an incompetent White House.

It’s not the end for Keystone XL, of course. As TransCanada regrouped Friday, saying it would review the ruling before looking to next steps, Alberta Energy Minister Marg McCuaig-Boyd acknowledged the “frustrating setback” but vowed, “We still believe we will get through.”

The TSX and the Canadian dollar reeled on the news and left Alberta’s leaders pleading anew for help from Ottawa to increase crude-by-rail to help address a widening differential that has the province’s heavy oil massively discounted against U.S. light-crude prices. McCuaig-Boyd called the price differential “horrible right now.”

But at its essence, the court injunction halting the $10-billion project is a U.S. decision against another U.S. decision, leaving Canada as a spectator to what happens next.

It remains unclear whether the Trump administration will go back to the drawing board and actually do its homework and re-submit or simply appeal its way up the judiciary in search of a friendlier ruling, if not at the 9thCircuit then perhaps all the way to the Supreme Court.

Judge Morris nailed Trump’s state department for a series of shortcomings that violated several laws, saying it “fell short of a ‘hard look’” at the pipeline’s evolving viability and the effects of greenhouse gas emissions. It also questioned the absence of any updated modeling of environmental cleanup in light of major oil spills in 2014 and 2017 that “qualify as significant.”

On paper, some of that blame might seem to belong to former secretary of state Rex Tillerson, on whose watch much of department’s submission was prepared. But Tillerson, to his credit, recused himself of any involvement in the Keystone XL pipeline file shortly after taking office in 2017 to avoid any perceived conflict of interest relating to his former role as chief executive officer of Exxon Mobil Corp.

Some U.S. observers noted a pattern in the admonitions that, coupled with other rulings against Trump efforts at energy deregulation, called into question the administration’s ability to actually deliver.

“One of the biggest political myths in America is that, say what you will about Trump, but he’s managed to cut environmental regulations to the bone,” tweeted Jerry Taylor, founder of the DC-based think-tank, Niskanen Center.

“Nonsense on stilts. He’s been screamingly incompetent at that job as well. Not for lack of trying.”

A case in point: last month Slate put the Trump deregulation mantra to the test, concluding that the administration had “largely failed” after multiple attempts to put Obama-era regulatory efforts on ice.

Instead, the Slate analysis argued, Team Trump now was abandoning its attempts to short-circuit the process and was instead shifting to the more cumbersome task of crafting new regulatory policy.

“But having squandered half of its four-year term, the White House faces an uphill climb in developing its major environmental rollback initiatives, and getting them past now-skeptical courts, before the clock runs out.”

For a project whose saga now has spanned three presidencies, the fate of Keystone XL remains baffling — and, likely, overblown. Barack Obama himself — in pursuit of an all-of-the-above energy policy not unlike that of Justin Trudeau’s government — split the difference on the Canadian pipeline in 2015, approving the southern leg but blocking the northern extension from Alberta.

In so doing, Obama lamented how this one Canadian pipeline somehow had become a convenient political football for everyone.

“For years, the Keystone pipeline has occupied what I, frankly, consider an overinflated role in our political discourse,” he said.

“It became a symbol too often used as a campaign cudgel by both parties rather than a serious policy matter. And all of this obscured the fact that this pipeline would neither be a silver bullet for the economy, as was promised by some, nor the express lane to climate disaster proclaimed by others.”

That symbolism seemed to have faded into the history books — as a done deal, under Trump — as the debate over carbon taxes and the absence of American climate leadership amid worsening scientific climate data filtered forward.

But no longer. Like it or not, Keystone XL — the controversy, if not an actual pipeline — is back on centre stage.