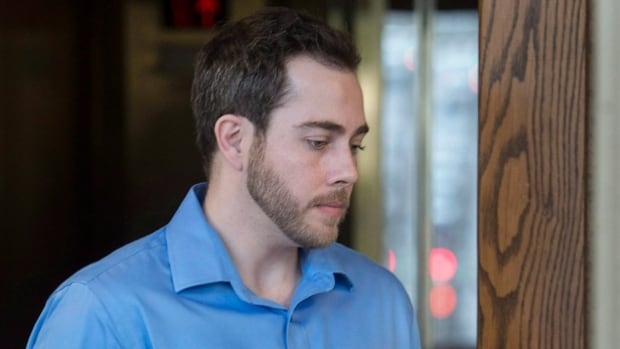 Veterans Affairs Canada will not pay for benefits for incarcerated relatives of veterans in the wake of the Christopher Garnier case.

But what wasn’t immediately clear whether this move by Veterans Affairs will have any direct impact on Garnier. The department wouldn’t comment on his case, citing privacy.

« Going forward, treatment benefits will not be provided to a veteran’s family member who is incarcerated in a provincial or federal facility, » Veterans Affairs Minister Seamus O’Regan said in a statement to CBC News.

« Those facilities would be responsible for the treatment of persons in their institutions. »

Garnier spurred controversy when it became known during a sentencing hearing in August that Veterans Affairs had paid for his PTSD treatment in jail.

The court was told that Garnier’s father, who had served in the Canadian Forces, also has PTSD, and that getting treatment for his son helps them both.

Garnier, 30, was convicted of second-degree murder in the death of Campbell in Sept. 2015. He later received a life sentence.

It’s unclear how many people the decision affects. Veterans Affairs Canada told CBC News it doesn’t keep records of how many incarcerated family members of veterans are receiving benefits from the department.

O’Regan formally announced the revised policy Tuesday in response to a question in the House of Commons from Conservative Leader Andrew Scheer, who called the payments a « disgusting insult » and part of the « abysmal » Liberal record on veterans.

« I have reviewed the department’s findings on this issue, and I am directing them to ensure the services received by a family member of a veteran are related to the veteran’s service and where they are not, that the case be reviewed by a senior official, » O’Regan said.

O’Regan said the policy change was made in light of the Garnier case.

« We’re reviewing this in light of what happened with Christopher Garnier, no question, » O’Regan said.

« I am directing the department to immediately address its policy in providing treatment to family members under extenuating circumstances such as conviction of such a serious crime. »

O’Regan refused to discuss specifics of the case, insisting he is committed to protecting the privacy of the veteran.

His statement came after the Conservatives used their opposition day in the House to debate the issue.

He said veterans across Canada are outraged Garnier is receiving benefits through Veterans Affairs.

« We will not let the minister avoid answering this question, » McColeman said.

‘You are a disgrace’

O’Regan said the federal government has placed the highest priority on making sure veterans and their families have support and services they need, when they need them. He said he wouldn’t discuss Garnier’s case.

« When it comes to Canada’s veterans and their families, we are not in the business of political opportunism. We are interested in getting veterans well again, » O’Regan said during Question Period Tuesday.

« Do your job and revoke his benefits. You are a disgrace, » she tweeted.