A Mi’kmaw man is calling on a Cape Breton golf club to change its century-old logo, saying it’s disrespectful to Indigenous people.

The logo for the Lingan Golf Club in Sydney depicts an Indigenous person wearing a headdress superimposed over a map of Cape Breton.

« It kind of left a sour note in my mouth, » said Bryson Syliboy, who is from Sipekne’katik First Nation but now lives in Port Hawkesbury, N.S.

« The headdress that they’re depicting is not even a traditional Mi’kmaw headdress, » he said.

« They’re not honouring us, they’re not using our image properly. And it just reaffirms stereotypes. »

Syliboy tweeted his disapproval this week, urging his more than 2,700 followers to contact the golf club and express their disappointment.

« So fed up with companies using native mascots, » he tweeted along with the hashtag #notyourmascot.

The Lingan Golf Club describes itself on its website as one of the oldest golf clubs in Canada « with a strong history and tradition. »

Moe Brygidyr, club president, said the logo is 110 years old and the club means no disrespect by using it. 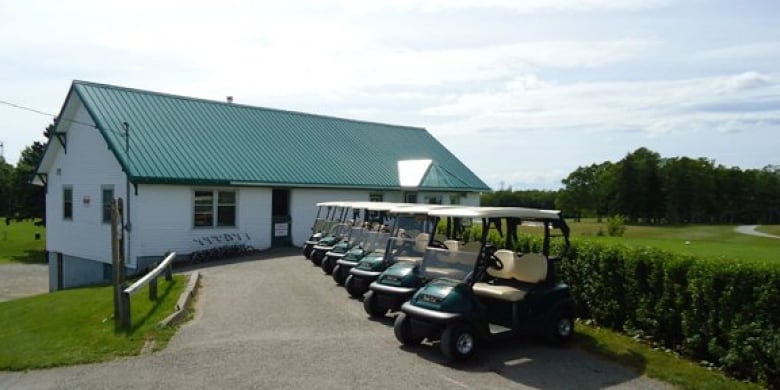 Benita Bunjun, an assistant professor at St. Mary’s University in the department of social justice and community studies, noted the use of logos that may offend isn’t unusual.

« It’s very common to have these inappropriate images, especially associated with sports, all over North America, » said Bunjun.

« Maybe today it can be said that it’s seen as leadership, but certainly 110 years ago, Indigenous people’s knowledges, ways of living, their histories, were being erased. »

Bunjun said the logo should be removed.

Brygidyr said no one else has ever complained about the logo. He said many of the club’s members are Indigenous and the golf club has hosted the Mi’kmaw Summer Games in the past.

However, he said the board will consider the request to change the logo at its next meeting in May. 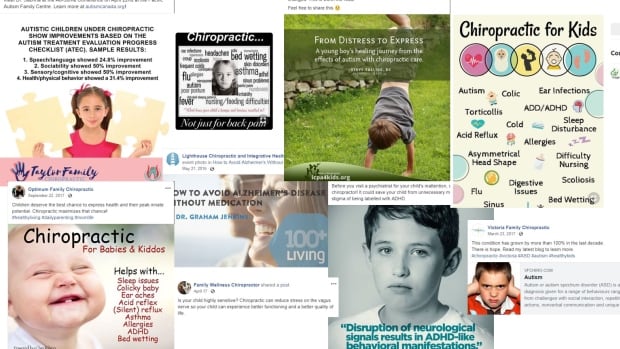 Fifty B.C. chiropractors have refused to remove misleading claims from their websites and Facebook pages and are now under investigation by their regulatory body.

In the two weeks since the deadline passed for practitioners in B.C. to take down false claims about using chiropractic to treat conditions ranging from autism to cancer, the College of Chiropractors of B.C. has used an electronic scanning program to identify about 250 possible violations of college policy.

« I am concerned that the pace at which we reach full compliance by B.C. chiropractors with the policy is not meeting the expectations of the public, the college and the vast majority of our registrants, » Simpson wrote in an email.

He did not identify the chiropractors who are under investigation.

Call for public to file complaints

Last month, the college gave all chiropractors in this province a deadline of Nov. 1 to comply with an efficacy claims policy that forbids them from claiming to treat a wide range of conditions that are outside their legally mandated scope of practice.

Eleven conditions are named specifically in the policy, including Alzheimer’s disease, cancer, diabetes, infertility, infections, autism, ADHD and Down syndrome.

The chiropractors’ college implemented a new policy on efficacy claims this year, singling out several conditions that chiropractors are not qualified to treat. (College of Chiropractors of B.C.)

Since the beginning of the month, about 97 per cent of B.C.’s more than 1,200 chiropractors have complied with the policy, according to Simpson. He said enforcement is a priority for the college, and staff will continue to monitor everyone’s online activities.

« We treat any contravention of policy very seriously, » Simpson said. « We also encourage the public to inform the college directly if they see any materials that contravene the policy, as our monitoring, while thorough, may on occasion miss items. Members of the public should be reassured that the college investigates all complaints thoroughly. »

Unproven claims by B.C. chiropractors became a public issue this spring, when the college board’s former vice-chair Avtar Jassal resigned from his position in response to complaints about a video he’d posted on Facebook claiming smoothies are more effective than the flu shot.

The college drafted its new efficacy claims over the summer, and it came into effect on Oct. 1. 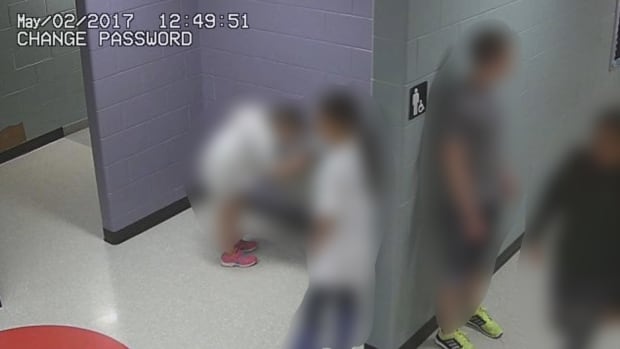 Education officials in Cape Breton are refusing to remove a video camera pointed at the entrance of two student bathrooms, despite objections from Nova Scotia’s privacy commissioner.

The camera was one of several at the Rankin School of the Narrows in Iona that was streaming live images to the internet last year because no one set the password on the surveillance system.

« Based on the evidence we have, it is not an authorized collection of personal information, so it isn’t in compliance with the law, » said Catherine Tully, Nova Scotia’s information and privacy commissioner.

Insecam.org, a Russian-registered website, accessed the unsecured webcam and broadcast a live stream of the boys’ bathroom entrance until CBC News alerted school officials in May 2017. 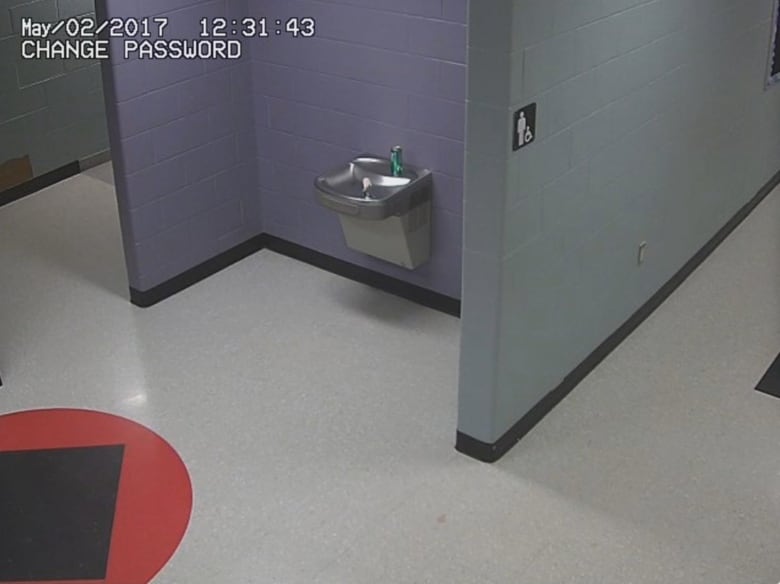 One of the cameras was pointed at the school’s water fountain. (CBC)

The Cape Breton-Victoria Regional Centre for Education declined an interview Wednesday and would not comment specifically on the bathroom camera. However, a spokesperson said in an email that staff have since secured all surveillance cameras behind firewalls.

« We are committed to taking the steps necessary to protect personal information while balancing our responsibility to ensure student safety and security, » she said.

But Tully said the need for a camera pointed at the bathroom entrances has not been established.

« Taking video of children going in and out of a bathroom seems to me more sensitive than a lot of other places you could put a camera, » Tully said. 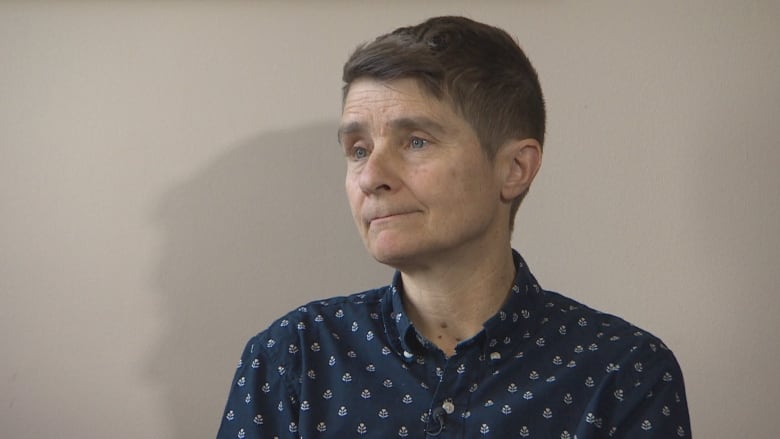 Catherine Tully is Nova Scotia’s information and privacy commissioner. Unlike in some other provinces, Tully’s recommendations are not binding. (CBC)

After Tully recommended removing the bathroom camera in October 2017, school officials adjusted the camera so that it also points at the entrance to the girls’ bathroom.

« That just made it worse, » said Tully. « That’s the bottom line. It was a problem on the boys’ and now it’s twice the problem. »

Recommendations made by the province’s information and privacy commissioner are not binding unlike in some other provinces, including Quebec, Ontario, Alberta, British Columbia and Prince Edward Island.

Tully believes the school bathroom camera is an example of why the legislation needs to change.

Tully said if she had enforcement powers under the Freedom of Information and Protection of Privacy Act, the school bathroom camera wouldn’t last. 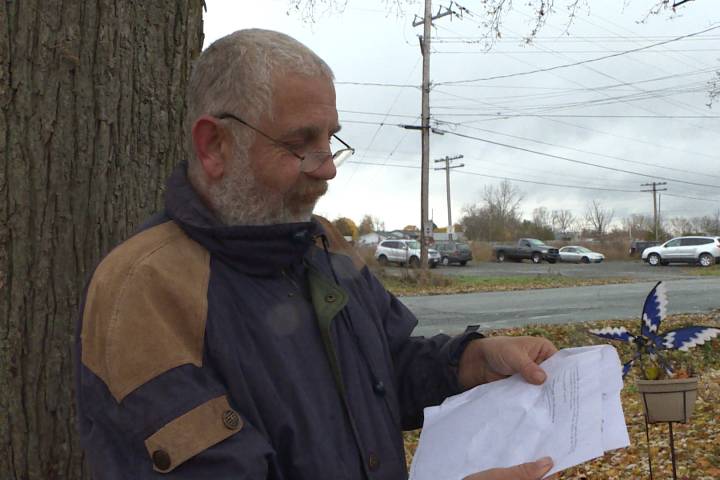 Scott Drader stands in his front yard reading a final notice from lawyers hired by the township of Greater Napanee.

It essentially says eight trailers and the 10 people living in them have to be removed from the property of his Dairy Avenue home by the first week of December.

Drader has been in a legal battle with the town for nine months over the issue.

He got the trailers to try and help homeless people in the area, that he says have nowhere else to go.

Drader spent roughly $11,000 on the mobile homes and charges $450 a month to cover expenses like electricity and heat.

Drader says even Family and Children’s Services has used him as a stop gap to keep a roof over the heads of teenagers in their care.

The problem, according to Drader, is his home doesn’t have the proper zoning for the number of trailers he has and adds he couldn’t afford the cost of the zoning change.

Drader says he has until Dec. 3 to remove the trailers and the people or he could end up owing the township a lot of money.

Drader is now trying to sell the trailers and says he’ll continue to do what he can for the people he’s tried to help.

“If these people do have to go in tents, then I will purchase them tents.”

Brianna Payne was at Drader’s property visiting a friend who lives in one of the trailers while Global Kingston was interviewing Drader.

Payne said she has lived in the trailers off and on as well, but she’s concerned for her friend’s welfare right now.

“It does keep people off the streets and not freeze, but it just disappoints me to have to see my friend find a place to go. It hurts me.”

Drader says once he gets the trailers removed, he plans to move away from Napanee.

“I love this town. I’ve been in this town for 40 years, but I don’t like the way the town treats the people.”