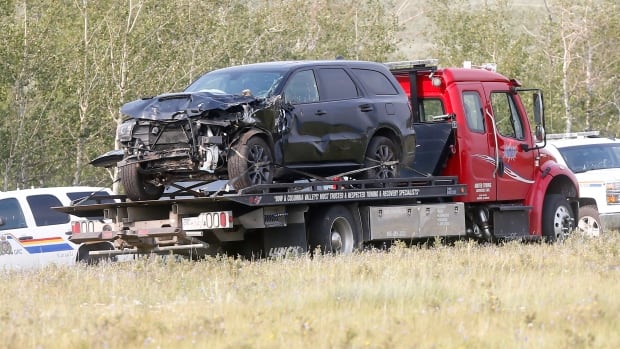 Horst Stewin, 60, was randomly shot in the head on an Alberta highway this summer.

« He is still very limited when it comes to communications, so he cannot speak and he can’t walk … which has a huge impact of course on his life and of everyone else, his family, » Honorary Consul Hubertus Liebrecht told CBC News in a phone interview, his first time speaking to media since the incident.

While driving from Banff to Calgary with his wife, his son and his son’s girlfriend on Aug. 2, another vehicle pulled up beside them on Highway 1A.

Stewin was shot in the head near the Morley rodeo grounds, about 55 kilometres west of Calgary. He was flown back to Germany and had the bullet lodged in his head removed.

The trip to Alberta was a 60th birthday present for the man, Liebrecht said.

The 16-year-old accused of shooting him is out on bail and court-ordered to live with his grandmother as a condition of his release.

The details of the alleged crime discussed during the bail hearing in the Provincial Court of Alberta are all protected by a publication ban. The Youth Criminal Justice Act protects the teen’s identity.

Liebrecht raised $13,435 for the family through a GoFundMe to help pay for expenses in Alberta and to get back home.

« Canadians contributed in a really impressive way, » the honorary consul said. « Especially the comments were very touching in many ways and I forwarded them all to the family. »

But Liebrecht said the family still has major financial challenges ahead.

Stewin was a 50 per cent shareholder in his company, and his business partner had a stroke last year.

« So, now the company is in a difficult position as well, which creates financial stress, » Liebrecht said. « It’s very difficult to really make a reliable forecast at this point but he will never be able to work again, that seems to be sure. »

Liebrecht said he’s been contacted by many tourism agencies in Germany since the incident, inquiring about safety in Alberta.

He said he feels the shooting was a one-time incident, but noted all parties involved will be carefully watching what happens now in the court proceedings.

With files from Elizabeth Snaddon