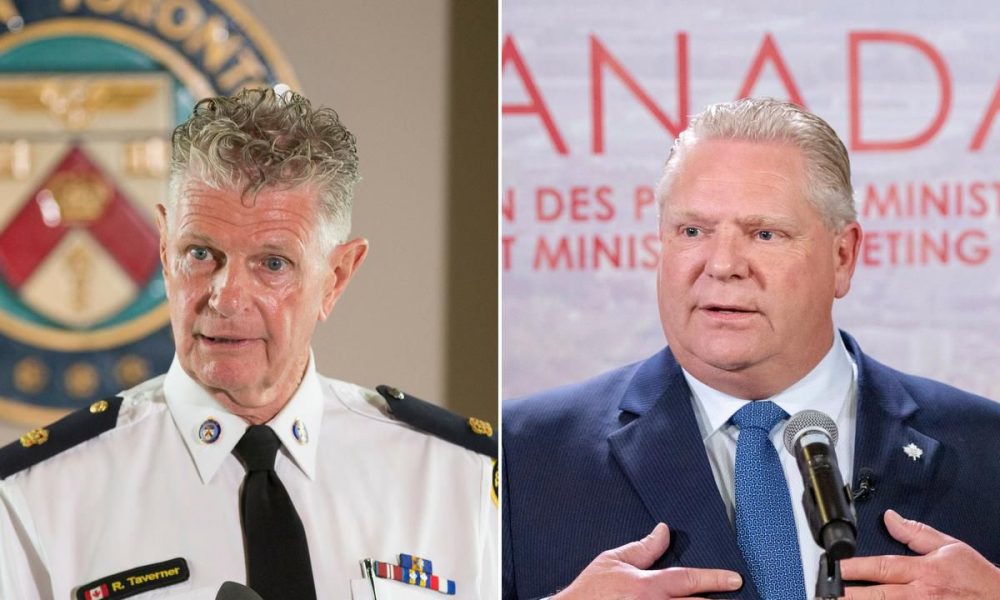 Back to the drawing board.

Horwath said Ford needs to rethink the hiring of his friend Ron Taverner, a Toronto police superintendent, as OPP commissioner because the process has become so tainted.

“Enough is enough. We cannot jeopardize the integrity of our provincial police force and move forward with a political appointment that’s in the best interest of Doug Ford,” she said Tuesday.

“If Ontario’s Provincial Police are going to do its job effectively, there cannot be any doubt about their impartiality or their independence,” said Horwath.

“Now that the Ford government has undermined the investigation into Taverner’s appointment, the people of Ontario, including police officers, will never have full confidence that Taverner is independent, and that his appointment was not a political move by the premier’s office, designed to install someone to protect Ford and do his bidding,” she said.

While the premier has insisted he had “zero influence” on the controversial hiring of his pal, he said two weeks ago that “it’s a political appointment.”

“If I wanted to, I could appoint you OPP commissioner,” Ford told CP24’s Nathan Downer on Jan. 14.

On Monday, Jones said in an interview with the Globe that she expected Taverner to become commissioner after ethics watchdog J. David Wake completes an investigation.

Wake is examining whether the premier broke the Member’s Integrity Act with the appointment. The close relationship between Ford and the 51-year Toronto police veteran has raised concerns about the independence of the OPP.

Taverner, who did not return a message from the Star seeking comment, has resumed his Toronto police duties in Etobicoke while Wake continues his review.

The Star revealed Friday that the integrity commissioner has interviewed OPP Deputy Commissioner Brad Blair, a runner-up for the $275,000-a-year post.

Blair, who is in court to try to compel Ontario ombudsman Paul Dubé to investigate the Taverner hiring, has alleged there was political meddling in the appointment.

Dubé has said he does not have jurisdiction to do so.