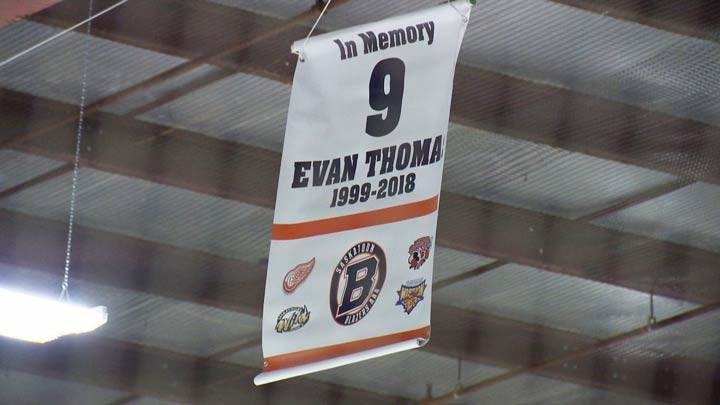 The Saskatoon Blazers retired No. 9 Wednesday in honour of Evan Thomas, who passed away in the Humboldt Broncos bus crash.

This was the first-ever jersey retirement for the Saskatchewan Midget AAA Hockey League (SMAAAHL) team as No. 9 was raised to the rafters at Rod Hamm Memorial Arena. Evan played with the Blazers during the 2014-15 season.

Evan, 19, was in his first season as a forward with the junior A hockey team when he died in the collision between the team’s bus and a semi-trailer on April 6. Sixteen players and staff were killed in the crash and 13 others were injured.

“Thank god not a lot of families have to go through what we’ve had to. But, on the flip side we are so honoured that Evan’s number is going to be up here,” Evan’s father Scott Thomas said.

“Again, it’s not why we want to pay tribute but we’re extremely proud that he is the first. It will be an important night, and he’s very deserving of the honour,” Blazers head coach Scott Scissons said.

The Blazers went on to beat the Moose Jaw Generals 3-1 in SMAAHL action. 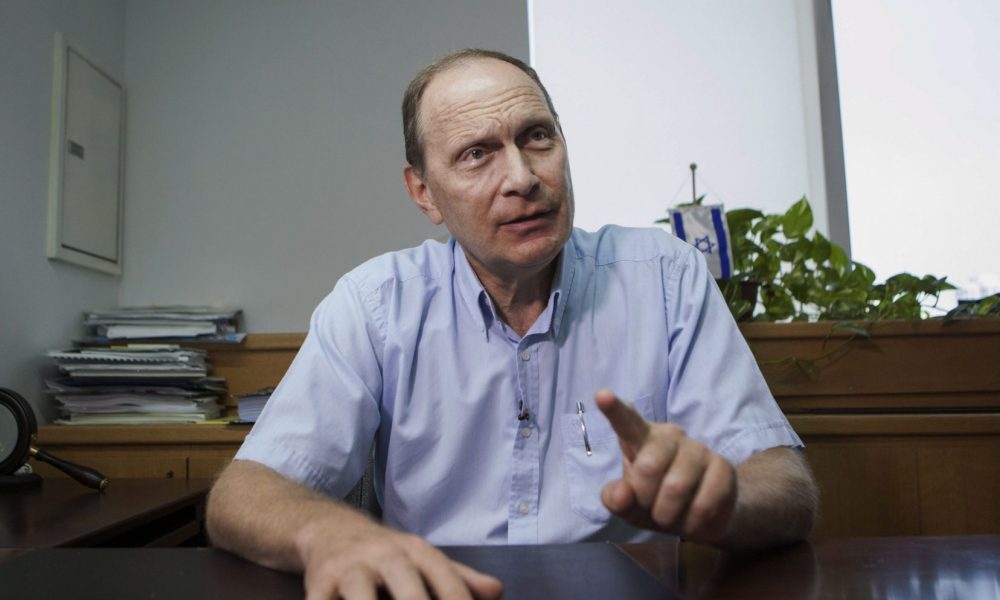