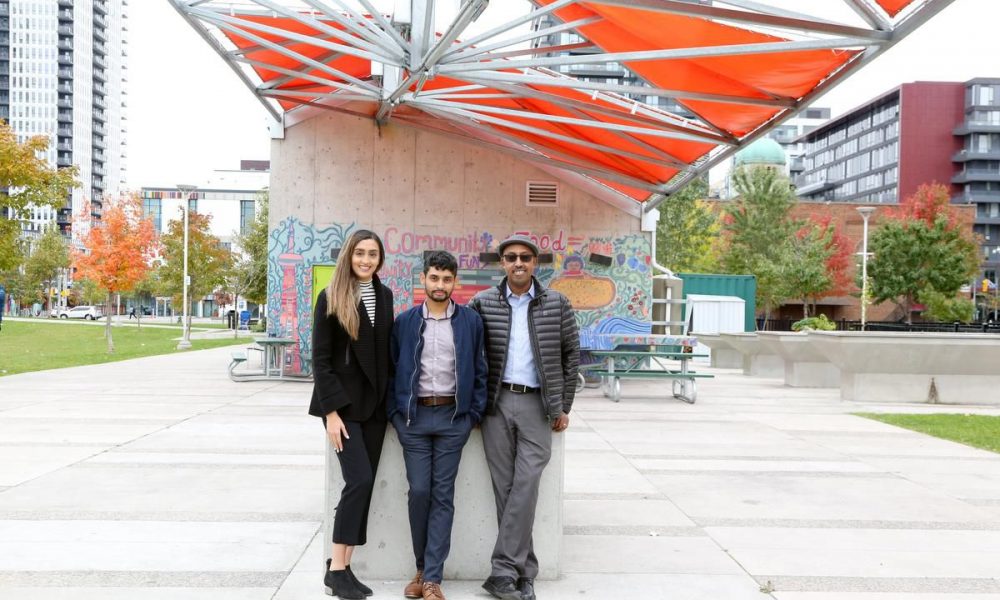 “I’ve been living in Regent Park for 22 years now,” Saquib Hassan says. “I saw the different stages of the revitalization process and learned what community development really is, and what gaps need to be filled.”

When most people think of the massive Regent Park revitalization, they picture the new buildings, but less visible is the upheaval residents experience. However, just as those buildings had architectural blueprints to guide their construction, a social development plan, created by residents themselves, aimed to ensure social cohesion during and after the revitalization. To ensure it succeeds, the United Way is helping create a new $1-million Social Impact Fund to fill some of the gaps Hassan speaks of.

“This community impact investment fund asks how can we continue to activate some of the recommendations in the social development plan,” says Ruth Crammond, vice-president of community investment and development at the United Way. “You can change the built form of the community, but it’s really important to look at the social fabric and how all the people interact together.”

Some of the community-identified priorities the fund will contribute to are neighbourhood safety, access to space for meetings and group activities, improved communication and employment opportunities, as well as other projects residents will propose.

The United Way was approached by a coalition that included local residents; the Daniels Corporation, which has been building the new Regent Park; the City of Toronto; the Toronto Community Housing Corporation; and other community service agencies in the area. They were tasked with helping these partners create and manage the fund, and to figure out who is eligible to apply for it. That last part is important; the fund is being designed to be open to as wide a variety of applicants as possible.

“The plan is still coming together, but there will be four tiers of groups and individuals who can apply,” explains Hassan, who has been part of the steering committee developing the fund.

The tiers include individuals with a project idea, local grassroots groups, larger grants for established groups and a final tier for collaborations between residents and organizations from outside the community.

“It ensures people aren’t left out of the process and that residents are always involved,” he says.

Though fundraising is still underway, the fund was launched with a $250,000 gift from Daniels.

“It’s been a really awesome process to sit around a table and co-create the fund,” says Heela Omarkhail, senior manager of strategic initiatives at Daniels. “For me, representing a donor, that has been the most amazing part: to come into it not telling people what the fund is, but asking them how they’d like to be a part of it and what they’d like it to do for this community.”

One of the social service agency partners involved is the Regent Park Community Health Centre at Parliament and Dundas Sts., active in the community for nearly 50 years.

“One of the most important indicators of wellness is a sense of belonging,” says Paulos Gebreyesus, executive director of the Regent Park Community Health Centre.

The centre, one of the service agency partners in the fund, has been active in the community for nearly 50 years and understands that social conditions have a tremendous effect on an individual’s health.

“We’ve seen the risk of alienation for long-term residents who see their neighbourhood radically transformed, and the alienation of families returning to the neighbourhood who are trying to reorient themselves to this new space, and we’ve seen other Torontonians who’ve chosen to make Regent Park their home.”

Gebreyesus says he and his organization want to nurture a sense of belonging and that an effective way of doing that is getting people involved in the process. That requires time and money — resources many residents don’t have — but the fund can help them participate and give a sense of control over the changes they face.

“Here’s my little piece, here’s my contribution to the change,” says Gebreyesus of that empowering feeling. “I think that’s a really important element of feeling at home, feeling like you belong and that you have a role to play and a voice.”

The fund should be launching the application process in early 2019 and have projects started by spring. Once up and running, the hope is it will be a model that can be replicated and adapted to the needs of other communities.

For his part, Hassan, who recently completed a political science degree at the University of Toronto and is thinking about law school, would like to see projects that are intergenerational and bridge the condo and social housing communities.

“There’s a lot more that we have in common than we think,” he says. “I want to see projects with condo residents alongside social housing tenants, and some of the most valuable things I’ve learned are from my elders. That mentorship is so important; youth can learn a lot from people who’ve been here a while.”