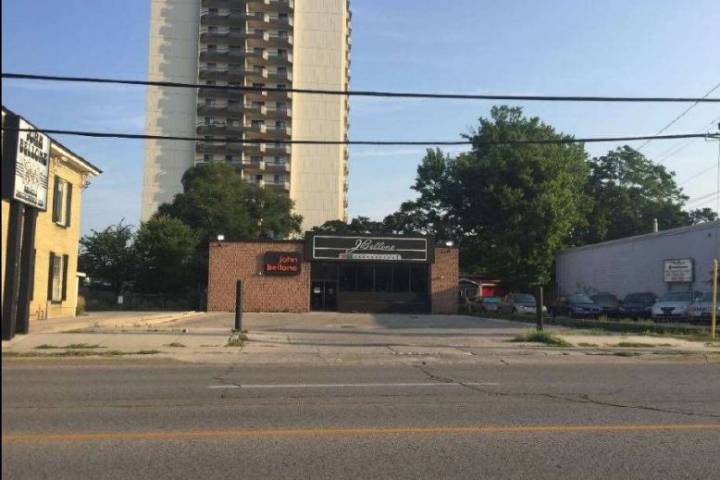 London city council has approved the rezoning of 446 York St. to allow for a supervised consumption facility.

The nod came during council’s meeting at city hall on Tuesday, nearly nine months after a deal was struck with the landlord of the York Street location.

The week prior, London’s planning and environment committee hosted a public participation meeting that was marked by a lengthy debate among members of the public.

However, council’s Tuesday evening discussion on the matter was quite the opposite, in that it ran less than five minutes.

The only vocal opposition came from Ward 2 Coun. Shawn Lewis.

“I’m basing this decision on zoning, not on the value of an overdose [prevention] site,” said Lewis.

“We do need one, I’m just not convinced this is the location.”

A vote of 12-2 fell in favour of the rezoning, with Lewis and Ward 14 Coun. Steve Hillier voting no and Ward 11 Coun. Stephen Turner abstaining due to his employment with the Middlesex-London Health Unit.

It was during another reading of the rezoning motion that Lewis changed his mind to the tune of the majority of his political peers.

“Democracy has had its day, and I certainly support the fact that you all want to see this move forward,” said Lewis.

The nod from council was given praise by Mayor Ed Holder, who campaigned on a pro-supervised consumption facility platform during his election.

“We’ve got to get this right, and the other part of that is doing appropriate wraparound services. It was part of the discussion I had with the premier when I met with him last week… we’re looking for that additional support.”

Ward 5 Coun. Maureen Cassidy voiced similar praise for the approval, adding that London is “a medium-sized city with a big-city drug problem.”

As for residents living near the York Street location, the mayor said they will remain a top priority for council moving forward.

“One of the things we’ve been assured by the medical officer of health is the importance of putting security around the perimeter of the building and in that area,” Holder said. “I think that speaks to the safety concerns that certainly the Middlesex-London Health Unit believes is important, and we believe is important, too, in terms of safety of residents and the safety of all Londoners.”

While federal approval has been granted for the city’s applications for consumption and treatment service sites at 446 York St. and 241 Simcoe St., council has not yet been presented with a rezoning application for the latter location. 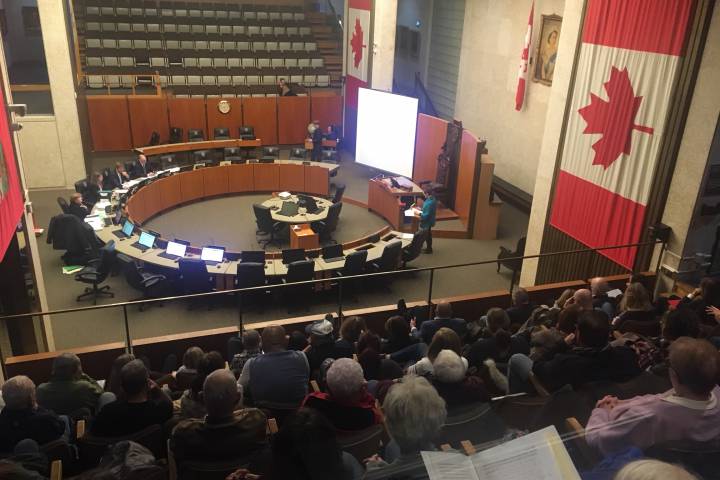 The Bruce Oake Recovery Centre took another step to becoming a reality early Wednesday morning after a marathon public hearing at city hall lasting for more than six hours.

More than 60 people were in the crowd at the Assiniboia Community Committee Meeting. Typically, these meetings are held in a smaller room, but this one was moved to the council chambers to accommodate the crowd.

The committee approved a rezoning and conditional use plan but it will still have to go through the Standing Policy Committee on Property and Development, Executive Policy Committee and City Council before getting the go-ahead.

The Bruce Oake Recovery Centre is planned to be a 50-bed long-term addictions treatment centre at the old Vimy Arena site in the Crestview neighbourhood.

While the vote was on the rezoning of the land, dozens of people both for and against the centre came to voice their opinions on the project.

Many of those against it live in the neighbourhood. They say the increase in traffic and safety is a concern, property values will decrease and they will lose green space and recreation space.

“I realize rehab facilities are important, but so are young people,” Vicky Fedyk, who has lived on Vimy Road for 47 years, said.

“And recreation prevents them from getting caught up in the drug scene.”

Several former drug addicts and families of those who lost family members voiced their support for the centre along with nurses and residents in the area who think it is much needed.

”We can help make Bruce’s life mean something and we can make sure it doesn’t happen to anybody else,” Scott Oake, father of Bruce and head of the centre’s board of directors.

Barb Ashley lost her son to addiction earlier this year and said he went to a treatment facility in Vancouver. But when he returned to Winnipeg, the drug issues returned and he was put on a waiting list at the Addictions Foundation of Manitoba, unable to get the help he needed.

“If there had been a facility [in Winnipeg], he would have been able to access post-treatment supports and integrate back into the community,” Ashley said.

Oake said if rezoning goes in their favour, they will launch a capital fundraising campaign. He said they have already raised a significant amount, and they have people “ready willing and able” to write substantial cheques.

Things were much calmer than at an information meeting in the summer when supporters and opposers got into loud arguments about the centre.

The proposed plan for the three-acre plot of land would see it divided into lots. The first lot is 2.45 acres and would be rezoned from parks and recreation land to a residential multi-family area.

The remainder of the land would be used for green space.

If the rezoning process is approved, the province would be able to buy the land from the city and lease the $1.43-million plot of land to the centre for $1 a year.

Most of the arena would be torn down to build the recovery centre, except for a third of the western rink surface which would be used for a public gymnasium if it was possible to reuse the site. If not, a new gymnasium would be built.

The facility would be the only long-term treatment facility in Winnipeg and would cost nothing for those attending. The centre said no detox will occur and residents must be clean when starting their journey. Approximately 25-30 staff and professional support members would be on site throughout the day.