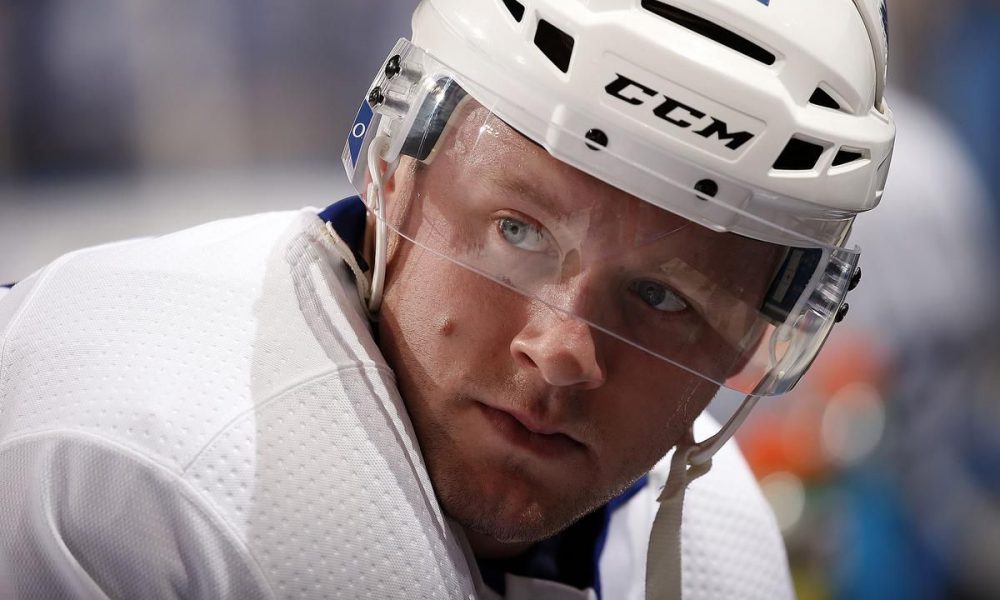 SAN JOSE—Ask Morgan Rielly why he doesn’t like talking about how good he’s been and he tells you, “because it’s stupid,” but he doesn’t mean that, not really. He’s just kidding. He can be really funny, Morgan. He’s quick on his feet, and he seems so confident, especially now. He seems like he has it all figured out.

Wait, what? On the ice or off?

You’d never know, unless you knew him when. When Rielly was a kid he was athletic, competitive as hell, but shy; he hated going to camp and meeting new kids. His family was close-knit and largely content with that. Rielly still has the same friends that he made in fifth grade playing hockey. They’re the people he’s most comfortable with.

He has changed, sort of. This season, the 24-year-old Rielly has leapt to a new place, a different place. He has 24 points in 19 games; it’s about twice his career-best points per game. He is jumping into the rush at the right time; his decision-making is unhindered by second-guessing. He credits his Leaf teammates mostly. He doesn’t look like he’s nervous.

“Well, around here I’m not like that, because I’m comfortable,” says Rielly. “But when you’re put into a new situation, I get nervous all the time. But I don’t as much anymore when I’m in this environment. When you’re around your teammates and your coaches.”

“Well, he’s a guy who always seems like he’s been comfortable in his own skin, so if he’s finding a new level of comfort then you have to believe that he’s very confident right now,” says backup goaltender Garret Sparks. “You never see the insecure side with him, right? It’s interesting that he said that because I don’t think he gives off that vibe, ever.

“I think it’s a talent that he’s able to suppress that and not show so much of it. And stuff like that takes time. If it’s taken him five years to reach that level of comfort, obviously something like that takes a little bit of time.”

That is about what it took. When Rielly started in the league he wasn’t sure of himself, and part of that was that he didn’t want to be seen as a cocky kid, holding court; he wanted to respect how good the league was, and the process of finding a foothold there. As he says, “you want to be a normal guy.”

“I’ve always been nervous and you know, feeling like I have a ways to go in order to establish myself,” says Rielly. “You want to earn your spot, and it takes time. You’ve got to earn your spot. And then as that happens you earn confidence and you get more comfortable. So it’s a process.

“I mean, take Auston (Matthews) as an example. He came in and he’s a confident guy, knowing how good he was. I wasn’t really like that. It takes time to earn that for some people, and with Auston, with (Connor) McDavid, with almost Mitch (Marner), you come in and you’re confident and you’re comfortable and you know that you’re going to be able to put up points and play well.”

But Rielly doubted himself, and then he was dropped into the Mike Babcock preparatory academy: grinding minutes and defensive assignments. And slowly, day by day and year by year, he earned confidence. Let him tell it.

“I think it just happens over time,” says Rielly. “You go to the world championships and you play big minutes, that’s a big step. The World Cup, you play well, you’re in a leadership role, that’s a big step. You come here, you play for a good team, a good coach and a good group, and you just get comfortable. You just become kind of in a good situation and you feel like you’re able to thrive.

“I mean, I think I don’t really make as many mistakes. You know, people used to tell me if you’re a good player, all you have to worry about is limiting mistakes, because the other 90 per cent of the time if you do the right thing — which if you’re a good player you will — then you’re not making pointless mistakes that are just lazy or, for lack of a better word, just dumb. And you’re going to be fine.

“I think that I don’t have a lot of limitations when it comes to ability. Like, strength and speed, I think I train hard enough in the off-season that I’m always ready to go. And the more comfortable you get and the smarter you get — because a lot of playing defence is just brain power, learning from previous mistakes and just getting better. You know what I mean? Just understanding the game more. The more you learn, the more comfortable you get in that position. There’s no excuse not to get better. Until your body starts to give out on you a little bit, you get to an age, it happens to everyone, your legs start to go.

He wants this to be his normal. He wants it to be what’s expected. Watching Rielly this season is like seeing wheels catch after wading through the mud, and he’s his most confident self now. He’s at home. Before the San Jose game Thursday, Rielly was standing there in his sharp grey suit and teammate Connor Brown wandered by, lost in a cinder-block maze full of unlabelled grey doors. “That way, legend,” said Rielly, pointing to the right one. Nazem Kadri followed and Rielly sent him in the right direction, too. He knew where to go. He was sure of it.