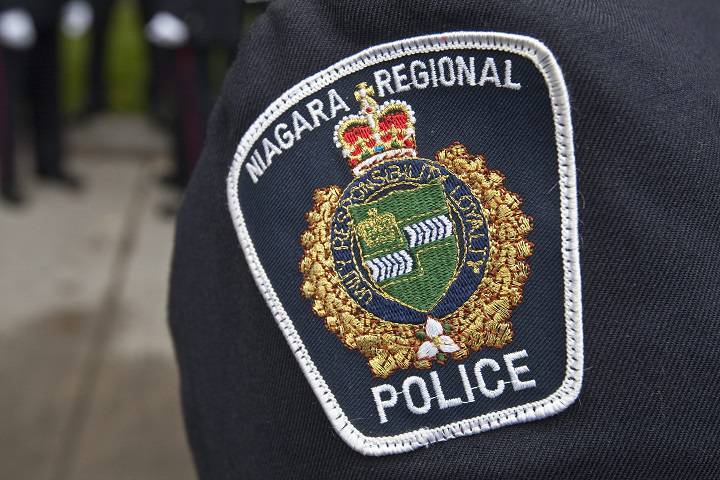 Niagara Regional Police believe the same suspect is responsible for an assault and attempted robbery at a gas station in West Lincoln, as well as a bank robbery in Grimsby.

After getting some gas, police say the suspect entered the store, produced a knife and allegedly assaulted the employee while demanding money.

However, the gas station attendant was able to fight off the suspect who took off in the stolen truck.

Just over an hour later, police say the same man went to the Canadian Imperial Bank of Commerce on Main Street in Grimsby, where he approached a teller and allegedly demanded money.

He reportedly got some cash and again, took off in the pickup truck.

The suspect is described as white, 30-35 years old, five-foot-nine, 160 pounds with short dark receding hair. He was wearing dark pants with a black hooded sweatshirt with “RAPTORS” printed on the front in red lettering.